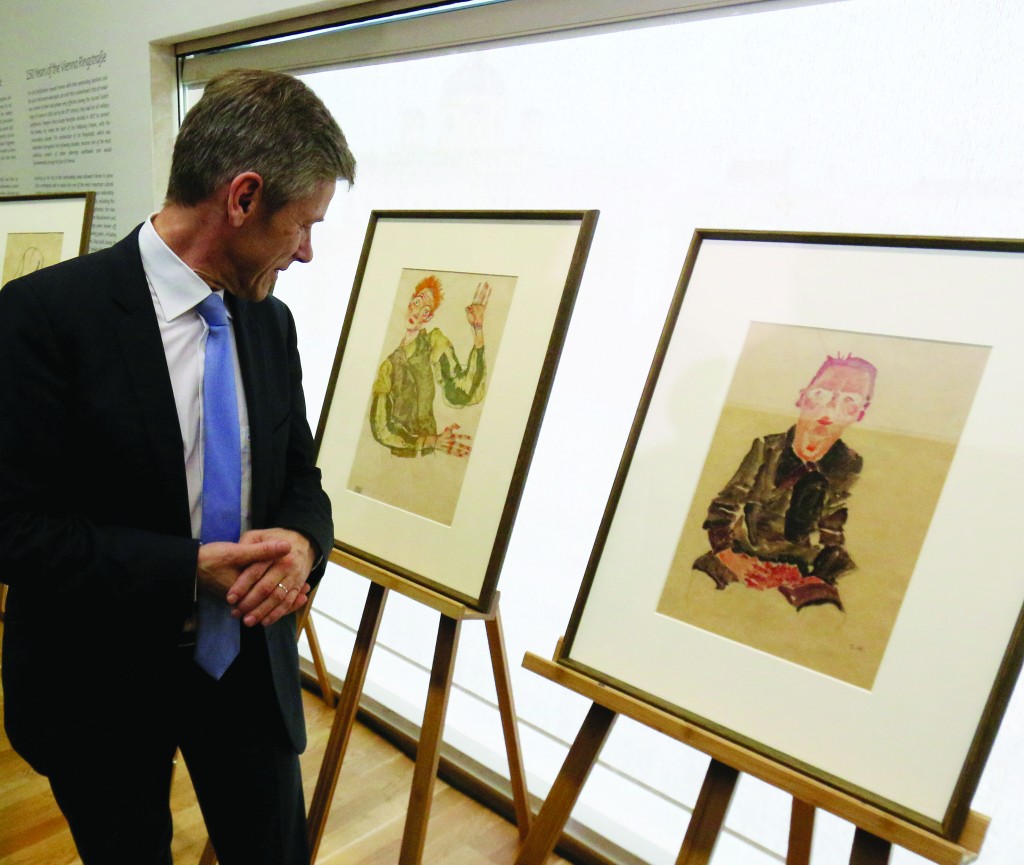 A bipartisan bill introduced in Congress last week seeks to make it easier for the heirs of artwork stolen by the Nazis to reclaim their long-lost property. The Holocaust Expropriated Art Recovery Act (HEAR) aims to extend statute of limitations laws. The authors of the legislation say this will provide a fair opportunity for claimants to have their cases heard.

“These lawsuits face significant procedural obstacles, partly due to state statutes of limitations, which typically bar claims within some limited number of years from either the date of the loss or the date that the claim should have been discovered,” reads part of the bill. “In some cases, this means that the claims expired before World War II even ended.”

Although looting of art and other property obviously dates back to the time of the Second World War, in many cases documentation has only recently become available to the heirs of these items. In the last two years, litigation and other attempts at restitution have been stepped up. The controversy surrounding the Gurlitt art trove, a large and valuable collection containing many works looted by the Nazis that was discovered in Munich in 2012, has garnered much media coverage and brought attention to the issue.

“The phrase ‘never forget’ is more than a slogan,” Sen. Cruz said. “‘Never forget’ means working to right all the terrible injustices of the Holocaust, even if many decades have passed. The HEAR Act will empower the victims of this horrific persecution, and help ensure that our legal system does everything it can to redress the widespread looting of cultural property by the Third Reich.”

HEAR would establish a six-year statute of limitations, which would only commence upon the time of “actual discovery,” when heirs gain solid information as to the locations of the artwork in question and establish evidence for their claim.

“Seventy-one years after the end of the Holocaust and Hitler’s terrifying regime, victims are still identifying possessions that have been missing all these years,” Sen. Schumer said. “This legislation helps provide these families their day in court, ensuring that the heirs of Holocaust victims are given the opportunity to bring their art back home.”

Mel Urbach, an attorney who specializes in recovering items lost or stolen during the Holocaust, was among those involved in lobbying for and drafting the current bill.

“It took 60 years to find the mountains of hidden documents kept in unpublished and secret archives in Germany,” he told Hamodia. “These led to the uncovering of thousands of items that had been stolen from the homes of Jewish Holocaust victims. The HEAR Act will allow us to assert claims that may have been time-barred.”

The Foreign Sovereign Immunity Act of 1976 allows for plaintiffs to file suits against Germany and other nations in American courts under certain circumstances. Mr. Urbach said that this legislation would be especially helpful in cases litigated under this law. He said the amount of items “tainted by the Shoah” that remain in museums and private collections is still in the “thousands,” and added that while the bill is limited to art, its supporters believe it will “encourage the settlement of other claims” as well.

“During the 12 years and three months of Nazi terror, millions of people were murdered,” said Mr. Urbach. “They were also robbed of their homes, their belongings, their culture and their identity. This was the greatest theft in history and the details are horrific. Today, private collectors and museums are infused with legal and moral responsibility that has spread from Germany to many other countries, including the United States and Great Britain. It is our job to obtain recognition for the victims — recognition of their lives, their homes and their possessions they once had. This is our mission. Germany has deviated from the path of moral justice. Perhaps the HEAR Act will be a wake-up call.”