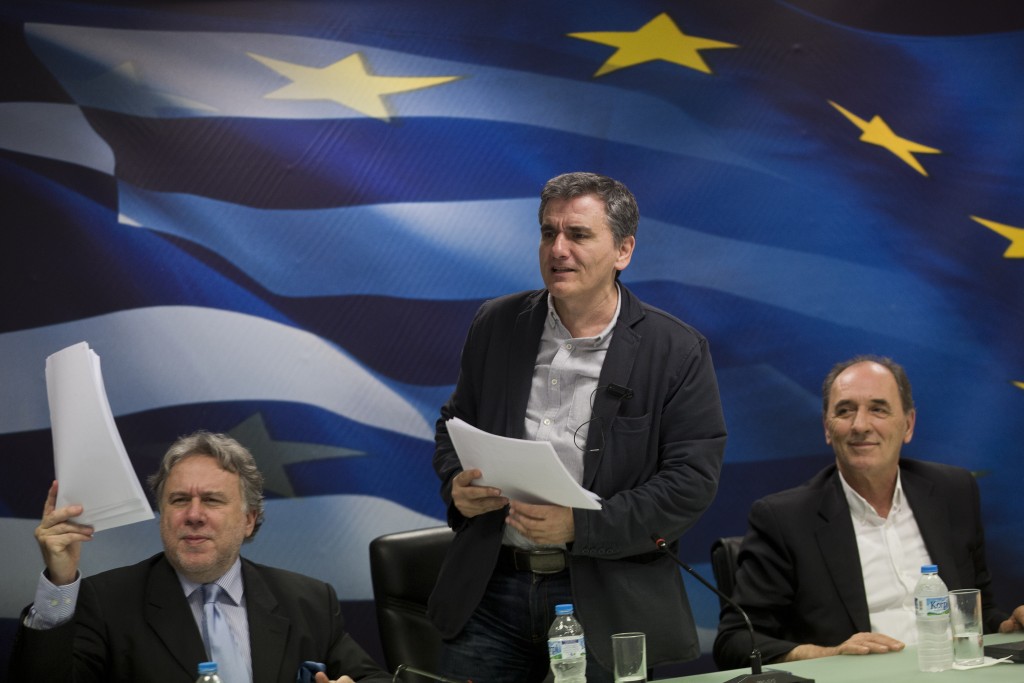 Talks between Greece and its bailout creditors over the country’s next economic reforms efforts have been suspended until next week but Athens said Tuesday that an agreement that would trigger debt relief discussions was getting nearer.

Finance Minister Euclid Tsakalotos said the meetings in Athens would resume Monday, with an aim to reaching an agreement by April 25–26 when he is due to meet with his peers from the 19-country Eurozone.

“We are very close to reaching an agreement. We have a credible package of measures that is ready,” Tsakalotos said after overnight negotiations failed to yield a breakthrough.

He said that both Greece and its creditors from the Eurozone and the International Monetary Fund agreed that progress has been made. He also said agreement over new tax scales and a major reform of the country’s pension system was close enough to allow draft legislation to be submitted to parliament next week.

“The legislation will be passed by the end of the month and there is time to make adjustments,” Tsakalotos said. “It’s right that we need to listen to the opinion of the institutions. But as a sovereign country, we have the last word.”

Greece has depended on rescue loans since 2010, and signed up to a third bailout last summer — worth up to 86 billion euros ($98 billion) — after the government ditched its anti-bailout policies to prevent a messy Greek exit from the Eurozone. In return for the money due from the bailout fund, Greece has to implement an agreed set of reforms.

“It is a complicated and multilayered negotiation with many players who do not agree among themselves,” Tsakalotos said. “We have no reason to delay. If Greece is to turn a page on the economy, we have to finish this review and move on to debt relief.”

Greece’s left-led government is hoping to conclude the talks as soon as possible, as that would allow promised negotiations with creditors on easing the country’s crippling debt load to start. Despite years of austerity measures, Greece’s debt is expected to reach around 325 billion euros, or 190 percent of the country’s annual GDP this year, a level that is considered unsustainable in the markets.

Though an outright reduction in Greece’s debt burden is not anticipated, creditors have said they will look at whether they can further relieve the actual repayments. Measures may include further extending repayments way into the future and/or cutting the interest being charged on the debt.

The latest proposed economic reforms have prompted months of protests by professional associations and unions, which fear a rash of new business closures.

Greece’s largest union, the GSEE, is planning a 48-hour general strike at the end of the month. “Our fight will continue until the government abandons measures and policies that have already battered working rights and all of Greek society,” a union statement said.

The new pause in the talks, which were originally scheduled for completion last October, will allow officials participating in the negotiations to attend an IMF meeting in Washington this week.

The main sticking points are demanded cuts in pensions under a sweeping reform package designed to keep the tottering system alive, tax reform, and the degree of protection accorded to individuals and companies struggling to repay their bank loans.

The Labor Ministry said agreement or significant progress has been achieved on the proposed pension reforms, insisting that there will be no reductions in basic pensions. It also said its proposals for a core national pension of 384 euros ($438) have been accepted.

Greek government spokeswoman Olga Gerovasili insisted Greece would honor its bailout commitments, but accused the IMF of dragging its feet during the negotiations.