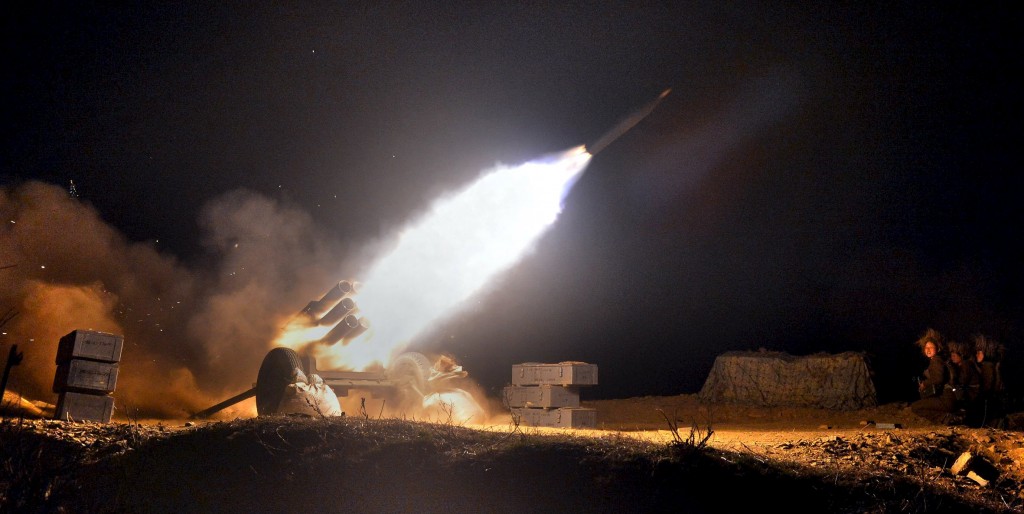 Ahead of a rare ruling party Congress next month, secretive North Korea is revealing details of its weapons development program for the first time, showcasing its push to develop long-range nuclear missiles despite international sanctions.

Until recently, information on the North’s weapons program was hard to come by, with foreign governments and experts relying on satellite imagery, tiny samples of atomic particles collected after nuclear tests and mangled parts and materials recovered from long-range rocket launches.

No longer. In just over a month, the North has published articles with technicolor photographic detail on a range of tests and other activities that point to fast-paced efforts to build a nuclear-armed intercontinental ballistic missile (ICBM).

The reason for the revelations, many analysts say, is that Pyongyang believes convincing the world, and its own people, of its nuclear prowess is as important as the prowess itself. Nevertheless, isolated North Korea’s true capabilities and intentions remain unknown.

DPRK stands for Democratic People’s Republic of Korea, the North’s official name. The reclusive state has conducted four nuclear tests in the past 10 years, the last in January.

In its latest revelations, North Korean state media reported on Saturday that the country had carried out a successful test of a new ICBM engine. Pictures showed what experts said were the engines of two Soviet-designed R-27 missiles clustered together, ejecting two exhaust plumes.

The claims indicate the North has no intention of slowing down, despite last month’s United Nations sanctions and stern warnings from Washington and elsewhere, said Michael Elleman, a U.S.-based rocket expert with the International Institute for Strategic Studies.

“The revelations, pronouncements and ‘tests’ appear to be part of a campaign to establish the narrative that Pyongyang has, or will soon have, a nuclear-armed, long-range missile that could threaten the U.S. mainland,” he said.

“Each unveiling, if real, would be part of a structured program aimed at developing the capability. The open question is: How real are these tests?”

The activities are likely to be watched closely by U.N. experts assigned to enforce sanctions prohibiting the North from engaging in work that involves ballistic missile technology.

There is an increasing feeling among international arms experts that North Korea’s capability may be more advanced than previously thought. It could have a primitive but operable ICBM “later this decade,” said a U.S. government source with intelligence on the North’s weapons program.

Overcoming such skepticism, and fueling alarm for its neighbors and the United States, may be the intended effect, with significant domestic propaganda value ahead of the May ruling party congress, said Yang Moo-jin of the University of North Korean Studies in Seoul.

“To a normal military, arms development is supposed to be classified,” he said. “But Kim Jong Un had years of the South and the U.S. putting his military down, so now he wants to maximize the perceived threat of what he’s trying to develop.”

The recent ICBM engine test followed the March test of a solid-fuel rocket engine and a simulated test of atmospheric re-entry of a missile warhead.

Kim has vowed another nuclear warhead test soon, which would be the country’s fifth. Some analysts say it could be timed to take place just before the congress, at which Kim is likely to unveil an official policy of twinning economic development with nuclear capability.

Kim also claimed in March that his country has miniaturized a nuclear warhead to be mounted on a ballistic missile. Media reports displayed a spherical object and a jubilant Kim standing before a large rocket-shaped object similar to the KN-08 ICBM.

The choreographed manner in which the weapons tests appear to be taking place also points to political posturing rather than rigorous technical examination, some analysts have said.

Given the North’s secrecy, penchant for bombastic propaganda and history of manipulating photographic and video images, its claims are still met with plenty of skepticism.

“I am still not convinced that everything really is what they want us to believe it is,” said German aerospace engineer Markus Schiller, who has closely followed the North’s missile development program.