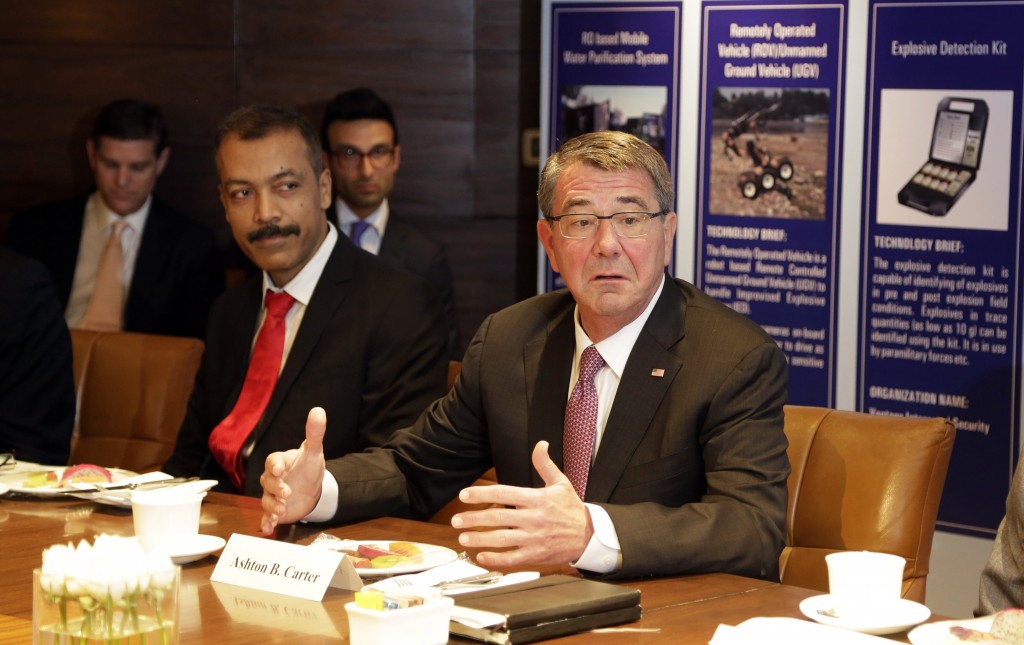 India and the United States have agreed in principle to share military logistics, U.S. Defense Secretary Ashton Carter said on Tuesday, as both sides seek to counter the growing maritime assertiveness of China.

Washington has been urging New Delhi to sign the Logistics Support Agreement that allows the two militaries to use each other’s land, air and naval bases for resupplies, repair and rest.

But after years of dithering, the two sides said an agreement was in hand, although not yet ready for signing.

“We have agreed in principle that all the issues are resolved. We now need to finalize the draft,” Carter said after talks with his Indian counterpart, Manohar Parrikar.

New Delhi has had concerns that the logistics agreement will draw it into a military alliance with the United States and undermine its traditional autonomy. But Prime Minister Narendra Modi’s administration, faced with an assertive China, expanding its influence in the South China Sea and into the Indian Ocean, has signaled its desire to draw closer to the United States. Also, China is  a close ally of India’s arch rival, Pakistan.

New Delhi is keen to access U.S. technology for Modi’s “Make in India” plans to build a domestic defense industrial base and cut expensive arms imports.