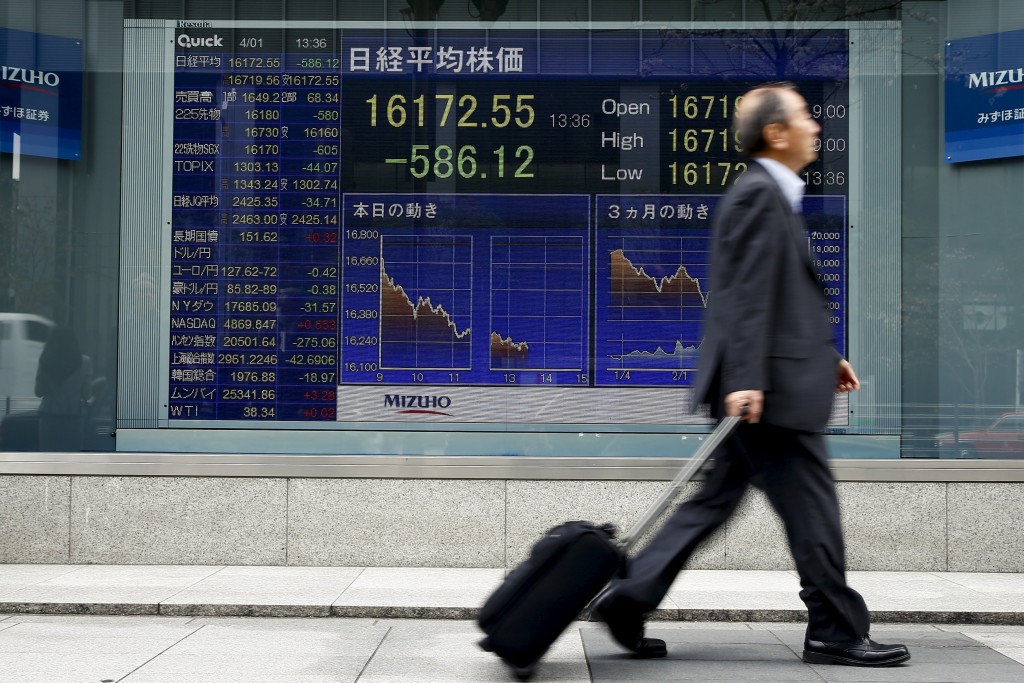 “U.S. company reporting is a key factor this week,” said Michael McCarthy of CMC Markets, noting Monday’s report by aluminum mining giant Alcoa’s better than expected first-quarter earnings. While some bemoan the “jobless recovery” and weaker revenues, “In the meantime, investors who are not subscribers to the ‘perfect world’ theory of markets got on with buying Alcoa,” he said in a commentary.

Apart from Alcoa, later this week big U.S. banks will start releasing results, including JPMorgan Chase, Citigroup and Wells Fargo, though expectations are low for this earnings season. In Asia, Samsung Electronics gave an earnings preview that surpassed expectations last week and the results of other major companies are due in coming weeks.