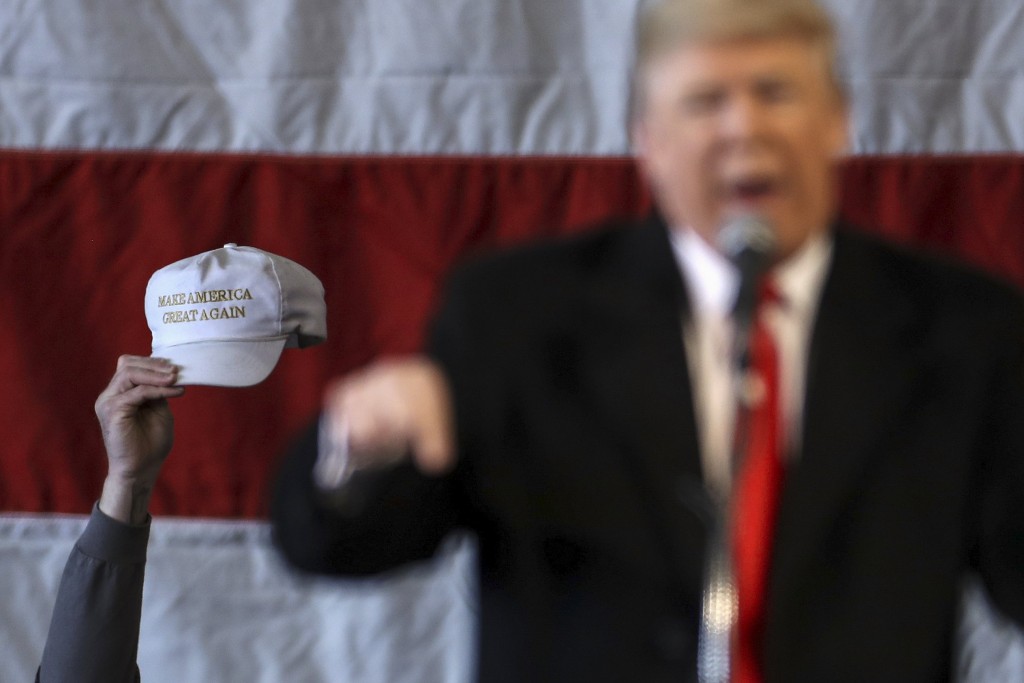 When Donald Trump walked onstage for his final rally before Wisconsin’s presidential primary, he found an unfamiliar sight: hundreds of empty seats.

The election eve rally at the grand Milwaukee Theater was intended as a capstone of Trump’s three-day blitz through the state. A big-enough victory could have put Trump on a path to clinch the number of delegates needed to win the nomination before the party’s convention in July.

Instead, the half-filled room was an ominous harbinger: He ended up losing to rival Ted Cruz by 13 percentage points.

Trump still holds a solid lead in the race, but the stinging defeat was evidence that his unorthodox campaign — run by largely inexperienced operatives and fueled by the candidate’s sheer force of personality — had hit a wall.

The ever-confident Trump canceled his plans for the rest of the week, hunkered down and confronted fears that he was being outmaneuvered.

For nearly a year, the celebrity businessman had kept away from the trappings of a more conventional campaign operation. But days after the Wisconsin loss, he relented on that front as he tried to recapture his momentum and gear up for a potential general election race against likely Democratic nominee Hillary Clinton.

Trump is bringing in new staff, including a seasoned Washington operative to run his efforts at the convention, where the nomination appears more likely than ever to be decided. He also plans to place new focus on policy.

His team is making more strategic decisions as to how to make best use of Trump’s time — the campaign’s most valuable asset — starting with a refocused effort to run up the score in the April 19 primary in his home state of New York.

“In many ways, I think it’s a recognition that the successful primary campaign that Mr. Trump has run has to shift gears,” said adviser Ed Brookover, brought on board to help lead the delegate strategy.

With minimal spending on advertising and a small staff in comparison with Clinton’s, the Trump campaign has upended the political orthodoxy by riding large rallies and a knack for earning free media, and risen to the top of the GOP race.

But Wisconsin showed the limitations of that strategy.

The state’s Republican establishment coalesced around Cruz. Leading the way was Gov. Scott Walker, who had dropped out of the White House race last year and warned against Trump’s ascendance. The state’s influential conservative talk radio circuit proved an unfriendly venue to a candidate who has glided effortlessly through so many interviews.

Trump also found himself on the defensive in regard to several controversial issues.

His insular campaign leadership, featuring a tiny inner circle led by campaign manager Corey Lewandowski, who’s facing charges of battery after an incident with a reporter, seemed ill-equipped to compete in the bruising and complex fight to line up the support of delegates who will attend the national convention.

In Colorado, for instance, Cruz-supporting delegates swept local contests while Trump’s team made repeated flubs. The campaign fired its Colorado state director just after he had arrived. The new director, Patrick Davis, started running Trump’s fledgling operation after Cruz had snapped up nearly one-sixth of the state’s delegates.

Trump and his team had largely assumed he would have the race all but locked up after winning Florida in mid-March, and had largely failed to prepare for a potential fight at the convention. It was then, even before the resounding defeat in Wisconsin, when Roger Stone, a former Trump campaign aide and longtime adviser, put Trump in touch with Paul Manafort, a veteran of numerous conventions.

As part of the campaign shuffle, Manafort will be “responsible for all activities that pertain to Mr. Trump’s delegate process and the Cleveland convention,” according to a campaign statement.

It is not clear precisely how Lewandowski now fits into the campaign operation. He is expected to continue to have a prominent role that will including traveling with the candidate — highly unusual for a campaign manager.