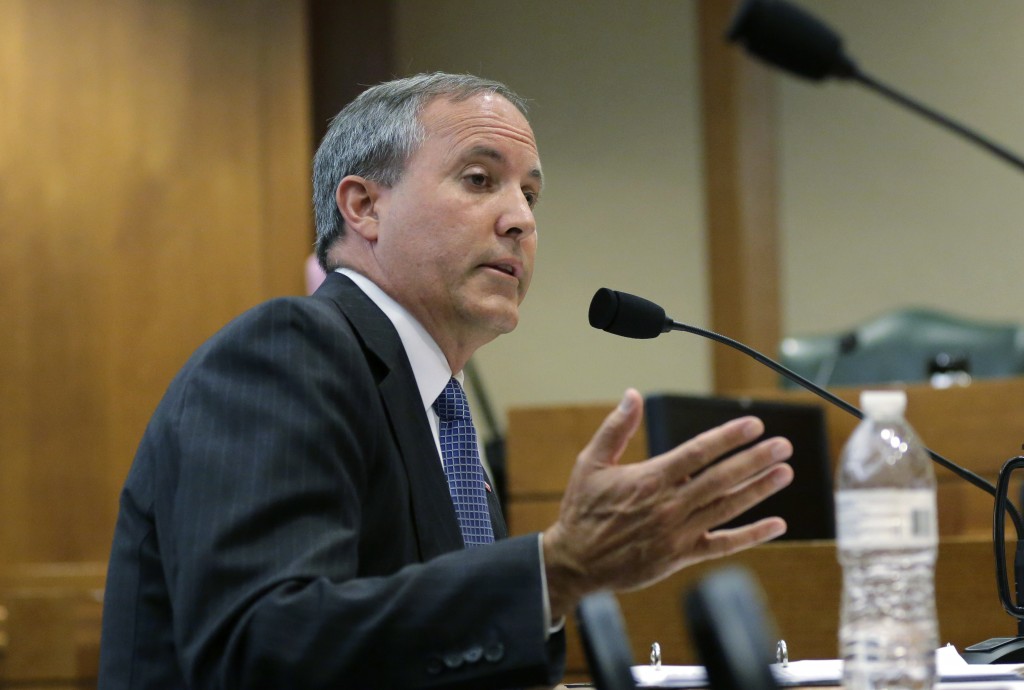 In 2011, Ken Paxton, then a state lawmaker, met the founder of a local technology company at a Dairy Queen outside Dallas. Paxton would allegedly later tell federal investigators that he planned to invest $100,000 in the company during the meeting, but that the executive didn’t want his money.

But those 100,000 shares were not a gift, according to a complaint filed by the Securities and Exchange Commission on Monday. Rather, the agency claims they amounted to a payment from Servergy for Paxton’s help in recruiting other investors. Paxton, who now serves at Texas attorney general, allegedly used his connections to persuade friends, business associates and even a fellow lawmaker to invest $840,000 in the company, according to the complaint.

Paxton allegedly did not tell prospective investors that he was being compensated to help Servergy raise money or that he had not invested his own cash. The SEC on Monday charged him with securities fraud.

“People recruiting investors have a legal obligation to disclose any compensation they are receiving to promote a stock, and we allege that Paxton . . . concealed the compensation [he was] receiving for touting Servergy’s product,” Shamoil T. Shipchandler, director of the SEC’s Fort Worth office, said in a statement.

Paxton is also facing similar criminal charges in Texas related to his relationship with Servergy.

Paxton, who has been attorney general since January 2015, did not return calls for comment. His attorney, Bill Mateja, told the Texas Tribune that he had not reviewed the SEC’s civil complaint.

“As with the criminal matter, Mr. Paxton vehemently denies the allegations in the civil lawsuit and looks forward not only to all of the facts coming out, but also to establishing his innocence in both the civil and criminal matters,” Mateja told the media outlet.

According to the SEC’s complaint, technology company Servergy raised $26 million between 2009 and 2013 by telling investors that it had developed a “revolutionary” new server that was in wide demand and used 80 percent less power than other servers. To recruit investors, the company, which was low on funds, said it had received orders from well-known customers, including Amazon, according to the SEC.

Instead, “the CTS-1000 was based on outdated technology that was being phased out of the industry,” according to the SEC complaint.

Servergy has settled with the SEC for $200,000. But cases against the company’s founder and Paxton are continuing.