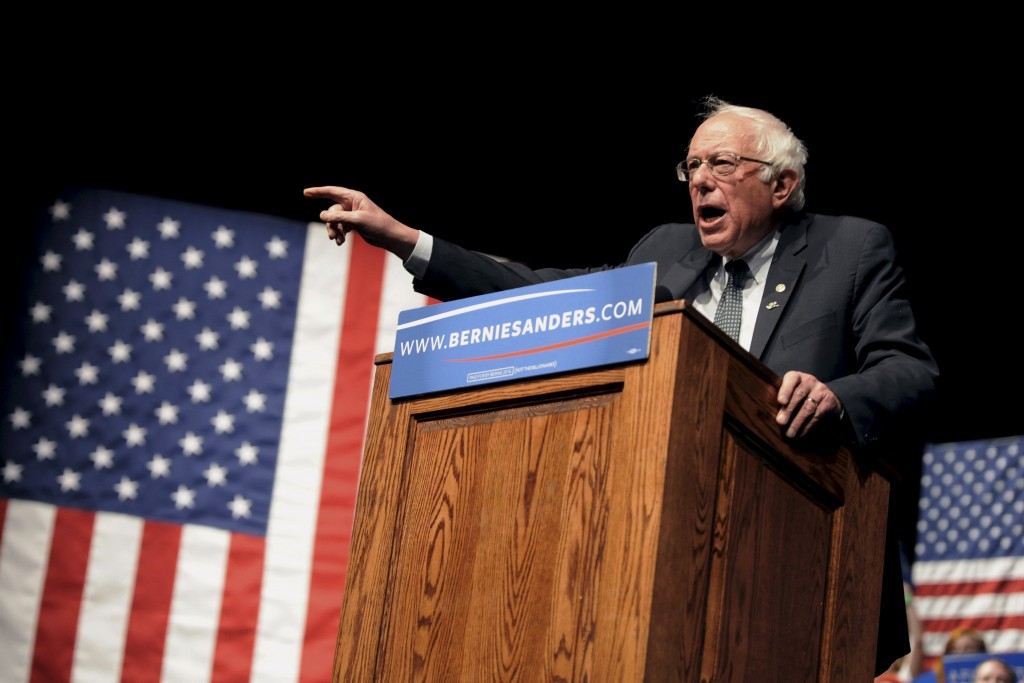 By far the most populous U.S. state, California is the largest prize of the state-by-state nominating contests, and the vote on June 7 is one of the last before Democrats convene in July to select a nominee for the Nov. 8 presidential election.

An aggressive schedule of large rallies is planned along with heavy purchases of broadcast media, radio and online advertising in three languages and a “far, far more expensive” campaign effort than in any other state, Sanders campaign sources disclosed.

“I think they’re still [in dreamland] if they think there’s a path,” said Steve Schale, a Florida-based strategist, of Sanders’s bid for the White House.

California has been a reliable source of campaign funds for Clinton, and opinion polls show her ahead there by as many as 14 percentage points. The statistical analysis media site FiveThirtyEight gives her a 91-percent chance of winning the state primary.

The Sanders campaign push aims to net as much as a 10-point win in California, helping him deny the front-running Clinton the 2,383 convention delegates she needs to clinch the nomination and give him the momentum to force a contested convention where he can try to win over the “superdelegates,” those not decided by a state nominating contest and free to support anyone, the campaign sources said.

Sanders has eroded Clinton’s lead in California, according to a Field Poll released on Friday. Clinton led Sanders by only 6 points in that survey, down from a double-digit lead earlier this year.

“With California what we’re going to do is something that [Sanders] really likes to do: barnstorm the place,” said Tad Devine, Sanders’s senior adviser, acknowledging Sanders’s underdog status against Clinton, the former secretary of state.

That means two or three large-scale rallies a day for weeks, possibly starting in late April to target early voters, he said. Such rallies are a sweet spot for the 74-year-old New York-born democratic socialist’s firebrand speaking style championing the working class and vowing to erase economic inequality.

Clinton leads in pledged convention delegates – those allocated to candidates on the basis of the state primaries and caucuses – with 1,287 to 1,037 for Sanders.

A candidate needs 2,383 delegates to clinch the nomination. California has 475 delegates, to be divided proportionally according to the June 7 primary vote.

The Clinton campaign plans to put up a fight. Local and national surrogates will speak out in English and Spanish and staff will beef up offices up and down the West Coast as the California vote nears, her campaign said.

“We’re fighting for every vote by talking to Californians about why Hillary Clinton is the only candidate in this race who will break down the barriers that hold people back and deliver real results,” Amanda Renteria, Hillary for America national political director, said in a statement to Reuters.

“Headed into the June 7 primary, our volunteers and supporters are knocking on doors and hitting the phones to share with friends, family and neighbors Hillary Clinton’s plans to create more good-paying jobs in California, keep our streets safe from gun violence, protect our environment, reform our immigration system and ensure all Californians have access to a good education and quality affordable health care.”

Sanders has won seven of the last eight state nominating battles but faces a potentially rougher road in big states like New York, where Clinton was a U.S. senator and which holds an April 19 primary.

Sanders aims to overcome the edge that Clinton has enjoyed with minorities.

Larry Cohen, a senior adviser to the campaign, said the campaign aims to match or outdo the 10,000 volunteers it enlisted in New York by drawing on the Labor for Bernie volunteer group, local and national unions and other groups.

Weaver compared California to Michigan, where Sanders notched a surprise win in early March after advertising in Arabic to woo the state’s heavy concentration of Muslims.

The campaign has yet to set a budget for California, but given the state’s size, the effort will be “hugely expensive – far, far more expensive than any other state that we’ve done,” Weaver said.

In California so far, the campaign has raised about $9.8 million from more than 26,000 donors, the most Sanders has received from any one state, according to a Reuters analysis of campaign finance disclosures.

Clinton has also raked in significant sums in California. An analysis of campaign reports filed with the Federal Election Commission indicates her campaign raised $26,687,011.37 from donors in California from the time she entered the race in 2015 until the end of February.