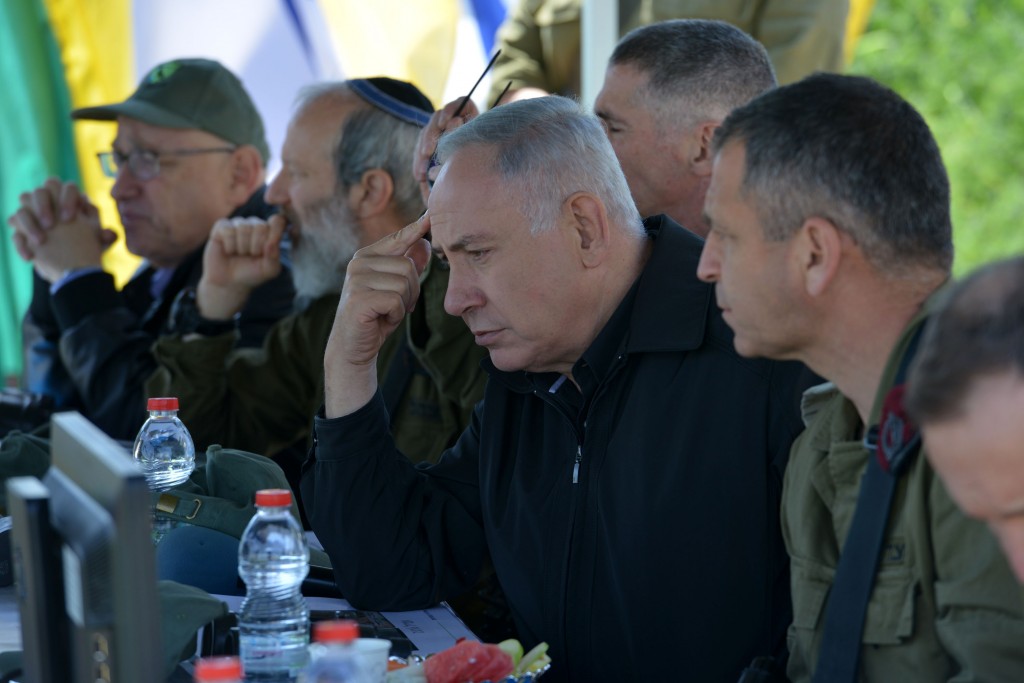 It’s always been assumed that Israel has been behind the aerial attacks on Hizbullah in Syria in recent years, but Israel has consistently denied it. Now, Prime Minister Binyamin Netanyahu has come out openly and admitted it. He estimates that Assad is likely to remain in office, despite everything, and wants Assad to remember that Israel will try to do whatever it takes to secure itself, no matter what geopolitical situation arises.

Something happened to Netanyahu on Monday during his visit to IDF troops in the Golan Heights. He’s been making these visits for years, and he’s always made sure to say only what he wanted to and no more. Yet yesterday he divulged a lot more than many expected. “We have succeeded so far in maintaining relative quiet and security for the state of Israel,” he said. “We act when we have to, including here,” pointing over the border, “in tens of attacks making sure that Hizbullah does not receive advanced weapons.”

Netanyahu said that Israel is “acting on other fronts as well, both near and far, but we are doing so wisely. If we have to go out to battle — and this is why you’re here — it’s because there is no other way for us to thwart these dangers to the state of Israel.”

One thing is certain: This dramatic acknowledgment by Netanyahu is meant as a sharp and clear message to one particular person in the Middle East: Syrian President Bashar el-Assad.

Over the years, widely-quoted foreign sources have attributed the attacks against Hizbullah convoys to Israel, but Israel has always denied the reports, or at least ignored them. And so now, when the prime minister himself openly admits that Israel is responsible for the attacks, we can assume the following: He feels that Assad will not soon be toppled, and he wants to give him a message: “We’re here to stay, and you’d better realize that we will continue to look after our needs in whatever constellation materializes here in the region.”

Netanyahu was sitting with a large group of soldiers when he made the remarks, having just emerged from a briefing on Syria with top military and intelligence officials. He apparently understood from them that Russian involvement in the area, as well as other developments in Syria, all point to Assad’s remaining in office for the foreseeable future. Keep in mind, he wished to tell Assad, that if Israel didn’t stop taking active steps to stop Hizbullah while Russian planes were in the skies here, it certainly won’t stop when all the Russians have left.

Netanyahu wants Assad to remember that Israel is a key player here: “Don’t misread us. Israel will continue to ensure its interests, and if you want to sit securely in office, just remember that.”