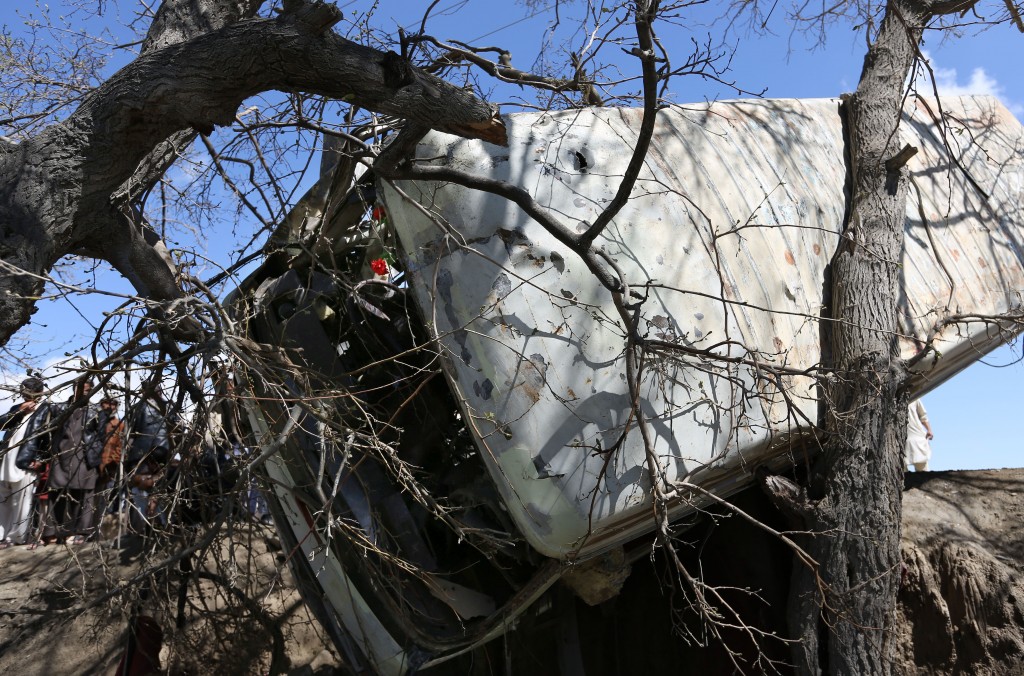 An Afghan hospital official says that at least 12 new army recruits have been killed in a suicide bomb attack in the eastern city of Jalalabad.

Ahsanullah Shinwari, head of the Jalalabad hospital, said Monday that 12 bodies have been brought to the hospital in the city, 125 kilometers (77.5 miles) from the capital Kabul.

He said another 38 people were wounded, most of them in critical condition.

All were new army recruits traveling in a bus Monday afternoon on the outskirts of  Jalalabad — the capital of Nangarhar province.

Initial reports said the attacker was on a motorcycle when he rammed the bus, detonating explosives, according to Ahmad Ali Hazrat, chief of the Nangarhar provincial council.

The roadside bomb exploded as the bus was carrying workers to their offices in Kabul’s eastern Bagrami district, the Ministry said.

There was no immediate claim of responsibility in either attack. Government workers and members of the security forces are often targeted by terrorist groups, including the Taliban, who are seeking to topple the U.S.-backed government in Kabul.