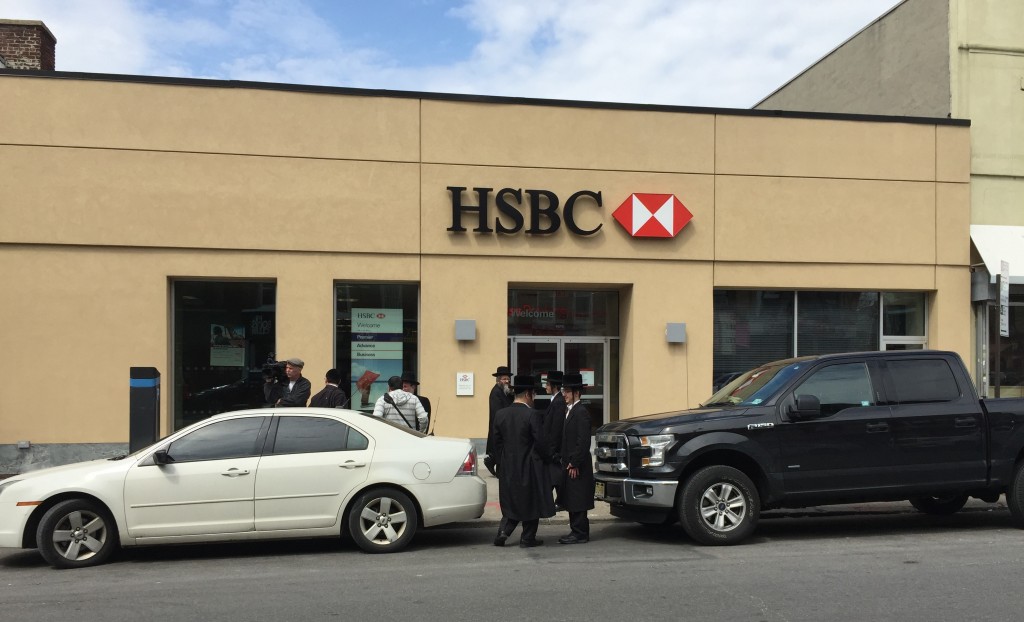 An HSBC bank branch in Boro Park was robbed of hundreds of thousands of dollars over the weekend.

According to the NYPD, at 8:30 Monday morning an employee of the branch, located at 13th Avenue and 44th Street, “opened the bank and discovered there was a hole in the ceiling of the vault, which leads to the outside roof of the building.” Later, police announced that approximately $280,000 was stolen. Safe-deposit boxes were broken into as well.

Behind the bank building is an alley, with a chain link fence that was cut. The hole in the fence would have allowed easy access to a building behind the bank with a low roof, from which one could reach the roof of the bank.

The owner of one safe-deposit box who spoke to Hamodia on Monday morning was frantically trying to find out if his box was broken into.

“I have been using this bank for many years,” said the man, a middle-aged Boro Park resident who lives near the bank. He declined to give his name or describe the contents of his safe-deposit box.

The lobby and ATM machine are open, but the bank branch is closed, with signs advising customers to use a different branch.

The safe-deposit-box owner tried speaking with police at the scene, but the officers were refusing to answer questions.

“Please, I have a safe-deposit box,” pleaded the man.

Banks do not insure safe-deposit boxes.

The branch is closed on Saturday and Sunday. The robbery occurred sometime between when the bank closed on Friday evening and re-opened on Monday morning.