Israel U.S. Security Council Veto May Not Be Sure Thing This Time Around
Israel 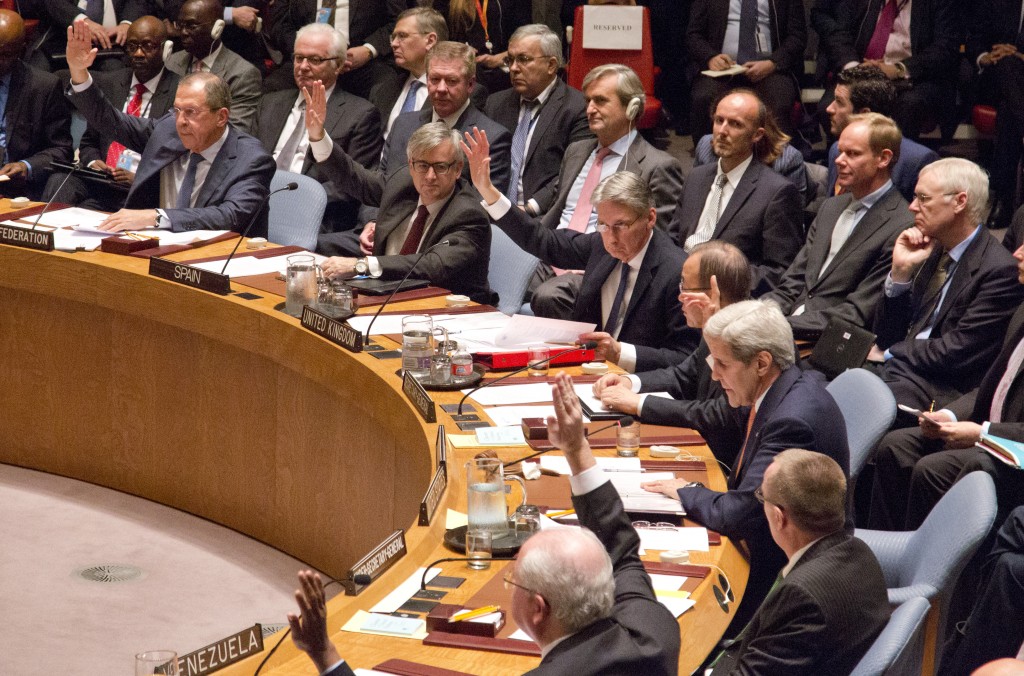 The United States has been non-committal regarding a Palestinian drive for a U.N. Security Council resolution later this month condemning the Israeli presence in Yehudah and Shomron.

“We understand there is an early draft that the Palestinians have shared informally in New York,” U.S. State Department Deputy spokesman Mark Toner told reporters in Washington on Friday.

The U.S. vetoed a similar resolution at the U.N. in 2011, the only such veto cast during the Obama administration.

Now, with the peace process off-track, Israelis are reportedly fearful and Palestinians hopeful that the U.S. will, for the first time, allow an anti-Israel resolution pass the Security Council. There has even been speculation that the U.S. might offer a draft resolution of its own.

Prime Minister Binyamin Netanyahu responded to the reports, saying that “Abbas is taking a step that will push negotiations further away.” .

“The only way to advance peace is by direct negotiations and he is avoiding this. The Palestinians educate their children on a daily basis that the settlements are Tel Aviv, Haifa and Acre,” Netanyahu said.

”The move seemed to catch Yerushalayim by surprise, as the focus of concern about activities at the U.N. has been centered on whether the French would bring a resolution on the Middle East peace process to the Security Council, and whether the U.S. would veto it,” The Jerusalem Post said on Sunday.

Palestinian Foreign Minister Riad Malki said his hope is that Obama, freed of re-election concerns, will break with American protocol and refrain from vetoing it this time around, the Associated Press reported.

“There are indications that President Barack Obama may try to put a basis for a new era regarding the Palestinian-Israeli issue before leaving the White House after his achievements in Iran and Cuba,” Malki said. “Thus the U.S. administration may surprise Israel by voting in favor of a Palestinian resolution or at least not to use the veto against it.”

According to Haaretz, the P.A. circulated a draft resolution last week to a number of Security Council members condemning construction, and Abbas wants to bring the resolution to a vote when he visits the U.N. on April 22 to take part in a conference on climate.

The Arab League is to hold a special meeting on April 20, and – according to a Western diplomat – some Arab countries have warned the Palestinians to shelve the proposal, according to Haaretz.