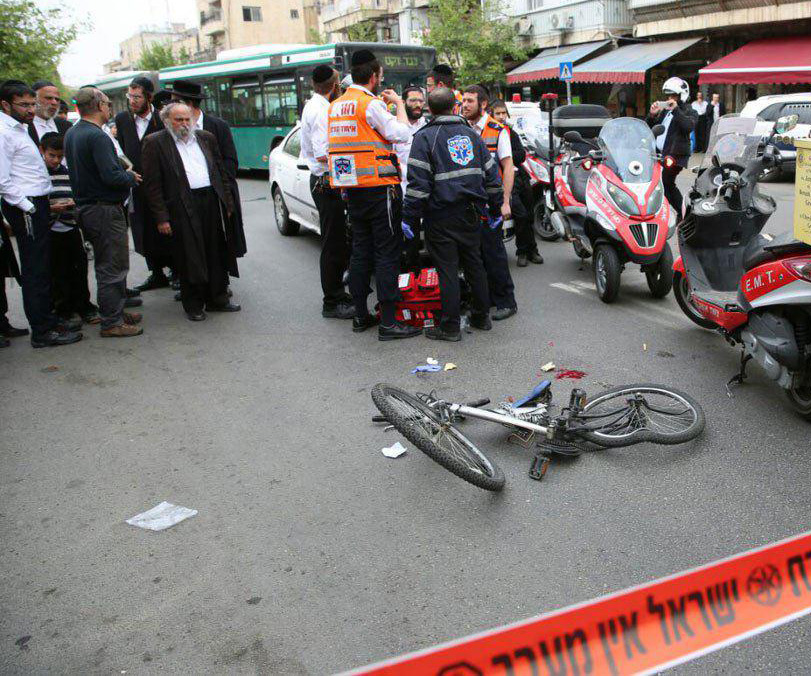 Two people were killed and ten injured in a series of serious traffic accidents in Israel on Sunday. Among those killed were a ten-year-old boy in Yerushalayim, and a 40-year-old man near the Golani Junction in northern Israel.

In Yerushalayim, the boy passed away at Hadassah Har Hatzofim Hospital after being critically wounded when he was struck by a bus on Shmuel Hanavi Street. The boy was riding an electric bicycle. Sitting with him on the bike was his brother who was not injured but was suffering from shock.

Volunteers from Ichud Hatzalah and Magen David Adom arrived on the scene almost immediately. A spokesperson for Ichud Hatzalah said that the boy had been badly injured, suffering severe head wounds in the incident, and that they had tried to revive him en route to the hospital, but had unfortunately not been unable to do so. Police named the victim as Shimon Abramov, a”h, a resident of the Shmuel Hanavi neighborhood. His levayah is set to take place Sunday afternoon at Har Hamenuchos cemetery.

Meanwhile, in northern Israel, a 46-year-old man was killed and seven-year-old boy badly injured when a van that the man and boy had been riding in struck a truck head-on. The man was declared dead at the scene, rescue workers said, while the boy was evacuated from the scene by helicopter. The truck driver was uninjured. Police said that they were investigating the incident, but that an initial investigation indicated that one of the vehicles had jumped a red light.