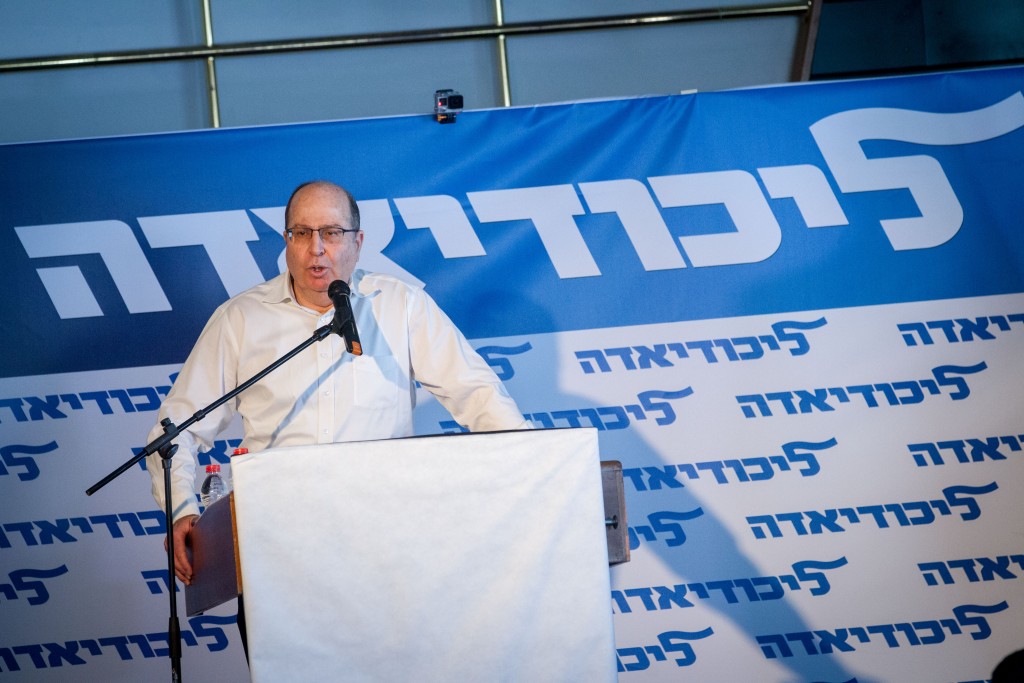 There has been rumor and speculation in recent days about the possibility of Defense Minister Moshe Ya’alon departing the Likud party to either join Zionist Camp or launch his own party.

Likud MK Oren Hazan told Walla that Ya’alon is planning a breakaway party to the left of Likud.

“In recent days I hear from sources close to him (Ya’alon) that he is on his way to establish Kadima 2 (Kadima was founded by Ariel Sharon when he broke off from Likud to push through the 2005 Disengagement plan.) I haven’t heard a denial and that really disturbs me.”

How reliable a report is coming from the freshman MK, who has been fighting at intervals with the Knesset Ethics Committee and the Likud leadership ever since he entered the Knesset a year ago, is doubtful, though. Tzachi Hanegbi (Likud), kicked Hazan out of the Foreign Affairs and Defense Committee for absences that hurt the coalition.

“Ya’alon is the target of serious and extremist incitement within his party,” Hasson said. “Ya’alon is my defense minister and must be defended. It’s unfortunate that I say this more adamantly and clearly than the weak condemnation from Netanyahu.”

The talk of Ya’alon leaving the Likud comes in the midst of a furious controversy over his repeated condemnation of the IDF soldier who three weeks ago shot a neutralized terrorist in Chevron, even before the matter had been investigated.

As a s result, Ya’alon has recently been the target of incitement, which included a doctored image of him in a Nazi uniform.

But Ya’alon has not backed down. “The most important and significant fight,” is against domestic extremism, he declared, after someone on the far right circulated an image showing his photo in red crosshairs.

“After all sorts of fringe element extremists tried to turn me into someone seeking Israel’s harm, the next stage, which should not surprise anyone, has come: Distributing images that incite against me,” Ya’alon stated.

“That won’t help them. I have no intention of bowing down and giving up the struggle for the image of the state of Israel and of Israeli society. I’ll continue fighting for a state of Israel that is just, sane and moral. One that fights with an iron hand and determination against those who seek to harm it, but on the other hand, one that does not lose its values and does not become numb,” Ya’alon continued.

“This is not a matter of Right and Left. This is our future, and that of our children. It is the question of what kind of country we wish to live in…”

Prime Minister Binyamin Netanyahu said the photo of Ya’alon in crosshairs “is an unacceptable act and crosses a red line.”

“Public debate must take place in a respectful way and there is no place for such belligerence,” Netanyahu said.