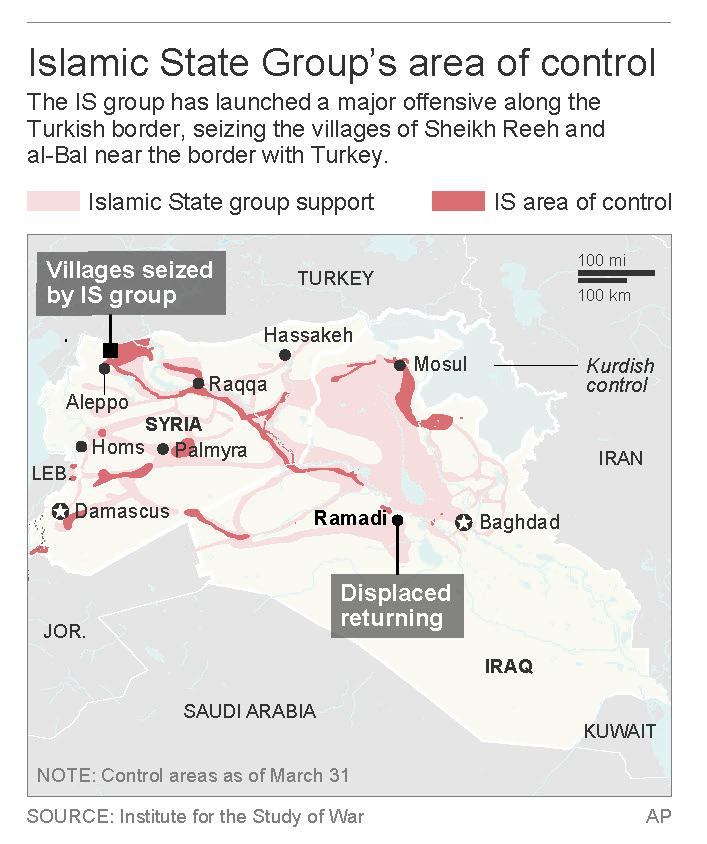 The Britain-based Syrian Observatory for Human Rights, which relies on activists inside the country, says IS militants seized Sheikh Reeh and al-Bal on Sunday.

The activist-run Azaz Media Center, based in a northern town of the same name, says the terrorists exploded seven bombs around Marea and other villages and towns, calling it the fiercest IS offensive in a year.

The Western-backed Free Syrian Army captured the border town of al-Rai from IS on Friday.