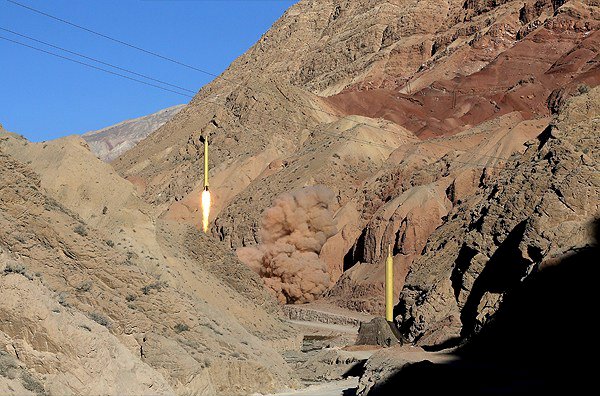 The Obama administration is in a bind. Between Iran and a hard place.

As it seeks to implement, preserve, and strengthen the landmark nuclear deal it negotiated with Iran, the administration is being buffeted by criticism from all sides: Iran, Europe, Asia, the Middle East, not to mention members of Congress, including some who supported the agreement.

Eager that a successful deal and a new era in the U.S.-Iran relationship be part of President Barack Obama’s legacy, his administration finds itself encouraging foreign trade with Iran even as it forbids most American commerce with the Islamic Republic. Those efforts are complicated by the fact that the United States continues to condemn and try to punish Iranian actions in non-nuclear arenas such as Tehran’s support of terrorist groups and belligerence toward Israel.

Under the nuclear deal that took effect in January, Iran curtailed its nuclear program in exchange for billions of dollars in sanctions relief. According to Obama, Iran has complied with its obligations to date.

Asian and European government and companies, primarily banks, are balking at doing now-legal business with Iran, because of uncertainty over those remaining sanctions. They want written clarification about what current U.S. laws and financial regulations allow them to do. Essentially, they want a promise that the U.S. will not prosecute or punish them for transactions that involve Iran. Adding to their unease is the 2016 U.S. presidential election, in which the top Republican prospects have pledged to rip up the nuclear deal.

At the same time, Israel, its supporters, and Arab nations are all crying foul over Iran’s continued testing of ballistic missiles as well as its ongoing support for Lebanon’s Hizbullah movement, Syrian President Bashar Assad’s government, and Yemen’s Houthi rebels. They say Iran is as dangerous as ever. Many members of Congress agree and are demanding new sanctions.

While the administration says it remains vehemently opposed to Iran’s missile tests and destabilizing activities throughout the Middle East, it insists the nuclear deal has made Iran less of a threat. The cost of walking away from the deal, U.S. officials maintain, will be even more destabilization and a graver threat.

Thus, the U.S. has been thrust into a role of defending Iran on its nuclear deal compliance and condemning its other actions as it simultaneously promotes business with Iran in the context of the new leeway afforded by sanctions relief.

Obama and his national security aides have ruled out allowing Iran access to the U.S. financial system or direct access to U.S. dollars — still prohibited by U.S. law. But they are considering whether, and how, to respond to the Iranian complaints and the European and Asian demands for clarity on the financial rules.

The administration has sent State Department and Treasury officials to try to explain the regulations, but questions remain. Some European leaders, notably French President Francois Hollande, have personally raised the matter with Obama, diplomats say.

Treasury Secretary Jack Lew and Secretary of State John Kerry, who negotiated the nuclear deal, argue that the administration must live up to the “letter and spirit” of the sanctions relief. They say Iran has complied and must get the benefits of the agreement even if Tehran continues other objectionable activities. They have left the door open to further sanctions relief, primarily as it concerns foreign businesses trading with Iran.

U.S. lawmakers, many of whom opposed the nuclear deal on principle, have moved to prevent what they say is an administration overreach: a proposal to ease rules relating to the use of the dollar in third-party foreign currency exchanges in support of trade deals with Iran. Administration officials say such an easing is unnecessary because those transactions are allowed. Still, the suggestion of a change has Capitol Hill on edge.

Despite the uncertainty, the administration has thus far refused to say what, if anything, it will do to clear the air.