World ANALYSIS: Arab Democracies? Not So Fast, Say Some
World 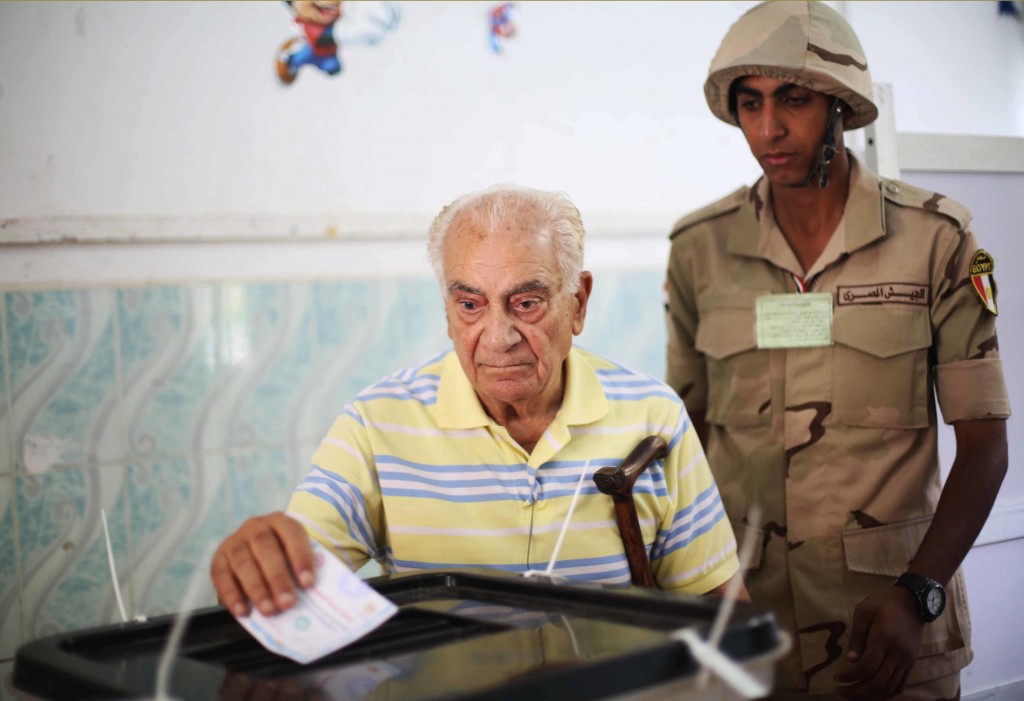 A new-old idea is rattling around the Middle East five years after the Arab Spring stirred democratic ambition: that restoring stability, especially if accompanied by some economic and political improvements, should be reform enough for the moment.

This discourse appears to be taking front and center these days, most obviously in Egypt — the region’s most populous country and the one that raised the highest hopes for democracy advocates when the military in 2011 removed longtime ruler Hosni Mubarak as millions rallied against him and his Western support collapsed.

The current government is aggrieved to find itself facing possibly harsher international criticism than Mubarak ever did, mostly over questions of human rights. It argues that democracy does not require tolerance of chaos in the streets, and that unfettered freedoms can destabilize a brittle society facing illiteracy, poverty, weak democratic traditions and a jihadi insurgency.

In meetings with U.S. Congressional delegations last week, President Abdel-Fattah el-Sissi argued that “democracy is an ongoing process and cannot be realized overnight,” elaborating that Egypt is committed to “striking the balance between enhancing security and stability and upholding rights and freedoms,” according to a statement from his office.

The idea has a philosophical foundation: Just as democracy is about more than elections and cannot allow an unbridled dictatorship of the majority, so must freedom not be allowed to become anarchy.

Critics dismiss such talk as self-serving, a conflating of criticism and sedition typical of elites trying to hang on to privilege. But the go-slow approach does find quiet defenders not only among the wealthy and connected who benefit, but also among educated people who simply don’t fully trust the masses at the moment.

How much is hard to accurately gauge in a region where pundits are muzzled in ways both subtle and overt and where polling is rarely conducted. So claims about it tend toward anecdote, experience and logic.

“People value stability more than anything else,” said Abdulkhaleq Abdullah, a professor of political science at United Arab Emirates University. He said the instability and rise of political Islam following the Arab Spring slowed the push for greater freedom and democracy, and that most UAE citizens aren’t clamoring for sweeping change while they watch turmoil elsewhere in the region.

“Let’s just be modest about it,” he said. “It is just very difficult to build a modern, stable democracy.”

Others find it elitist to suggest that the Arab world is not ready for democracy. Are we really not deserving, they ask, of what the Indians and Brazilians take for granted? Some will mention cases of controversial election outcomes even in the West and ask: In such a complex world, can any society truly be ready? Is it not better to simply treat genuine freedom as a basic human right?

“The idea that some people are not prepared for justice is racist,” respected Egyptian author Alaa Aswany told The Associated Press. “It reflects a lack of respect for people. I absolutely disagree with it.”

Still, to Egyptians who see their region’s turbulence and observe police and soldiers being killed by Islamic State-affiliated terrorists in the Sinai Peninsula, the security argument especially can resonate. And in Jordan, where there’s little doubt that the monarchy is in charge and critics know what lines not to cross, King Abdullah gets major points among the middle classes for keeping a place that borders Syria, Iraq and the Palestinian Authority calm, and even showing some modest economic growth.

There is a noticeable decline in the inclination to demonstrate in many countries — although this can be misleading: The right to do so is much curtailed and people may have just tired of the trouble and strife.

Certainly, many seem terrified by what happened in places that have spun out of control. In Libya, militias hold sway. Yemen is mired in civil war, compounded by a year of Saudi-led air strikes. Iraq’s Sunni regions are overrun by the Islamic State group. In Syria, half the pre-war population of over 20 million has been displaced, and parts of cities have been leveled.

Tunisia has had some success in enacting democratic rule, but it is the exception. Lebanon is paralyzed by confessional politics and hasn’t been able to elect a president in almost two years, and parliament rarely meets. Mahmoud Abbas’s term as leader of the Palestinian Authority ran out years ago.

Democracy rarely gets mentioned in the United Arab Emirates, although there have been elections for a federal citizens’ advisory council. In Saudi Arabia, the monarchy holds absolute control over an opaque, oil-financed government, and municipal councils are the only elected government body. Other Gulf nations have relatively powerless parliaments.

Egypt, compared to most other Arab states, has made impressive strides. El-Sissi overwhelmingly won presidential elections in 2014 with far more votes than had been won two years earlier by Mohammed Morsi, the Islamist president the military overthrew for alleged misrule in 2013. While the election was widely criticized because the previously ruling Muslim Brotherhood was banned, few claim the vote count was falsified — no small matter considering the region’s recent history. And the president is constitutionally limited to two terms in office — a stark contrast to most of the region. Egypt also has a new elected parliament more diverse and empowered than has been the norm in the region.

There has been a growing clamor by outsiders and activists against what many term a crackdown on dissent: a law against street demonstrations and another essentially criminalizing anyone contradicting official statements on security; lengthy periods of detention without charges; banning some activists from traveling abroad; and dozens of secret detentions.

But the government’s defenders cast the criticism on human rights as unfair since other countries in the region are worse. In this way Egypt finds itself in an ironically similar situation to its neighbor and former enemy Israel.