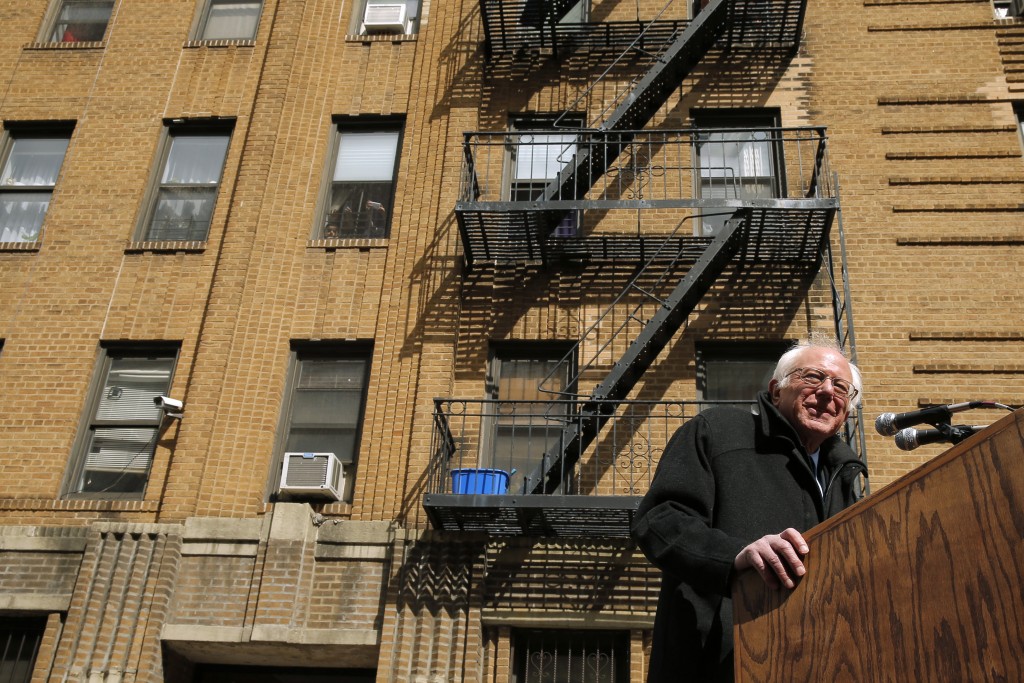 Bernie Sanders extended a string of victories by winning the Democratic primaries in Wyoming, besting rival Hillary Clinton as they gear up for a crucial match-up in New York.

Sanders, a senator from Vermont, is trying to chip away at Clinton’s sizable lead in the number of delegates needed to secure the party’s nomination.

Wyoming’s 14 Democratic delegates – fewer than any other state – will be awarded proportionally and will do little to help Sanders close the gap.

Going into Wyoming, Clinton had more than half of the 2,383 delegates needed to win the nomination. Sanders trailed her by 250 pledged delegates, those awarded proportionate to the popular vote in the state nominating contests.

Clinton’s lead widens when superdelegates, Democratic leaders who can decide whom to support at the party’s July convention, are included in the tallies.

Clinton and Sanders both spent Saturday campaigning in New York, which holds its contest on April 19 and where a total of 291 delegates are up for grabs.

Clinton, a former secretary of state, considers New York her home turf. She represented the state as a senator and has headquartered her campaign in the New York City borough of Brooklyn. Sanders has reminded voters he was born and raised in Brooklyn. Recent polls have shown Clinton more than 10 points ahead in the state.

Tension between the two candidates flared earlier this week in a party race that has typically focused on policies and not personal attacks.

After a back-and-forth about who was most qualified to be president, Clinton and Sanders dialed back their criticism of one another on Friday.

“I think this has all been pretty silly,” Clinton told reporters at a campaign stop in Buffalo, in upstate New York. “He made his comments and there was no basis for them. It was completely a misrepresentation, and he seemed to take them back today.”

A new Reuters/Ipsos poll shows that a third of Trump’s Republican supporters could consider abandoning the party’s candidate if Trump is denied the nomination at a contested convention.