Politics INSIGHT: Could Sanders Be a Stronger Democratic Nominee Than Clinton?
Politics 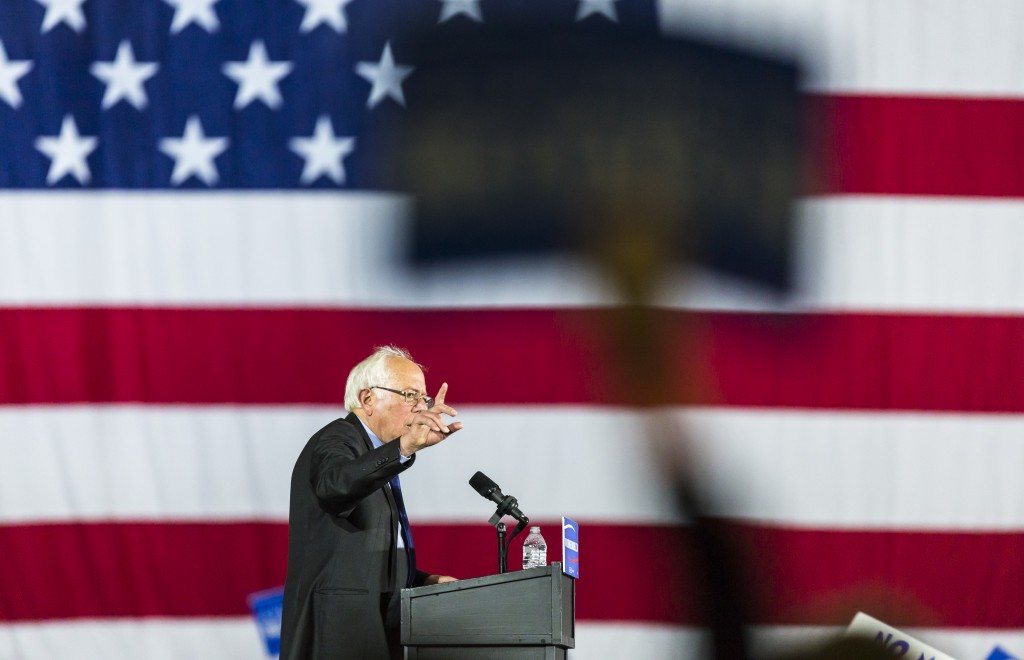 Unimaginable at the start of the campaign, Bernie Sanders might be a stronger general election candidate for the Democrats than Hillary Clinton.

He leads Donald Trump nationally by 20 points right now in a hypothetical general election matchup, more than double her 9-point lead, according to the latest McClatchy-Marist poll.

He leads Sen. Ted Cruz by 12, while she is locked in a tie with the Texan.

Sanders also leads or competes better in places where Democratic presidential candidates often seem invisible. He leads Trump in Kansas and Utah, for example, which haven’t given their electoral votes to a Democrat since 1964. Sanders outperforms Clinton over Trump in the swing states of Arizona, North Carolina, Ohio and Wisconsin, as well.

And underlining all that: The independent senator from Vermont energizes and excites younger voters, he’s not dogged by an FBI investigation into use of a private email server and his anti-establishment message is perfectly pitched to the key of 2016.

That’s not to say that would last.

So far, Sanders has largely escaped serious criticism from Clinton, the news media or Republicans. “Right now Hillary Clinton is the focus of all evil in the world for Republicans and Democrats,” said Larry Sabato, director of the University of Virginia Center for Politics.

But he is scoring as a potentially better champion for the Democrats, at least right now.

“People see Trump as a disaster,” said Dan Jones, president of a Salt Lake City-based firm that conducts Utah polls. And people have never warmed there to Clinton or even to her husband, the former president. Meanwhile, he said, they see the enthusiasm for Sanders in the media; his enthusiasm for America.

After Mitt Romney gave a blistering attack on Trump last month, a Jones poll of Utah found Sanders leading Trump by 11 while Clinton led by 2.

Kansas voters were also warm toward Sanders. He had a 1-point edge over Trump in a February Fort Hays State University poll of Kansas residents. Clinton, on the other hand, trailed Trump by 10. Since 1936, the state has preferred a Democrat only once — Lyndon Johnson in 1964.

Cruz does better against Sanders in Utah, Kansas and elsewhere, but Sanders is competitive.

Still, Sanders is enjoying politics’ first impression syndrome, a honeymoon period in which he’s been seen as fresh, authentic and genuinely angry at Wall Street and income inequality.

“Sanders, as well as Trump, say things in a forceful, simplistic way,” said Kenneth Fernandez, director of the Elon University Poll in North Carolina. His February survey had Sanders up by 8 points over Trump in North Carolina, while Clinton was ahead by 6.

The more Sanders seems an obstacle in Clinton’s way, the more he’ll face the sort of scrutiny serious candidates endure. He remains a long shot to win the Democratic nomination.

Sanders next faces Clinton in New York’s April 19 primary. Her poll support has been steady in New York all year. Sanders continues to trail, but he’s been gaining — and suddenly feeling the sort of heat that could tarnish his sterling image.

Clinton’s been firing away this week, questioning whether Sanders was prepared for the White House and branding him “a relatively new Democrat.” Sanders has been an independent throughout his 25 years in Congress, though he caucuses with Democrats.

He stumbled in a New York Daily News interview Monday as he tried to explain some of his ideas, notably his plans to toughen regulation of Wall Street. After Clinton criticized his vagueness, Sanders shot back, suggesting several reasons why he didn’t think Clinton was qualified to be president.

Should Sanders become the party’s nominee, Clinton’s barbs will be just the warmup act, as Sanders gets grilled over his big, expensive ideas and liberal voting record.

He’d have to detail his trillion-dollar, five-year infrastructure program and what his health care system overhaul would entail.

He’d have to explain his plan to make college more affordable, which includes free tuition at public colleges and universities. To help pay for his ideas, he has proposed a tax on Wall Street transactions by investment houses, hedge funds and other speculators — a tough sell to a Congress reluctant to support any tax increases.

Perhaps most daunting for a general election candidate, he’d have to defend how the liberal Americans for Democratic Action gave him a stellar 95 percent rating in 2014, above the Democratic Senate average of 87 percent. His score would have been perfect, but he missed one vote.

Remember, winter and spring surveys “are not predictive of who goes to the polls,” said Tara Blanc, co-director of the Merrill Poll in Tempe, Ariz. In its statewide survey last month, Sanders had a 3 percentage point lead over Trump, but Blanc warned against drawing any conclusions.

Few expect Sanders’ good times to last. “The less you know about a person, the more positive you’re going to feel,” said Sabato. “Sanders really hasn’t been vetted yet.”