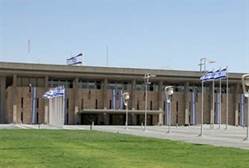 In a statement, Zionist Camp decried comments by MK Zouhair Bahloul, a member of the party, who accused the IDF soldier who shot an Arab terrorist stabber on Purim morning of “executing an innocent Arab.” In a statement, the party said that the statement did not reflect the values of the party, but it did not issue a condemnatory statement. “We are in the midst of a wave of terror, and it would be a good idea for the government to act efficiently to end it. The Chevron terrorist is like all terrorists.”

Earlier, Bahloul, an Israeli Arab who was a long-time broadcaster and talk show host on Israel Radio, said in an interview on Army Radio Thursday morning that “the bullets of that soldier from Chevron cut down the life of a Palestinian. I don’t want to discuss the terminology too much, but I think that anyone who harms the life of an innocent person is the terrorist himself, and deserves the most extreme punishment. We need to say these things without hesitation – that soldier deserves the most severe punishment. For that we have courts and a justice system. But I don’t want to go into that now.”

Although the party did not relate directly to Bahloul’s comments, Zionist Camp MKs asked him to retract his comments. MK Revital Sweid said that the comments were “unacceptable. Murderers of babies in their sleep or of soldiers on bus stops and army bases will always be our enemies. These comments are a legitimization of attacks on soldiers.”

The soldier who shot at the terrorist when he was neutralized and on the ground after soldiers shot him when he tried to stab them is back in military court Thursday, and he will be restricted to base for another week while prosecutors decide their next move. Formal charges have still not been filed against the soldier two weeks after the incident, although the IDF prosecutor has decided not to charge the soldier with murder, as he had originally planned.