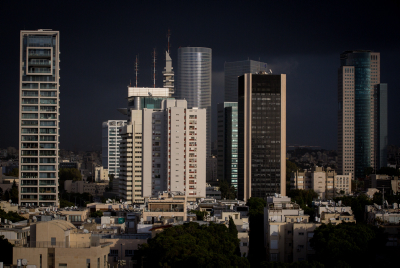 The Tel Aviv municipality said Wednesday that it would be good to go on its in-town vehicle-sharing program. The city has been working on the idea for three years, but until recently little had been done to implement it.

That’s changed, however, and the city said that it was ready to go with a new and improved plan, which it hopes will help reduce rush-hour traffic by lowering the number of cars coming into the city during rush hours. Much like the city’s Tal-Ofen bike-rental program, the vehicle-sharing program will provide cars (models have not yet been decided) that can be picked up and dropped off at specific spots in the city.

To make the program even more attractive, some 600 street parking spaces will be lopped off the available number – already very low – and will be dedicated specifically for the car-sharing program vehicles, of which there will be 260 in the first stage. The cars will be for use strictly within the Tel Aviv municipal limits, but if the program is successful, it may be expanded to the suburbs around the city, officials said.

In a statement, Tel Aviv Mayor Ron Chuldai said that “public transportation in Israel is in need of an immediate and significant upgrade. As such, we are acting with all the tools at our disposal to provide alternatives to private vehicles entering the city, which cause a great deal of pollution and render unsafe conditions in the city.”