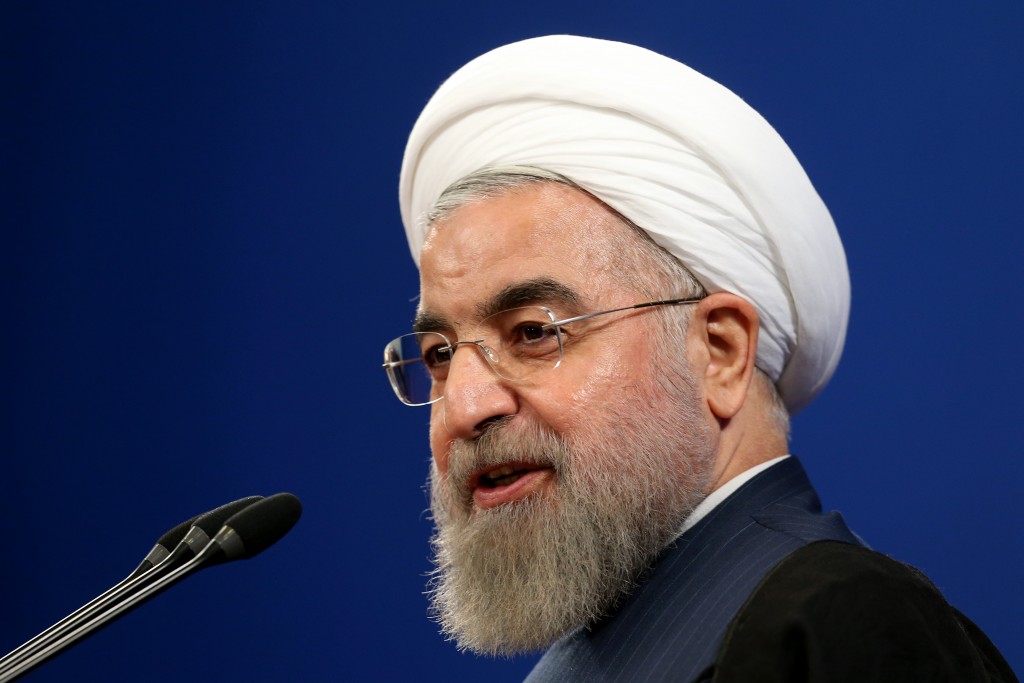 President Hassan Rouhani said on Thursday that Iran posed no threat to any other nation and that it wanted interaction with the rest of the world – remarks contrasting with the view of the country’s hardline supreme leader.

Ayatollah Ali Khamenei, Iran’s ultimate authority, has ruled out further rapprochement with the United States after the consummation of a deal on Iran’s disputed nuclear activity that ended years of political and economic isolation.

The deal, reached with six major powers in 2015, led to Iran curbing its nuclear program in exchange for a lifting of sanctions in January. A standoff between Rouhani’s government, which saw the deal through, and Khamenei’s allies who opposed it, has intensified in the past few months.

“We are in favor of a policy of moderation … Iran is not a threat to any country … Tehran wants interaction with the world, with its neighboring countries,” Rouhani, a relative moderate, said at a gathering to mark National Nuclear Technology Day broadcast live on state media.

“With moderation we can reach our goals faster… Trusting or distrusting others cannot be 100 percent… To progress, we need to have interaction with the world,” Rouhani said.

He wants to modernize the economy with the help of foreign investment and wealthy expatriates. The electoral gains of Rouhani’s allies could help him push through economic reforms. But Khamenei allies said in March that Western business delegations had failed to deliver any benefit to Iran’s economy.

Earlier this week, Khamenei said that the United States was a “symbol of dishonesty” and it should not be trusted, emphasizing that the Islamic Republic should be self-sufficient.

Iran has had no diplomatic relations with the United States since soon after its 1979 Islamic Revolution that toppled the U.S.-backed Shah.

Impressive gains by Rouhani’s moderate allies in February’s elections for parliament and a leadership body has deepened political infighting within the ruling elite. Rouhani’s rivals – notably in the powerful Shiite clergy and security services, including the Revolutionary Guards – oppose any political liberalization at home and normalizing ties with the West, fearing it may weaken their longtime dominance.

“For years we have been building power on the presumption of a widespread war with America and its allies,” state media quoted the commander of the Islamic Revolutionary Guards Corps (IRGC), Mohammad Ali Jafari, as saying on Tuesday.

“We don’t welcome any war, but if the time should come for a military confrontation…, America will not be able to do [anything].”

The IRGC has test-fired ballistic missiles in recent months, drawing criticism from the West. The United States and several European powers said last month that the tests defied a U.N. Security Council Resolution that calls on Iran not to test missiles that could be tipped with nuclear weapons.

Tehran has repeatedly denied that its missiles are designed to carry nuclear warheads, saying the tests are meant to demonstrate its nonnuclear deterrent power.