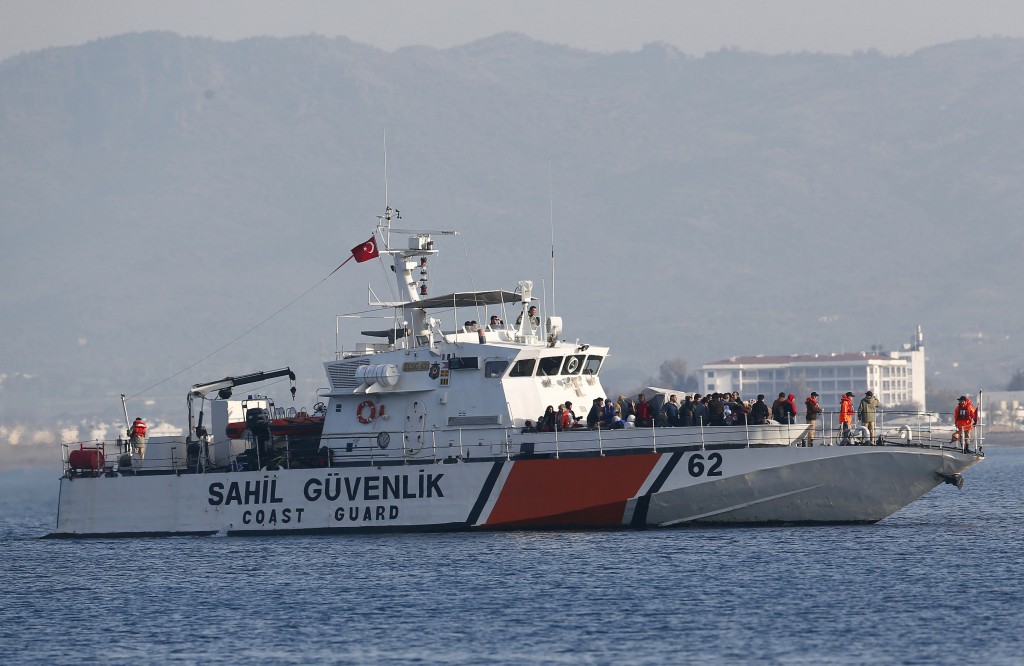 The Turkish coast guard has apprehended dozens of migrants on the Aegean Sea between Turkey and Greece.

About 60 people, including some Syrians, were brought to a coast guard station in the western province of Izmir on Wednesday.

The European Union began sending back migrants this week under a deal with Turkey aimed at preventing illegal immigration to Europe.

On Monday, 202 migrants from 11 countries were sent back to Turkey from the Greek islands of Lesbos and Chios.

The same day, 155 migrants were caught on the Aegean by the Turkish coast guard.

Meanwhile, dozens of Syrians were flown to Germany, Finland and the Netherlands on Monday and Tuesday.

The EU-Turkey deal stipulates that for every Syrian returned from Europe to Turkey another should be resettled in Europe.