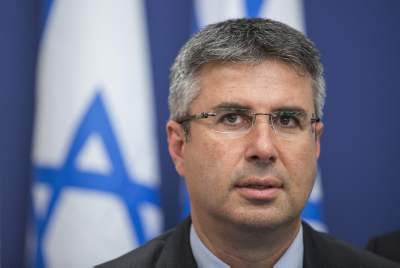 The Israel Tax Authority announced that it would open an investigation against Israelis whose names were released in the now-infamous data dump of the “Panama Papers,” the records of the Panamanian law firm Mossack Fonseca leaked over the weekend that apparently contains the names of thousands of world leaders and corporate executives who used the company’s services to avoid paying taxes. The documents contain the names of about 850 Israeli heads of companies, shareholders, businesspeople, and current and former government officials who allegedly tried to hide funds from authorities by taking advantage of Panama’s lax money laundering laws.

Tax officials said that they would investigate the Israelis “one by one” to determine their culpability, if any, said Tax Authority head Moshe Asher. “We will examine their accounts and compare them to the information in the documents to see if there are any discrepancies,” he said.

Among the Israeli names listed in the 11 million documents leaked include well-known businesspeople and prominent figures in Israeli political and economical life.

The documents record the establishment of companies or bank accounts in tax havens, many in the Caribbean and central America.It should be noted that there are no laws against Israelis being associated with these entities; the problem develops when the accounts or businesses remain unreported, or when taxes owed remain unpaid.

“It must be emphasized that as long as these individuals report on their activities, accounts, and income, there is no problem,” Asher told Yediot Aharonot. “We haven’t gotten the list yet, and we do not have a full list of the names, but I imagine that some of the names on the list will be well-known. I also imagine that a significant number of them did not report properly. In that case we will examine things from a civil or criminal perspective, as required.”