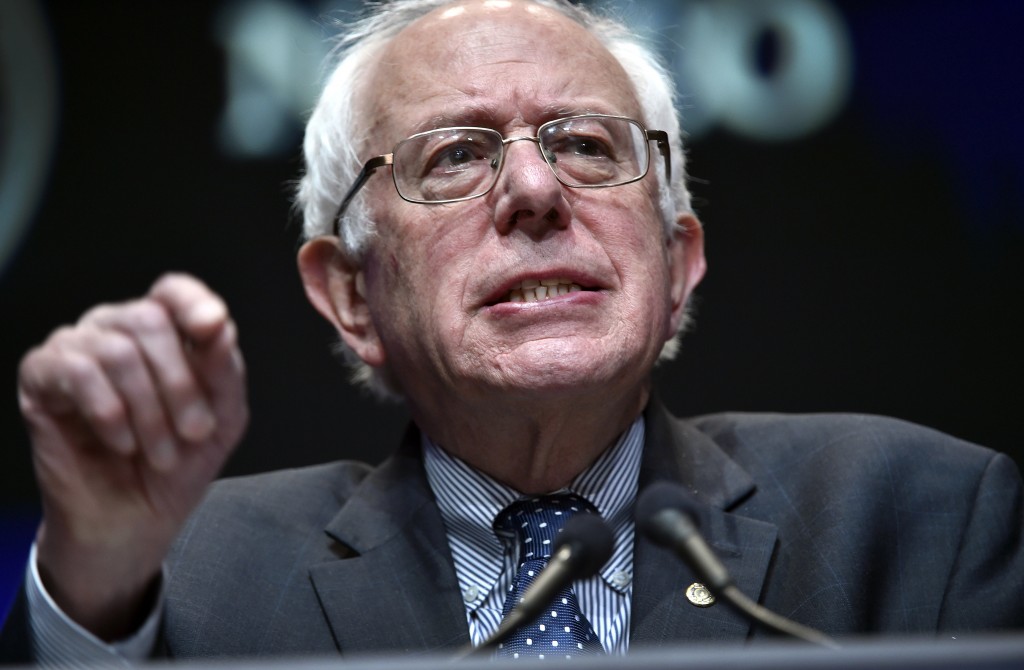 In what may emerge as the biggest gaffe of the 2016 presidential campaign, and which has already cast a shadow over Bernie Sanders’ victory in the Wisconsin Democratic primary on Tuesday, the Vermont Senator gave a grossly exaggerated figure of “over 10,000 innocent” Palestinians killed in the 2014 fighting, and blamed Israel for “indiscriminate” attacks.

The figure was seven times that claimed by Hamas, which was far more than Israel’s official total.

Sanders’s misstatement of the facts came during an interview with the New York Daily News on Monday. When asked about his views on Israel’s Operation Protective Edge, the senator replied:

“My recollection is over 10,000 innocent people were killed in Gaza. Does that sound right?” Sanders asked the interviewer.

“My understanding is that a whole lot of apartment houses were leveled. Hospitals, I think, were bombed. So yeah, I do believe and I don’t think I’m alone in believing that Israel’s force was more indiscriminate than it should have been,” he said.

However, after a quick fact-check the interviewer corrected Sanders with the figures of about 2,300 Gazans killed during the 2014 fighting, and about 10,000 wounded. According to Palestinian figures cited by the UN Human Rights Council (not a great friend of Israel), 1,462 civilians were killed out of a total of the 2,251 Gaza fatalities during the 51-day conflict.

Israel says that up to half of those killed on the Palestinian side were combatants, and has blamed the civilian death toll on Hamas for deliberating placing rocket launches, tunnels and other military installations among civilians. Several international experts have backed IDF claims that it took every possible precaution, including notifying civilians in target areas of imminent attack.

It was not strictly a question of inaccuracy, however. Sanders expanded on his thinking about Israel, and it was decidedly unfavorable, even though he prefaced his criticism with a declaration of solidarity.

“I lived in Israel. I have family in Israel. I believe 100% not only in Israel’s right to exist, [but]a right to exist in peace and security without having to face terrorist attacks. But from the United States’ point of view, I think, long-term, we cannot ignore the reality that you have large numbers of Palestinians who are suffering now, poverty rate off the charts, unemployment off the charts, Gaza remaining a destroyed area,” he said.

“And I think that for long-term peace in that region…there are good people on both sides, and Israel is not, cannot, just simply expand when it wants to expand with new settlements. So I think the United States has got to help work with the Palestinian people as well. I think that is the path toward peace,” he said.

In a speech released two weeks ago, which Sanders said he would have given at the annual AIPAC policy conference had he not been elsewhere campaigning, he called for “pulling back settlements in the West Bank, just as Israel did in Gaza.” He also said that Israel should end its blockade of Gaza, a demand peristently made by Turkey’s Recep Tayyip Erdogan, which Israel, for well-known security reasons, has refused to agree to.