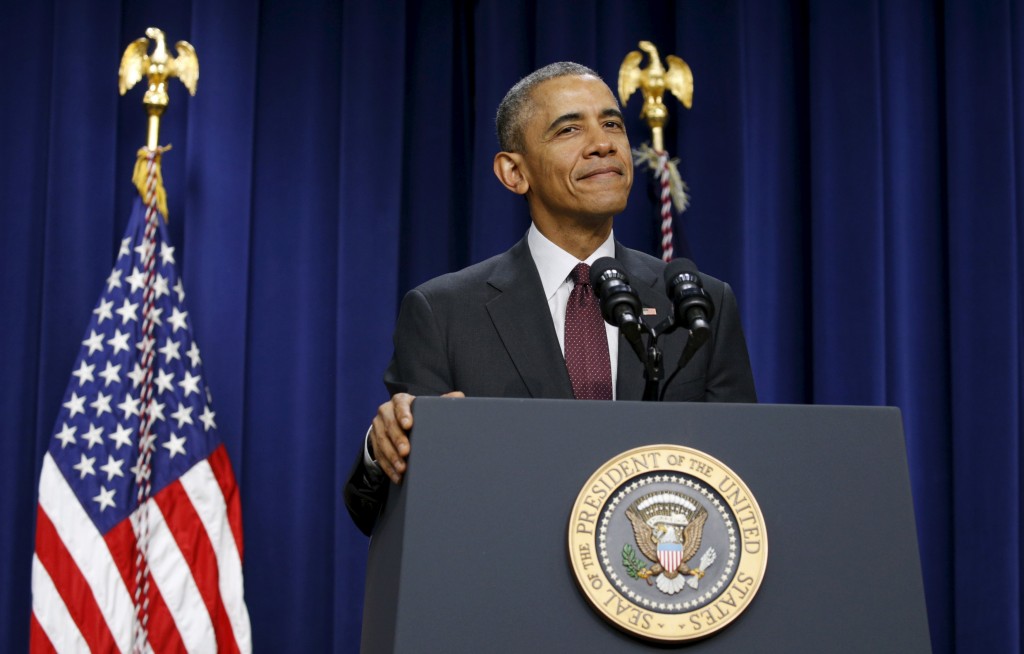 He won’t be on November’s ballot, but President Barack Obama is slowly embracing his role as the anti-Trump, taking on the Republican front-runner in ways that no other Democrat can.

With Hillary Clinton and Bernie Sanders still fighting it out in the Democratic primary, the task has fallen increasingly to Obama to articulate the counter-message to Donald Trump, whose ascent to the White House would constitute an overwhelming rebuke of Obama. Democrats are working hard to use the contrast between Obama and Trump to paint the Republican candidate as anything but presidential.

For months, Obama and his aides mostly avoided getting dragged into the fray or letting the campaign din distract from Obama’s agenda. The White House would sidestep questions about the latest Trump controversies, refusing to turn Obama into a pundit on the race to replace him.

When Obama waded in, it was only to offer implicit rebukes of the Trump phenomenon, such as his assertion in September that “America is great right now” — a thinly-veiled reference to the business mogul’s campaign promise to “make America great again.”

“I am getting questions constantly from foreign leaders about some of the wackier suggestions that are being made,” Obama said. “They don’t expect half-baked notions coming out of the White House. We can’t afford that.”

The Democratic National Committee quickly circulated video footage of Obama’s remarks, arguing that it illustrated that Trump “simply doesn’t have the temperament necessary to be commander in chief.”

Yet by calling attention to Trump’s positions, the White House risks further elevating him, while giving Obama’s critics a fresh reason to get behind the billionaire businessman.

In his latest rebuke, Obama unloaded on Trump’s proposal to compel Mexico to pay for a border wall by threatening to cut off remittances that Mexican immigrants in the U.S. send back home. Asked about that idea, Obama issued a point-by-point rebuttal, arguing that would actually increase the flow of immigrants into the U.S. and that tracking huge numbers of remittances was impossible.

“Good luck with that,” Obama said.

Obama has said repeatedly he doesn’t believe Trump will win, and White House officials said there was no concerted effort to insert Obama more visibly into the election debate. After all, every minute Obama spends talking about Trump is a minute wasted when it comes to Obama’s many unfinished pieces of business.

Obama, echoing the broader message from Democrats this year, has stressed that Trump isn’t the only Republican espousing “draconian” rhetoric about Mexicans, Muslims, and others. Yet the brunt of Obama’s criticism has centered on Trump, who, according to the numbers,  has the best path to the Republican nomination, despite losing in Wisconsin on Tuesday.

Obama’s public scolding of Trump, who for years peddled inaccurate claims about Obama’s birth certificate, dates back to 2011, when Obama roasted him on national media, at the glitzy White House Correspondents’ Association Dinner.

Though Clinton and Sanders have also vigorously attacked Trump, neither has been able to focus exclusively on the Republican as their battle for the Democratic nomination continues.

Obama hasn’t endorsed either of the Democrats or campaigned on their behalf, leaving his condemnation of Trump as his primary foray into the race to date.

The White House said once the Democrats choose their nominee, Obama will be out in full force campaigning, raising money and activating his own supporters. White House spokeswoman Jennifer Friedman said Obama would cast the general election as a choice between building on Obama’s policies or abruptly reversing course.

“This is a choice that the president does not take lightly, and is something he will lay out for the American people with increased frequency in the weeks and months ahead,” Friedman said.