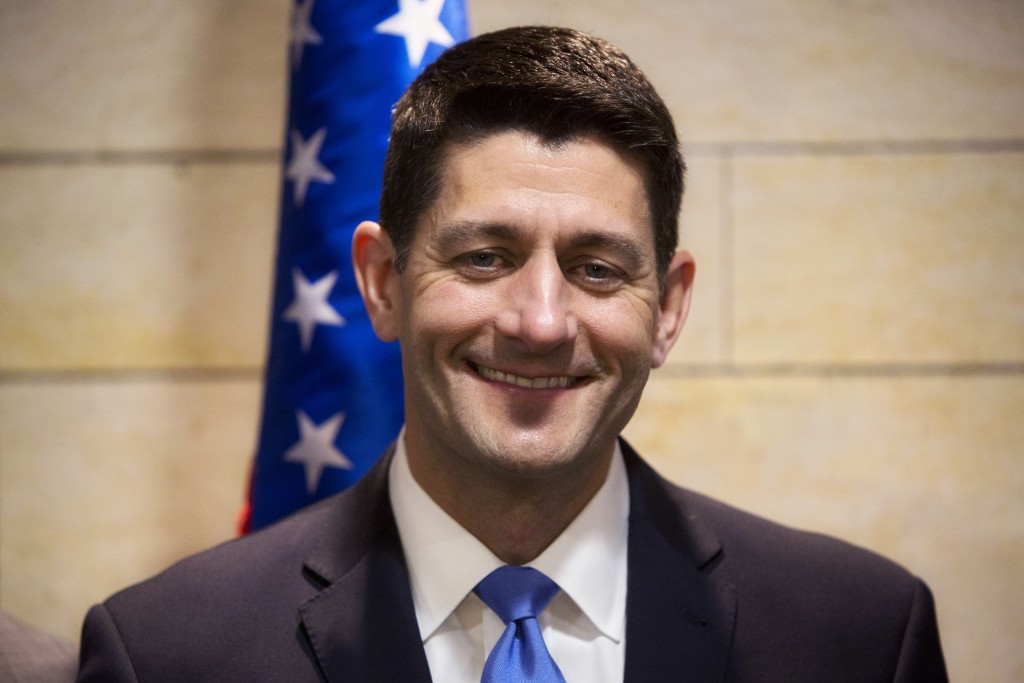 Regarding the potential for a deadlocked Republican convention to nominate him, House Speaker Paul Ryan, R-Wis., insists: “No, I’ve already said that that’s not me.” He continued: “I decided not to run for president. I think you should run, if you’re going to be president. I think you should start in Iowa and run to the tape.” Well, we’d be more inclined to think he would never accept a draft movement at the convention if he had not been as adamantly opposed — before relenting — about taking the job he is in.

He has not done the full Shermanesque denial, “If nominated, I will not accept; if drafted, I will not run; if elected, I will not serve.” And if the party could not find a majority for either of the two front-runners after multiple ballots, anything is possible. Besides, he has only won one less primary than Ohio Gov. John Kasich. (Seriously, Kasich’s ongoing losses prove that the GOP definitely does not want him.)

Ryan’s comments, ironically, were made in Israel on his first overseas trip as speaker in an interview in which he sounded, well, presidential. He described the next steps on Iran as “enforcing, monitoring and watching all the other sanctions — making sure there are no other sanctions that are being loosened.” He continued, “And that’s what brings me to concern about the clearing houses and the dollarization — giving (Iran) access to cash, to dollars, and to the U.S. financial system. That’s not part of this deal, and it shouldn’t be. That falls into the category of concerns about backsliding or even giving more concessions and sanctions relief.” Speaking about the boycott, divestment and sanctions (BDS) movement, he declared it to be a “nasty strain of anti-Semitism.” On the subject of the U.S.-Israel alliance, he said:

“We have international terrorism that is threatening the civilized world. It’s threatening us. They’re coming at Israel but they’re ultimately coming for us. So we are partners in this war on terror, radical Islamic terrorism. Israel is an indispensable ally in that. Israel is on the front line in so many ways with respects to it. So (the alliance is crucial) just for security cooperation. (Additionally,) we share the same values. You are an oasis of democracy in a tough neighborhood. And it’s very important to us to keep these alliances.”

So he is entirely fluent on foreign policy and just about every other policy issue. He is in many ways the face of the non-Trump GOP (60 to 70 percent), a so-called reform conservative who believes in implementing big ideas and one of the few Republicans widely respected by nearly the entire spectrum of conservatives. (Only nine Republicans voted against him.)

He is entirely plausible as a presidential contender, but is it possible a non-candidate who has won zero primaries could get picked? If Donald Trump does not get the nomination on the first ballot, it is widely expected he will not win. At that point, however, delegates could choose to do just about anything. So long as Kasich remains immovable, there is no guarantee that Cruz would get the nomination. (It is highly likely, but not certain.) Yes, one can envision on, say, the fifth ballot a few dozen votes for Ryan — then a couple hundred the next ballot and so on.

Okay, this is not the most likely scenario, to put it mildly. But let’s consider an alternative: Trump gets the nomination. Is there anyone more plausible to run as a third candidate, the only conservative in the race? He’s qualified, well-liked and experienced both in government and on a presidential ticket. He has wide, if not universal, name recognition. Having not run in the primary, he will not be kept off the ballot in states with so-called “sore loser” rules. (If a write-in is needed in some states, he even has an easy-to-spell name!)

We recognize this is all highly unlikely. Then again, a year ago the possibility of a Trump nomination would have been infinitesimal. If one thinks VP Joe Biden is the Democrats’ ultimate backup if Hillary Clinton gets indicted, Ryan can be seen as the “in case of emergency, break glass” candidate for Republicans.

All we can say is in this election cycle, a Ryan presidential run in some capacity would not be the craziest thing to happen.