How an Open Republican Convention Would Work 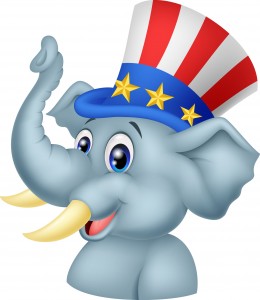 Josh Putnam is a lecturer in the Political Science Department at the University of Georgia. But, to political junkies, he’s better known as the founder of Frontloading HQ (FHQ, for short), a site that tracks the presidential primary calendar and all that comes with it. With an open convention on the Republican side looking more and more likely, I reached out to Josh to ask a few questions about the rest of the primary calendar and to clear up all of the fuzziness about exactly how that convention might work. Our conversation, conducted via email and edited only for grammar, is below.

Q: There’s only one question on anyone’s mind right now: Does Donald Trump get to 1,237 delegates before the Republican convention or not? Why? Why not?

A: The calendar has entered an extended period of only sporadic contests that will stretch on in fits and starts of delegate allocation between now and the beginning of June. Gone is the sprint through March when more than half of the total number of delegates were allocated. In March’s wake is a question without a quickly achievable answer.

Trump getting to or not getting to 1,237 had nothing to do with Wisconsin. With only 42 delegates at stake, the Badger state only offered a small update to the delegate tally and the assessments of the likelihood that any candidate will reach a majority of the delegates before Cleveland. Given the small data addition, one might be better served by looking for points on the calendar where more delegates are on the line. There are really only a couple of spots on the remaining calendar: the eight day stretch in mid-to-late April encompassing a number of mid-Atlantic and northeastern states (267 delegates) and June 7 when California and New Jersey among others hold contests (303 delegates).

That is nearly 600 delegates in areas that look to be favorable to Mr. Trump. It is those respective caches of delegates that will go a long way toward answering the 1,237 question. And, to be clear, the propensity of the other campaigns to continue peeling off delegates from Trump in those areas and in those on the more sparsely populated parts of the calendar (see May). Trump may win later on in April, but does he win big in the delegate count or only win contests in a fashion that will leave him with only small delegate surpluses in seemingly favorable states?

Q: How much does California on June 7 matter in this delegate chase. Is it the only race now that really matters?

A: California is a big delegate prize on the back end of a calendar with relatively few delegate-rich states left. The Golden state offers 172 delegates — the most of any state — but that is a chunk of delegates that is at the end of a sequence. Campaigns can miss the forest for the trees by focusing too much on California and not enough on continuing to accrue delegates in even the remaining small and medium-sized states.

One thing is true about California’s place in the 2016 process. If a candidate is going to get to or over 1,237 — and Trump is likely the only candidate who can do so before Cleveland — that cannot mathematically occur until June 7. There are important contests before June 7, but none looms over the process more than California does.

A: To this point in 2016, much of the focus has been on the delegate allocation process. Trump is winning that race and has built a fairly healthy lead. However, there is also a parallel delegate selection process; a process to fill those slots allocated to the presidential candidate through votes in primaries and caucuses with actual people. And in many cases those people — the delegates selected — are not necessarily supporters of the candidate to whom they are bound for one or more ballots at the national convention.

The early evidence suggests that Trump and John Kasich are playing catch-up and that the Ted Cruz campaign did their due diligence identifying and activating supporters and/or potential delegate candidates before 2016. That is to say that Cruz is organized and Trump and Kasich are organizing. All other things being held equal, one would rather have frontloaded that legwork and tending to already-identified delegate candidates than to be doing it on the fly while also simultaneously competing for votes in the remaining primaries.

Again, it is early. Only 14 states and territories have completed their delegate selection processes at this point. That is a quarter of the states and territories, representing a little more than a fifth of the total number of delegates to be selected. But though the dataset is incomplete, the trend line is one that indicates that the Cruz campaign is doing well, not just in North Dakota, but in Arizona, Georgia, Louisiana and Wyoming, among others. April and May is when the vast majority of delegates will be selected.

There are not necessarily specific states to watch moving forward. However, approximately 75 percent of the delegates will be selected in a manner in which the campaigns do not have a direct influence on who the delegates selected are; the campaigns do not have the ability to approve of or reject delegates. It is in those states where the evidence will be clearest that Cruz is either continuing to overperform and/or Trump is underperforming relative to how well he did in the allocation process. Either those trends continue unabated or there is a break in the pattern. In many ways, it is the exact opposite dynamic — break in a trend — at play in the allocation process.

Q: There is a LOT of misinformation out there about what convention delegates can – and can’t – do. Walk me through what the 1st ballot will look like and what we know about how subsequent ballots would work?

The biggest thing at this point is that there is a very definite sequence to this process and most folks are giving in to the temptation to jump to literally the last order of business on the national convention delegates’ agenda: the presidential nomination roll call vote. Standing in the way of that endpoint to the process are a number of very important steps.

First, who are the delegates? We are only now getting an answer to that question and will continue to gather more information as the selection process picks up steam in April and into May.

The delegates selected — or rather the delegations selected — choose who among them will represent the 56 states and territories on the various convention committees. Each state or territory delegation, once chosen, selects two members from among their ranks to represent them on the Convention Rules Committee, two others for the Convention Credentials Committee and so on and so forth.

We need to know the delegates to know who is on the Convention Rules Committee in particular. It is that committee that will consider and pass any rules changes that will then go to the floor of the convention for ratification (or a broader floor fight over rules) before all 2,472 delegates.

It is that step that is most important and perhaps most shrouded in mystery. Until those pieces are in place, though, we really have nothing to go on except the temporary rules that are currently in place as holdovers from the Tampa convention in 2012. Without knowing the 2016 rules, it is difficult to assess how any roll call vote, first or 101st, will go.

However, the one thing that perhaps works in our favor is that the campaigns currently vying for the 2016 Republican presidential nomination have been operating as if the 2012 rules — temporary or not — are the rules of the game. Candidates are racing toward 1,237 delegates during primary season or at the convention. The campaigns are also behaving as if the oft-discussed Rule 40(b) — the rule setting a majority of delegates in eight states as the threshold [for a candidate] to be placed in nomination — is and will be a rule at the 2016 convention. Acting like those are the rules and actually getting close to or over either of those thresholds means that there will be a campaign or two that will have an interest in defending those rules.

As Trump and Cruz are likely the only two candidates to surpass the Rule 40 barrier — Trump already has and Cruz stands a good chance of getting there, too, with likely wins in a handful of interior western contests ahead (Wyoming, Nebraska, Montana and South Dakota) — they have a potential interest in maintaining the current rules as a means of keeping other candidates off a first ballot vote.

A first ballot vote with just two candidates, neither of whom is north of 1,237, and something relatively close to the current rules would likely mean an inconclusive outcome. That depends on how many unbound delegates there are. And that may depend on whether the candidates who have suspended their campaigns have released their remaining delegates. [The rules vary, but in most states that have allocated delegates thus far, suspension of a campaign is not a sufficient enough action to release bound delegates.] Only the unbound delegates would be free agents on the first ballot to help either Trump or Cruz over 1,237.

If those former candidate delegates are not released, their votes will be called out as bound by the state delegation chair, but not recorded by the secretary of the convention, because those candidates did not qualify under Rule 40(b). Only the bound and pledged (from unbound delegates) votes are counted. And if no one gets to 1,237, then the process goes to a second ballot.

After the first ballot, a little less than 60 percent of the delegates will become unbound and free agents on a subsequent vote. Either they can join up with one of the two qualifying candidates — Trump and Cruz in this scenario — or if there is enough support (a majority of delegates in at least eight states) for another candidate, then they can join that effort to produce another Rule 40 qualifier; another name placed in nomination. If Cruz is as organized elsewhere as his campaign has been in states currently selecting delegates, though, he would be greatly advantaged on that second ballot and reduce the likelihood of it going beyond that point.

A: I bent the rules last time we did this and I’ll do it again here.

If Trump gets to 1,237: It will take one ballot to choose Donald Trump as the Republican nominee. That seems pretty self explanatory. A majority of delegates means a nominee.

If Trump fails to get to 1,237: It will take two ballots (and perhaps just one) to choose Ted Cruz as the Republican nominee. Trump has done well at the allocation game. Cruz, though, is off to a good start in the delegate selection game. If he has more loyal delegates — those that would stick with him even after they become unbound — then he likely has sufficient power over the Convention Rules Committee to either change the rules to unbind the delegates or to just wait out an inconclusive first ballot for a clarifying second ballot vote.