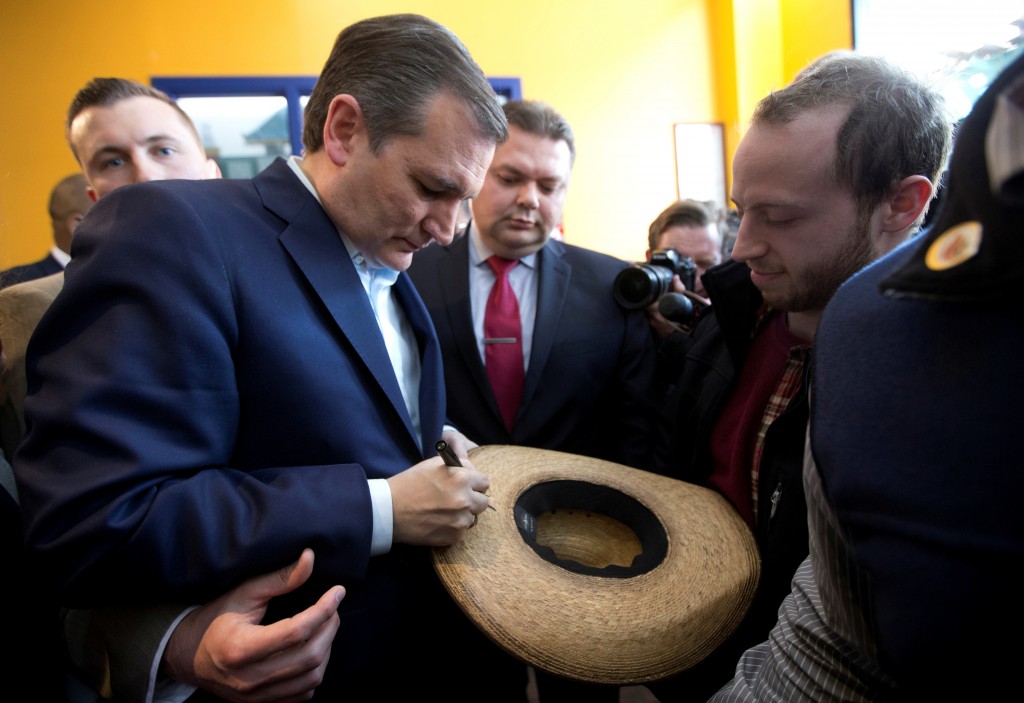 The year’s biggest, wildest show is finally coming to Brooklyn. And Buffalo. And Syracuse.

The presidential primary is descending on New York. The voting on April 19 will be the first time the state has a played a meaningful role in the nominating process in decades. New York is a coveted prize, offering the most delegates of any contest left on the primary calendar until California’s primary June 7.

And the two leading hometown candidates, Hillary Clinton and Donald Trump, who have long eyed New York as a bulwark against their opposition, now both need the state to provide a bounce-back victory after some disheartening defeats.

Clinton, who has a home just north of New York City and her campaign headquarters in Brooklyn, is aiming to recover from a loss to Bernie Sanders in Wisconsin by emphasizing the eight years she represented the Empire State in the Senate. But polls show her lead over Sanders — another New Yorker who grew up in Brooklyn before settling in Vermont — narrowing. So she is turning to local political organizations, unions and a vast statewide network of supportive elected officials to ward off what would be a humiliating defeat even though she’d still possess a significant delegate lead.

“New Yorkers took a chance on me, and I will never forget that,” Clinton said at a recent event in Harlem. “You have always had my back and I have always tried to have yours.”

For Trump, the campaign’s move to the city where his name is a fixture on apartment buildings, hotels and even Central Park’s ice skating rink, gives him a chance to shake off a resounding defeat to Ted Cruz in Wisconsin.

That loss may doom his chance to lock up the 1,237 delegates needed to secure the Republican nomination before the party’s convention this summer, but the celebrity businessman appears poised to rack up a significant win in his home state. He has a commanding lead in recent polls and his organizational reach appears to dwarf those of Cruz and Ohio Gov. John Kasich.

“I love New York. New York just came out with polls and I’m killing everybody,” said Trump at a rally in Wisconsin on Monday. “Isn’t it nice when the people know you best have you way up?”

Both the Clinton and Trump campaigns may draw lessons from the state’s 2014 gubernatorial race.

That year, Democrat Andrew Cuomo ran on a record of being bipartisan and a business-friendly tax cutter. But many Democrats rallied around unknown law professor Zephyr Teachout, who ended up with a shocking 33 percent. Sanders hopes that scenario is repeated with Clinton.

Upstate is mostly small towns and rural areas, a far cry from the glittering skyscrapers and liberal politics that many associate with New York. Those counties frequently vote Republican.

But while Trump has declared that “in upstate New York, I’m like the most popular person that’s ever lived,” it would be a tall task to flip his native state red in November due to the sheer number of votes in New York City. Ronald Reagan was the last Republican to win New York, back in 1984.

“It’s really exciting that New York matters this time around and that all the candidates are here,” said Tanisha Smith, 36, an undecided Democrat from Brooklyn. “We don’t have to wait to November this year!”