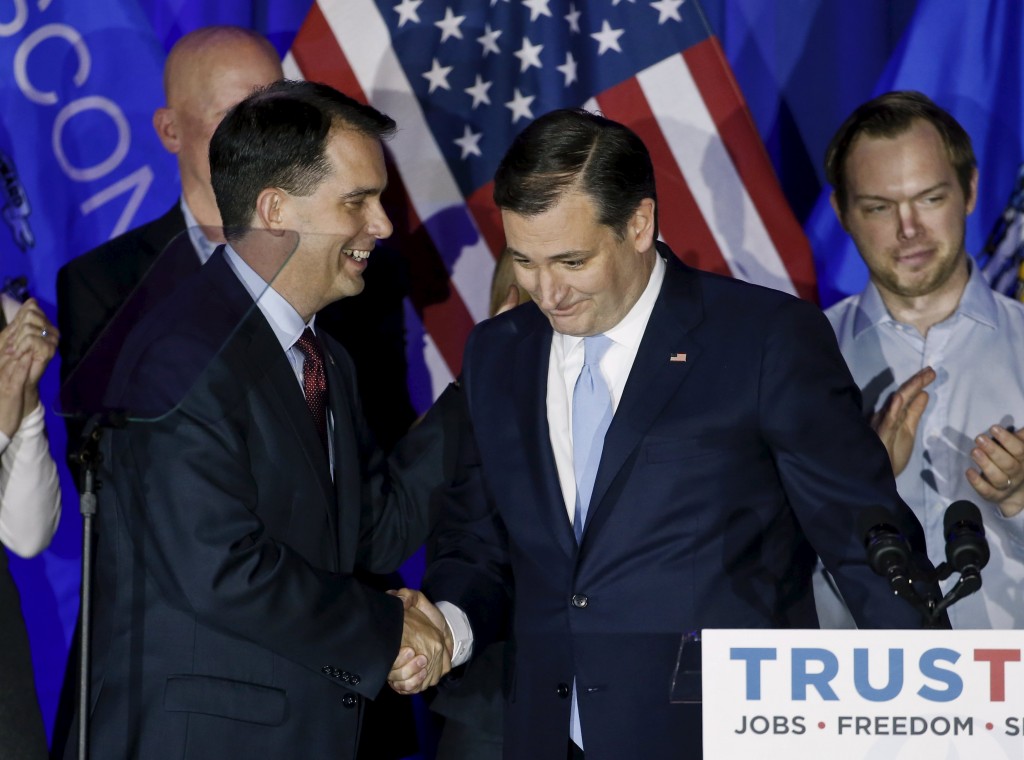 After Sen. Ted Cruz’s big victory in the Wisconsin primary, Republicans enter a new and critical phase in their volatile nomination battle, with Donald Trump’s rivals and those in the party establishment who are determined to stop him sharing a single objective: to keep the GOP front-runner as far short of a first-ballot convention victory as possible.

The Wisconsin race represents a potentially important turning point in the Republican contest, one that will embolden Trump’s opponents. A contested convention has become more probable. Whether that comes to pass will be determined by what takes place in the trench warfare that will play out over the next three months.

The Republican race is about to become granular. The coming battles will be waged in targeted congressional districts where Trump shows weakness regardless of his statewide appeal, in hand-to-hand competition at state party conventions where the delegates are being selected, and ultimately in a battle for the hearts and minds of the men and women who will go to Cleveland, bound or unbound on the first ballot but free agents after that.

Until now, the nomination fight has been portrayed, rightly, as a series of state-by-state contests, where victories beget momentum and bragging rights. In this competition, Trump has won more than anyone else – the most votes overall and the most delegates.

From here on, delegate accumulation matters above all. For Trump and Cruz, winning states certainly remains important. But every delegate denied to Trump will be considered a small but important victory by the anti-Trump forces.

At his victory rally in Wisconsin, Cruz said he is “more and more convinced” that he can win the nomination. “Either before Cleveland or at the convention in Cleveland, we will win the majority of delegates,” he said.

Cruz’s clear victory in Wisconsin makes it exceedingly difficult for Trump to reach the 1,237-delegate threshold by the final day of the primaries and makes the senator from Texas the principal alternative. Ohio Gov. John Kasich hopes to hang in until the convention, but his weak showing in Wisconsin makes his case more difficult.

How close Trump comes to a first-ballot majority will have a huge influence on the behavior of the convention delegates when they gather in July. “For us, it’s how much more can we peel him back from that number,” said Katie Packer, founder of Our Principles, an anti-Trump super PAC.

With Wisconsin in the books, about two-thirds of the convention delegates have been allocated. Only about 832 of the 2,472 total delegates are yet to be allocated. Only Trump has even an outside chance of getting to 1,237, but his path became narrower because of Wisconsin.

The immediate calendar appears favorable to Trump. The next contest, on April 19, will be held in the New York billionaire’s home state. It seems the ideal place for him to rebound after two weeks of self-inflicted wounds – controversial foreign and domestic policy proposals, and a campaign manager charged with misdemeanor battery – and now a serious setback in a key Midwest industrial state.

The most recent polls show him with a sizeable lead statewide and support topping 50 percent. But New York’s rules are less than ideal for Trump at a time when he needs to sweep up as many delegates as possible.

For starters, the state’s 95 delegates will be awarded proportionally, rather than on a winner-take-all basis. Beyond that, 81 of those delegates are distributed on the basis of results in the state’s 27 congressional districts.

Trump could gain 14 delegates if he wins more than 50 percent of the statewide vote. Otherwise, he will share those delegates with any rival who tops 20 percent. In any congressional district where he falls short of 50 percent, even if he has the plurality of votes, he will give up one of the three delegates awarded in each of those districts. If he runs second in any district, he would pick up just one delegate.

A week after that, the biggest prize is Pennsylvania, with 71 delegates. But only 17 of those delegates will be bound to vote for the winner of the primary. The other 54 will be elected individually, three for each of the 18 congressional districts. They are identified by the candidate they support, if they favor someone, and are not bound to vote for the winner. Polls there show Trump, Cruz and Kasich as competitive – but Cruz’s team believes its superior organization and attention to detail will pay dividends on the delegate front.

The biggest prize comes on the final day of the primary season, when California awards 172 delegates. California is a winner-take-all state, but it is both winner-take-all for the 13 at-large delegates awarded on the basis of the statewide results and the rest awarded to the winner of each of the state’s 53 congressional districts.

The other side of the battle could be just as important in determining the state of play heading into Cleveland. This is the delegate selection process, rather than the delegate allocation process, or what Republican strategists and election-law attorney Ben Ginsberg described on MSNBC on Tuesday as “the dirty blocking and tackling” of the nomination process.

As Republicans in state after state pick their delegates, the rival campaigns will do all they can to ensure that those delegates, bound or unbound, are as friendly as possible to their candidate. In this competition, Cruz has a strong head start, having spent months developing organizations in the states and with an attention to detail that has been far superior to that of Trump’s campaign. Cruz’s campaign has shown its prowess in Louisiana, North Dakota and Tennessee and is confident that it can prevail in other states.

Trump has taken steps to improve his operation, hiring strategists with experience. But they are starting from behind. “This is all a process that takes time and planning and knowledge of not only the rules but also the delegates,” Schriefer said. “There are not a lot of people who are actually good at it.”

Trump retains important advantages because of his performance this year. He can arrive in Cleveland short of a majority with a potentially persuasive argument that he deserves the nomination. A new McClatchy-Marist poll found that 52 percent of Republicans and Republican-leaning independents said that if Trump has more delegates, even if not a majority, he should become the nominee.

“For Cruz and Kasich, if you go in well below a majority of delegates and having only won a handful of states, it becomes harder to say, ‘Yes, we should overturn what the voters have done,’ ” said Republican strategist Mike DuHaime.

That is the second step of the process. The first is trying to stop Trump. The anti-Trump forces – and, in particular, Cruz – took an important step in that direction in Wisconsin. The results will change the conversation, but only that. Keeping Trump away from 1,237 is the ultimate game-changer.