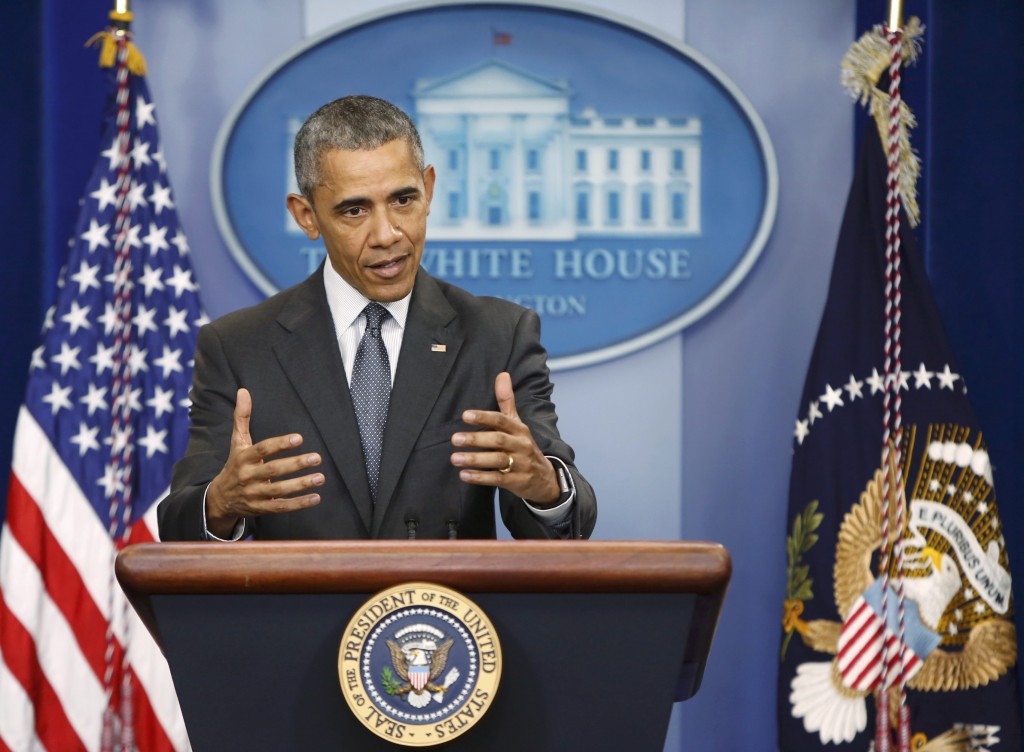 President Barack Obama on Tuesday championed federal steps to deter a corporate financial practice known as “tax inversions” and called on Congress to close the loophole “for good.”

Obama called it “one of the most insidious tax loopholes out there” because it shortchanges the country. He said less tax revenue means the government can’t fully spend on schools, transportation networks and other things to keep the economy strong. He said the practice also hurts middle-class Americans because “that lost revenue has to be made up somewhere.”

He commented one day after the Treasury Department announced a series of steps to make inversions less financially appealing.

Inversions happen when U.S. companies relocate their business interests on paper to take advantage of lower tax rates. Their use has sparked a political outcry.

“When companies exploit loopholes like this it makes it harder to invest in the things that are going to keep America’s economy going strong for future generations,” Obama said at the White House. “It sticks the rest of us with the tab and it makes hard-working Americans feel like the deck is stacked against them.”

He said steps the Treasury Department announced late Monday build on what the administration has already done to make the tax system fairer. The new regulations, the third round from Treasury on the issue of inversions, seek to limit internal corporate borrowing that shifts profits out of the United States.

Obama said the regulations will make it more difficult and less lucrative for companies to exploit the tax code in this manner. But the regulations also would not make the practice illegal, something Obama has advocated for some time. Only Congress can outlaw the practice. Obama called on its Republican leaders to “end this kind of irresponsible behavior” by enacting comprehensive tax reform.

“Only Congress can close it for good,” he said, referring to the inversions loophole.

Last November, drug companies Pfizer and Allergan announced a $160 billion deal that could save New York-based Pfizer hundreds of millions of dollars in U.S. taxes annually by moving its headquarters for tax purposes to Ireland, where Allergan is based. The companies said in a joint statement late Monday that they are reviewing the new Treasury rules and would not speculate on their potential impact.

Obama said a massive leak of 11.5 million documents from a Panama-based law firm that shed light on a world in which wealthy individuals can shelter their wealth from tax authorities are another reminder that “tax avoidance is a big global problem.”

He said the so-called Panama Papers demonstrate that leaders should do more to tighten tax laws and crack down on individuals and companies that use tax shelters. He said the U.S. and other countries should “lead by example” in closing loopholes and provisions.

“A lot of its legal, but that’s exactly the problem,” he said.