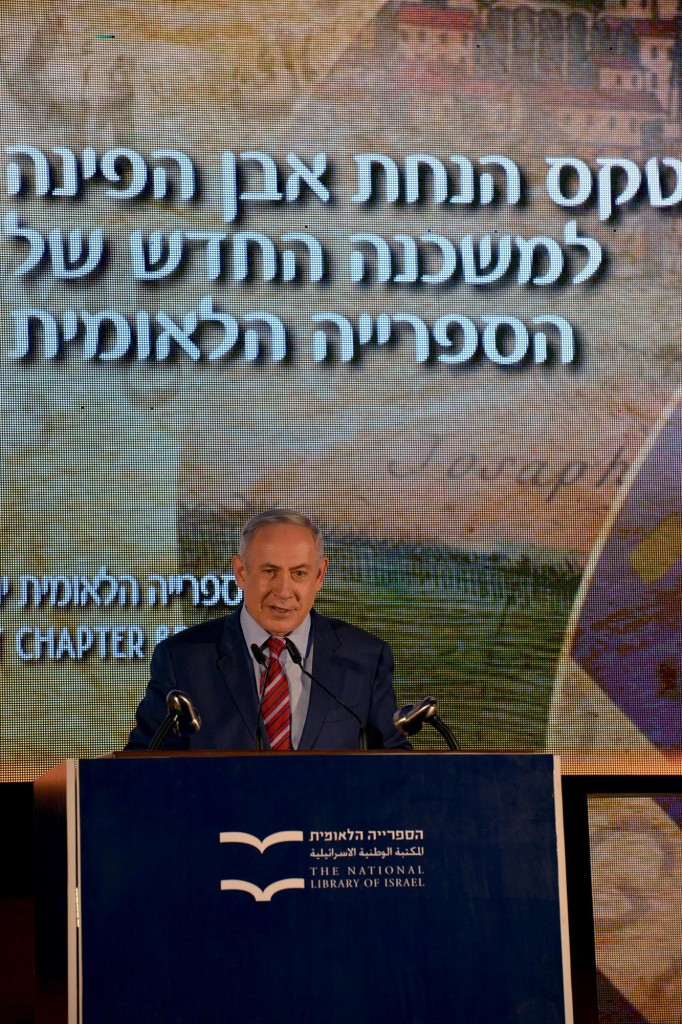 Prime Minister Binyamin Netanyahu backed up on Tuesday Justice Minister Ayelet Shaked’s controversial criticism of the High Court for its intervention in the natural gas agreement.

“There is no institution tht is above criticism.” Netanyahu said at a cornerstone-laying ceremony for the new Israel National Library in Yerushalayim.

“I respect the court and the justices, and I respect their decisions. Yet at the same time, in a democracy it’s the right of every citizen — including myself — to criticize these decisions. Democracy is harmed in places where you can’t sound criticism. Our neighbors don’t have (this kind of) criticism.”

Netanyahu characterized the court’s verdict as “strange,” describing it as “severely damaging to the Israeli economy.” Despite this, Netanyahu said that “discourse [on the matter] needs to be objective and not belligerent.”

Netanyahu announced that he intends to hand over the archives of his father, Professor Benzion Netanyahu, who specialized in the Golden Age of Spanish Jewry, to the library.

President Reuven Rivlin also said that he would give the library the writings of his father, Professor Yosef Rivlin, a historian and expert on the east, as well as the liturgical poems of Rabbi Israel Nagara.

The new library — which replaces the current building, built in the 1970s inside Hebrew University’s Givat Ram campus — is designed as an environmentally sustainable structure, built over a total of 484,375 square feet, with six aboveground floors and four below ground.

It is scheduled to open its doors to the public in 2020, and will be adjacent to the Knesset and the Israel Museum.

Funding for the $200 million project comes from the government of Israel, the Rothschild family through Yad Hanadiv, and the David S. and Ruth L. Gottesman family of New York.