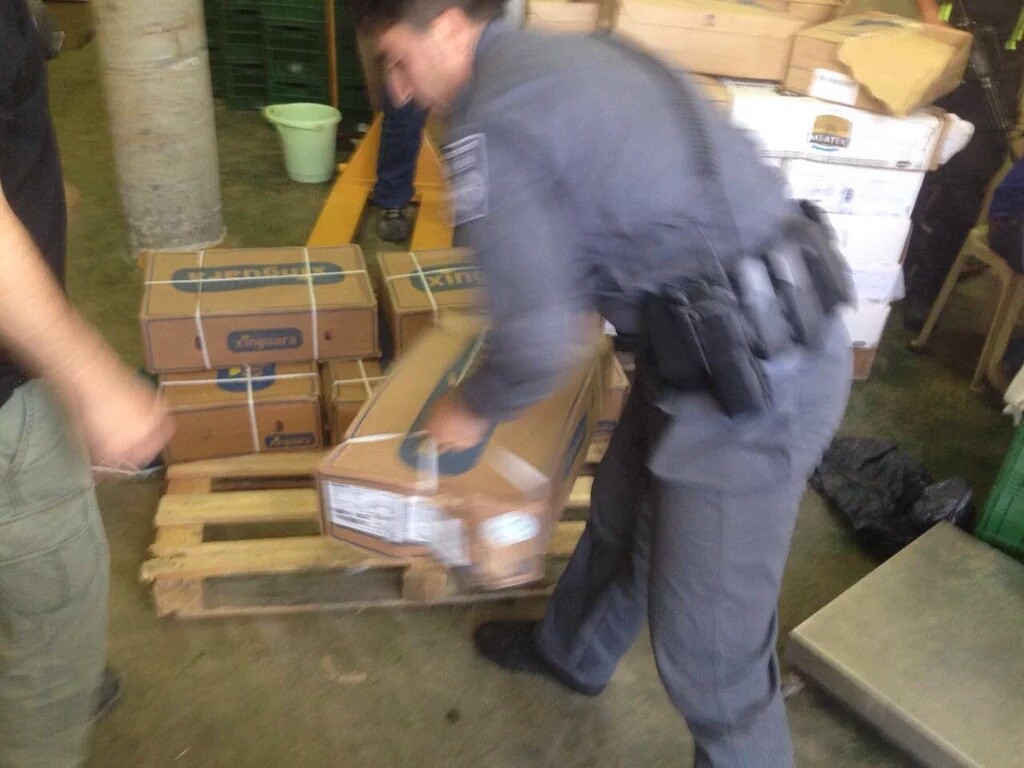 Yet another huge shipment of treif and illegal meat from Palestinian Authority-controlled areas was discovered Tuesday morning by Agricultural Ministry inspectors. Some 12 tons of meat, much of it from camels and donkeys, was discovered in Kafr Kana in northern Israel. The meat was sourced in Ramallah, inspectors said.

The meat was discovered in a processing plant, and was set to be sent to restaurants and institutions, including schools and hospitals. The owners of the plant have been arrested.

The meat was generally sold to restaurants, among them the top restaurants in the country. It is not clear if the meat itself was strictly beef, or included other types of meat that are generally prepared in the PA, including donkey, horse and camel.

According to the investigators, the smugglers brought the meat into Israel by using false panels in trucks to hide their contraband. Trucks are generally inspected at checkpoints, but security officials never thought to check for false panels. The meat was generally imported by a PA importer from South America and brought in to Haifa port, directed for delivery to the PA.

The meat was delivered to the A-Ram checkpoint near Yerushalayim, and there it was offloaded onto the Israel-bound trucks with the false panels.

Meat and other biological products from the PA are generally banned for import to Israel.

Just last week, agents of the Agricultural Ministry confiscated 6,700 kilos of illegal meat. Later in the week, Ministry agents seized a second truck filled with illegally-slaughtered illegal meat. The second truck contained 1,300 kilos of meat. In both instances, the vehicles and their haul were confiscated, and the trucks’ drivers were arrested. Both drivers are residents of Arab neighborhoods of Yerushalayim in their 40s.

That smuggling attempts took place at the Hizme checkpoint, north of Yerushalayim. The meat was bound for a warehouse in Pisgat Ze’ev, where it was likely to be distributed to butcher shops and supermarkets, with phony health and kashrus authorizations. In addition, the Ministry said, the slaughter and preparation of the meat was done in an unsupervised and unsafe manner.

Since the beginning of the year, the Ministry said, it had seized some 14,000 kilos of such meat, and over the past three years, it had seized nearly 1,000 tons, that were nabbed in 363 separate smuggling attempts.