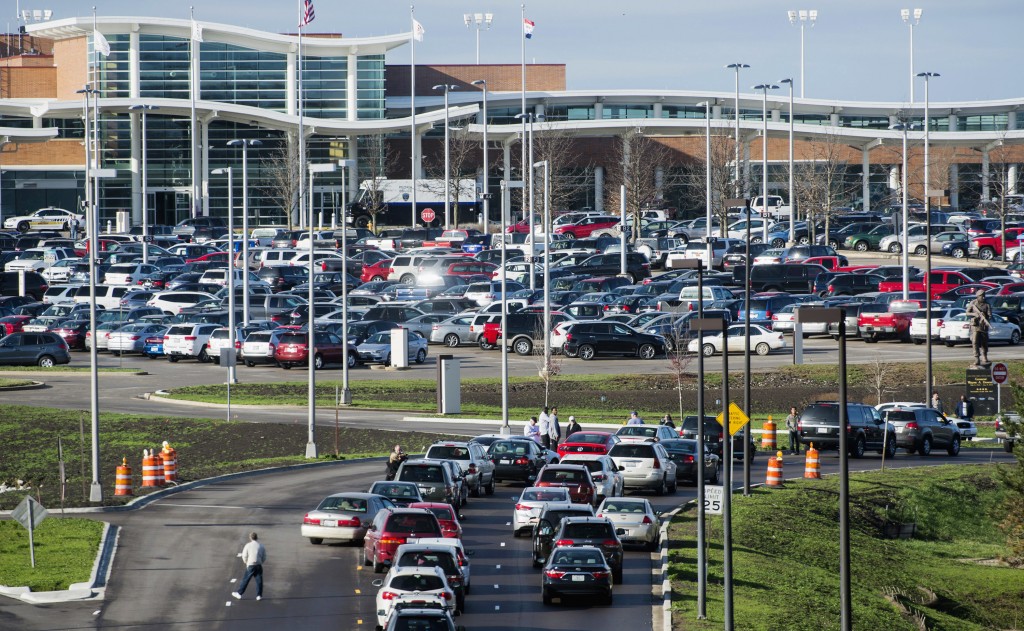 Senate Democrats continued their push to boost airport security after the terrorist attacks in Brussels, touting three amendments Tuesday that could tighten things up outside screening checkpoints.

Homeland Security Jeh Johnson joined senators in advocating for the measures that increase dog teams, active shooter preparedness and perimeter security as amendments to the Federal Aviation Administration reauthorization that the Senate will begin debating soon.

“We know of no specific credible intel of a plot like the Brussels attack here in the homeland. However, we remain vigilant,” Johnson said at a news conference. “The amendments would specifically authorize an increase in our (Transportation Security Administration) VIPR teams from 31 to 60.”

He also praised proposals to authorize grant money for airport security outside the existing perimeters and support training exercises to address active shooters.

“What happened in Europe must serve as a wake-up call to the United States. We need to tighten security in vulnerable areas at our biggest airports, so that the tragedy that struck Brussels doesn’t land on our doorstep,” said Sen. Charles E. Schumer, D-N.Y.

“All of us here are optimistic and hopeful that our Republican colleagues will join us and do just that. We don’t want this to be any kind of Democratic one proposal, Republican other proposal, dueling.”

Actual debate on the FAA measure might not begin until next week, and no decisions have been made on which amendments to consider. But there appeared to be space for the two parties to find common ground.

Commerce Chairman John Thune, whose panel has led development of the FAA legislation, said it was important for colleagues to continue to speak about threats posed by ISIS and concerns with the administration’s approach, while highlighting a series of bipartisan aviation security measures that may be included in the bill on the Senate floor.

“Historically, this body has passed aviation security enhancements separate from a reauthorization of the Federal Aviation Administration,” said Thune, R-S.D. “While I still prefer this separate approach and believe the Senate should pass our consensus security legislation without delay, I will pursue every option to enact these improvements and will vigorously oppose any effort to water down the security enhancements that passed the Commerce Committee.”