Business We Drove Cars That Can Drive Themselves – and Cost Only $20,000
Business 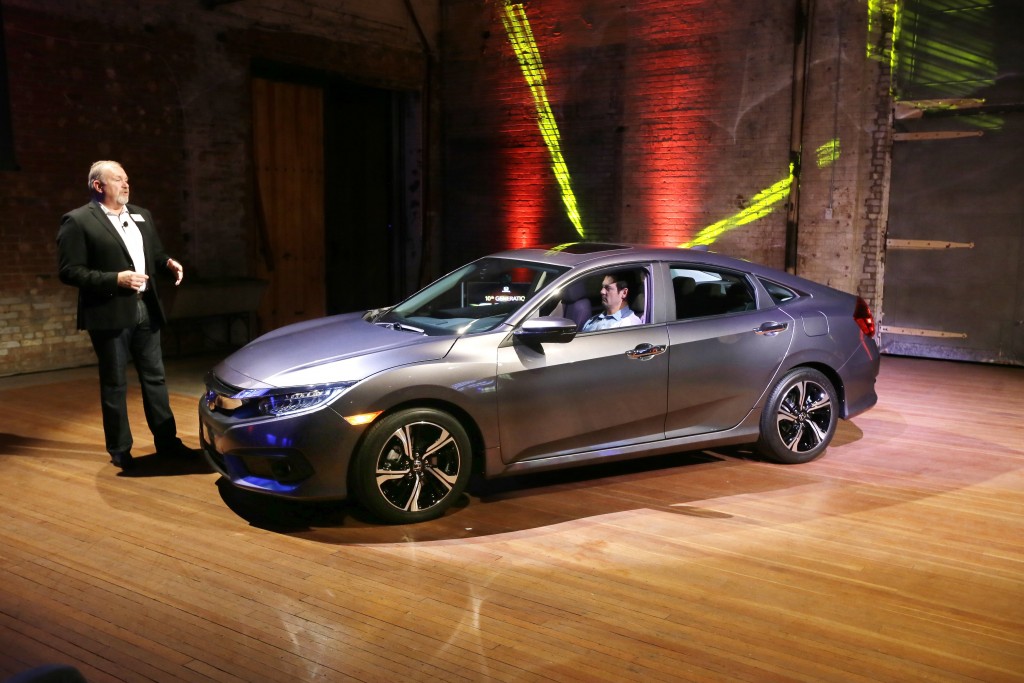 Good news: You can buy a car today that will stop itself from crashing, keep itself in lane and even speed up and slow down to match the traffic ahead.

Even better news: You don’t have to go broke paying for it. Cars with this type of sort-of-self-driving technology now start at about $20,000.

It’s one of the auto world’s most important and least discussed breakthroughs: Cheap starter cars are now being sold with some of the most sophisticated “driver assist” technology on the road.

So how do they perform against today’s “Autopilot”-enabled luxury cars, like the $130,000 Tesla Model S or $66,000 Volvo XC90? You’d be surprised. We test-drove two of the cheapest models with semi-driverless technology — the 2016 Honda Civic and 2016 Chevy Malibu — and we’re convinced: No matter what your budget looks like, your next car might just drive itself.

Seeing pricey cars hit the road with semi-driverless technology was cool — but seeing the same systems get installed in cars you can afford for yourself (or your kids) could be a game-changer. The cheaper these cars are, the more we’ll see them on the road, and the more potential accidents we can all prevent. This isn’t about price tags; it’s about saving people’s lives.

But first, a reality check. These cars still can’t whisk you to work while you’re sleeping, and they’re missing some upgrades — like automatic parking — at the cutting edge of automakers’ driverless research.

What they do offer, though, might surprise you: Cameras and computers that alert you (and hit the brakes) when they suspect a potential crash; systems that smoothly steer the car along turns and curves at highway speeds; and even “adaptive cruise control,” which changes its speed, second by second, to mimic the flow of traffic. That last feature allowed me to drive 15 straight miles on a busy, winding highway with my feet off the pedals and my hands in the lap — all in a Civic, one of the most popular cars in America, and starting at about $20,440.

Fully self-driving cars could put an end to 80 percent of those traffic deaths, projections show. In the meantime: If more parents could afford to buy safer cars for their teen drivers — the age group with the most deadly crashes caused by distraction – who knows how many lives could be saved?

Both have adaptive cruise control, which is the closest to self-driving you can get. It’s cruise control with a brain: You set a speed and the car will do its best to stick to it, slowing down and speeding up with help from cameras and sensors watching the cars ahead. If the other cars slow down, so do you; if they get out of the way, you rev back to speed. With it, I conquered long stretches of highway without ever tapping the gas — or the brakes.

But here’s where it gets finicky. When a car ahead of you moves out of the way, how fast is too fast for your own car to speed up? The Civic seemed to accelerate a little too slowly for my tastes — but any faster, perhaps, and another driver might feel unnerved. There’s no one-size-fits-all.

Speaking of nerves, taking my feet off the pedals and easing my grip on the wheel while zooming down the highway was about as unsettling as you might think. And when the ghost in the machine speeds up or steers on its own, it can start to feel a bit … spooky. These cars demand a lot of trust. I found it comforting, after a bit, knowing the car had my back. You (or your passengers) may not feel the same way.

On the other hand, these cars will punish us for trusting them too much. Think of it as if these cars have learners’ permits: They can do most of the basics, but still need help with the day-to-day. Relying on them too much can be just as dangerous as not having them at all. The Civic’s dashboard will demand you grab the wheel if it senses your hands aren’t ready to steer.

This odd dance of trust and machines is never more unnerving than with their “lane-keeping assist systems,” a suite of cameras aimed at the roads’ lane dividers that keep the cars centered and steer into curves. It’s beautiful when it works – and ugly when it doesn’t, because you don’t know the car has lost the scent until it starts to swerve outside the lane. The systems are only as good as the streets they drive on, so roads with faint line dividers, lots of potholes or baffling merges can confuse the car into uselessness.

This all goes back to the core challenge of making a car that drives itself. How safe do you feel behind the wheel of a car that drives flawlessly 99 percent of the time? The exceptions are the major challenge for self-driving cars, and those are impossible to avoid.

The technology is powerful and unprecedented stuff, but it’ll demand we learn a whole different way of driving. That means a lot of new phrases and weird-looking buttons. The car shooting blocks out its tail? That’s for setting the distance you want to stop before the next car, from long and breezy to white-knuckle close. The icon of the car with the really bad parking job? That’s for turning on the system that alerts you when the car is drifting out of its lane.

And the noises. And the lights. For all their help, the cars’ sensors, cameras and computers can often feel like backseat drivers, constantly distracting you with warnings of things you’ve already seen. Parallel-parking the Malibu reminded me of a day care center: Shrill alerts from all angles, randomly and unceasingly, making noise over mostly nothing.

Of course, there’s lot of great reminders you’d otherwise miss with a dumb car. The Civic’s side cameras turn on when you put on your blinker, letting you see out either side: Wonderful stuff. And when the car hits the brakes before you even see the traffic up ahead grind to a halt? You start to forgive all the shrieks.

The roll-out of semi-driverless wonders into entry-level cars tells us a lot about how our driverless future might look. We won’t necessarily jump straight from an old-fashioned automobile into a robo-car that doesn’t want your help; instead, the self-driving systems will likely be broken down into their components (staying in lane, braking at lights) and installed piece by piece as the cars evolve.

The technology’s main draw is added safety, but the way it’s being implemented may lead to some key debates over privacy, too. The Malibu’s “teen driver” mode adds in a few parental comforts — for instance, muting the radio when seat belts aren’t fastened — but it also gives parents a Big Brother view of how their kids are driving.

Using a smartphone app or special in-car login, the parent can track how far the teen drove, the maximum speed the car reached, and how many times the car roared over the speed limit or triggered the automatic brakes. My teen “report card,” after 50 miles, said the car hit the anti-lock brakes once and sounded the “forward collision alert” twice. As if parents don’t have enough to stress about already!

All these semi-driverless goodies are coming faster than you may think. Tesla’s Model 3, which starts at $35,000, will come with the “Autopilot” system long locked into its much-pricier models when it’s set to debut late next year. The 2017 Ford Fusion can stop itself before crashes, automatically stay in lane, detect pedestrians and adapt its speed to traffic (Ford calls it “stop-and-go” technology); it heads to dealers this spring for about $32,000.

It’ll take a while before these cars are truly mainstream: The average American car on the road is about 12 years old. But pretty soon, the technology won’t even be optional. America’s top automakers have already agreed to make automatic braking standard in most cars by 2022.

As semi-driverless cars like these get better and cheaper — they’re already priced less than the average car, which sold last year for about $31,000 — the systems will feel less like an upgrade and more like an obvious choice, as unavoidable as seat belts or anti-lock brakes.

The carmakers recommend systems like “adaptive cruise control” only get used at highway speeds, reducing how helpful they are amid the chaos of city driving. It’s easy to forget how complicated driving is — even “more complex” than flying, says Missy Cummings, who is leading a study on self-driving cars.

But getting the chance to let the car drive itself during a long commute? It feels wonderful, like handing over a hunk of drudgework for the computer to control. These cars may not be first-class rides, but that peace of mind is a luxury all its own.