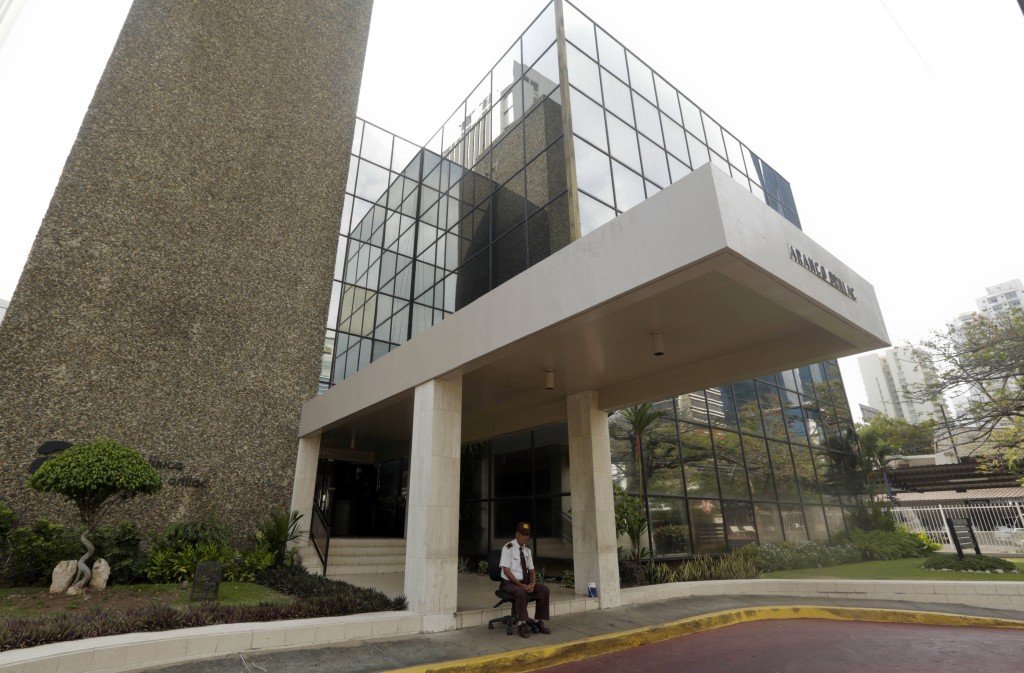 Governments across the world began investigating possible financial wrongdoings by the rich and powerful on Monday following a leak of documents from a Panamanian law firm which allegedly showed how clients avoided tax or laundered money.

The documents detailed schemes involving an array of figures from friends of Russian President Vladimir Putin to relatives of the prime ministers of Britain, Iceland and Pakistan, as well as the president of Ukraine, journalists who received them said.

While the “Panama Papers” detail complex financial arrangements benefiting the world’s elite, they do not necessarily mean the schemes were all illegal.

The Kremlin said the documents contained “nothing concrete and nothing new,” while a spokesman for British Prime Minister David Cameron said his late father’s reported links to an offshore company were a “private matter.”

Iceland’s Prime Minister Sigmundur Gunnlaugsson could not immediately be reached for comment on the naming of his wife in connection with a secretive company in an offshore haven which brought opposition calls for him to resign.

Pakistan denied any wrongdoing by the family of Prime Minister Nawaz Sharif after his daughter and son were linked to offshore companies. Ukrainian President Petro Poroshenko has not commented on his reported offshore links.

Opponents said Poroshenko should be impeached for allegedly transferring his confectionery business to an offshore company in 2014, amid fierce fighting between Ukraine and pro-Russian separatists. A senior official from the General Prosecutor’s office said there was no evidence he had committed a crime.

Australia, New Zealand, India, France and Austria were among countries which said they had begun investigating the allegations, based on more than 11.5 million documents from law firm Mossack Fonseca, located in the tax haven of Panama. Banks as well as individual clients came under the spotlight.

The documents were leaked to the International Consortium of Investigative Journalists (ICIJ) and more than 100 other news organizations. Mossack Fonseca has denied any wrongdoing.

“I think the leak will prove to be probably the biggest blow the offshore world has ever taken because of the extent of the documents,” ICIJ director Gerard Ryle said.

The material covers a period over almost 40 years, from 1977 until last December, and allegedly shows that some companies domiciled in tax havens were being used for suspected money laundering, arms and drug deals, and tax evasion.

Britain’s Guardian newspaper said the documents showed a network of secret offshore deals and loans worth $2 billion led to close friends of Putin, including concert cellist Sergie Rolddugin. Reuters could not confirm those details.

Putin’s spokesman dismissed the reports, saying they aimed to discredit him ahead of upcoming elections.

The British government asked for a copy of the leaked data, which could be embarrassing for Prime Minister Cameron, who has spoken out against tax evasion and tax avoidance.

His late father, Ian Cameron, is mentioned in the files, alongside some members of his Conservative Party in the upper house of parliament, former Conservative lawmakers and party donors, British media said.

Jennie Granger, director general of enforcement and compliance at HM Revenue and Customs, said the government had a great deal of information from a wide range of sources.

“We will closely examine this data and will act on it swiftly and appropriately,” she said.

Cameron’s spokeswoman declined to comment on whether the leader’s family had money invested in offshore funds set up by his father, saying it was a “private matter.”

The head of Mossack Fonseca, Ramon Fonseca, has denied any wrongdoing but said his firm had suffered a successful but “limited” hack on its database. He described the hack and leak as “an international campaign against privacy.”

Fonseca, who was up until March a senior government official in Panama, told Reuters that the firm, which specializes in setting up offshore companies, has formed more than 240,000 such companies, the “vast majority” used for “legitimate purposes.”

The papers also showed the use of offshore companies by Pakistani Prime Minister Nawaz Sharif’s family, including his daughter Mariam and son Hussain. Pakistani Information Minister Pervez Rasheed denied any wrongdoing on their part.

“Every man has the right to do what he wants with his assets, to throw them in the sea, to sell them, or to establish a trust for them. There is no crime in this in Pakistani law or in international law,” Rasheed said.

Austria’s financial markets regulator FMA is investigating whether lenders Raiffeisen Bank International and Hypo Landesbank Vorarlberg followed rules against money laundering after they were named in the “Panama Papers.”

Raiffeisen said it had complied but could not comment on specific cases. Hypo Landesbank Vorarlberg had no immediate comment.

The Norwegian government said Norwegian bank DNB must explain its policy of helping clients set up offshore companies in the Seychelles.

DNB said it regretted assisting about 40 customers in setting up the firms between 2006 and 2010, and that the practice had ended.

Dutch authorities said they would investigate allegations related to the Netherlands.

Nordea was fined the maximum 50 million crowns ($6.14 million) in May 2015 for deficiencies in its approach to tackling money laundering. Nordea denounced tax evasion and said it did not help set up offshore companies except in exceptional circumstances. It said it had taken measures in 2009 to ensure clients’ holdings and incomes were reported to tax authorities.

“It is the height of cynicism to open offshore companies at a time when hundreds of our soldiers are dying,” leader of the populist Radical Party, Oleh Lyashko, said on social media, adding any investigation could lead to Poroshenko’s impeachment.

Panama, part of the Central American isthmus, is among the world’s most secretive offshore financial centers, a group that includes territories such as the Cayman Islands, Bermuda and the British Virgin Islands.

It has declined to sign up to global transparency rules which international organizations have been pushing in a bid to fight tax evasion, money laundering and other criminality.