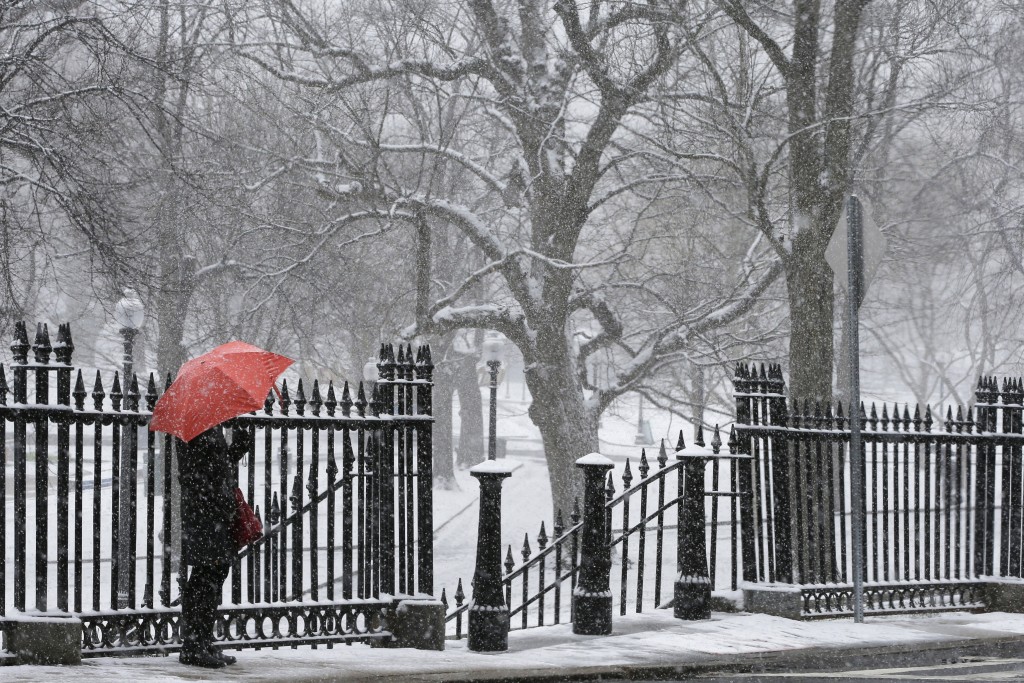 An early spring cold front is bringing snow and gusty winds to the Northeast after the region had one of its mildest winters on record.

The National Weather Service says several inches of snow could fall Monday from Buffalo, New York, to Boston. The weather service has issued winter weather advisories effective until Monday afternoon. Snow is falling across upstate New York, where forecasters say up to 10 inches of snow is possible in some western areas of the state.

The wintry blast follows another storm that dropped up to 6 inches of snow Sunday on parts of Massachusetts, Connecticut and Rhode Island.

Wind gusts of up to 30 mph have been reported in western New York.

New York state police say a tour bus, three tractor-trailers and eight passenger vehicles were involved in a pileup in the town of Maryland, 55 miles west of Albany. Only minor injuries were reported.

The Wall Street Journal reports that the city’s Department of Parks and Recreation on Sunday received reports of as many as 324 downed trees.

About 108 trees came down in Brooklyn, 100 in Queens, 72 on Staten Island and 40 in the Bronx. Manhattan had a handful of fallen trees.

The National Weather Service says 64 mph winds were recorded at JFK airport and 45 mph in Central Park on Sunday.

The Metropolitan Transportation Authority says service was temporarily suspended after a tree crashed on the elevated tracks of the northbound No. 4 early Sunday near the Woodlawn station in the Bronx. A tree also fell on the southbound track of the Q train in Sheepshead Bay, Brooklyn.