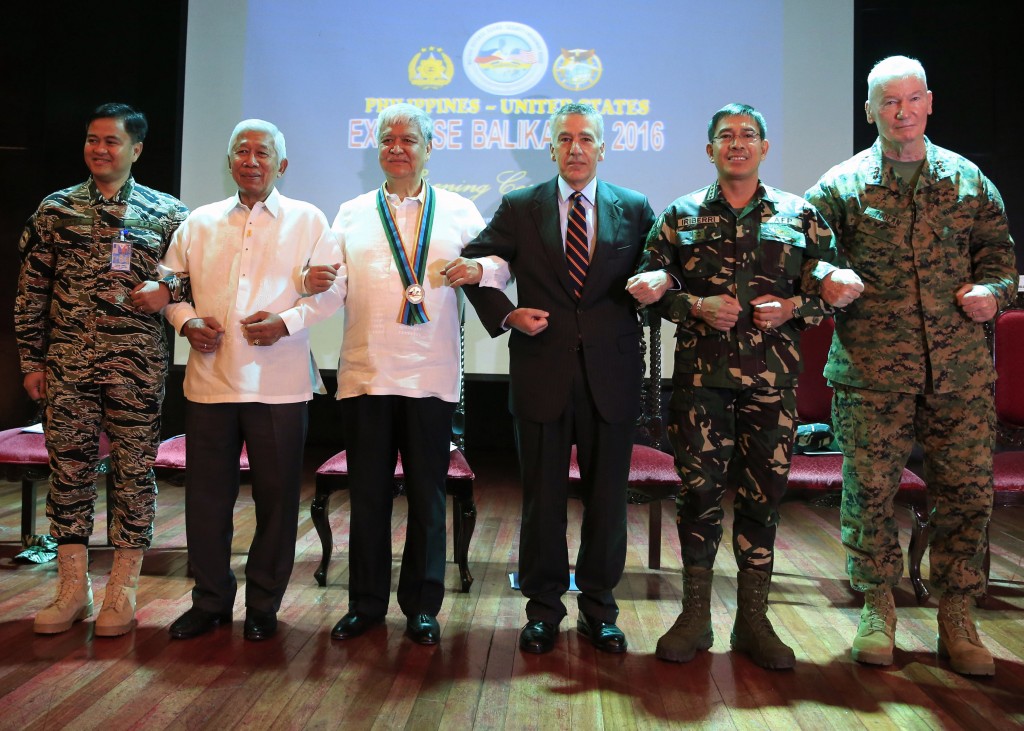 About 8,000 U.S. and Philippines troops began annual military exercises on Monday against a backdrop of tension over China’s greater assertiveness in the South China Sea though a Philippines commander played that down as the reason for the drills.

Over the next two weeks, the allies will test their command-and-control, communications, logistics and mobility procedures to address humanitarian and maritime security, Philippines defense officials said.

Their troops will also simulate retaking an oil-and-gas platform and practice an amphibious landing on a Philippine beach.

“The Balikatan exercise is designed not to address a particular concern but the whole lump in the spectrum of warfare,” Vice Admiral Alexander Lopez, the Philippines military’s exercise director, told a news conference.

“China is not part of the idea.”

Ash Carter, will be the first U.S. defense secretary to observe the exercises when he arrives next week, underscoring the significance of the war games for both countries.

China’s more assertive pursuit of its claims in the South China Sea over the past year or so has included land reclamation and the construction of air and port facilities on some isles and reefs.

The United States has conducted what it calls “freedom of navigation” patrols in the area, sailing near disputed islands controlled by China to underscore its right to navigate the seas.

The patrols have drawn sharp rebukes from China but despite that, U.S. officials have made clear the United States would continue to challenge what it considers China’s unfounded maritime claims.

China claims almost the entire South China Sea, believed to have huge deposits of oil and gas. Brunei, Malaysia, Philippines, Taiwan and Vietnam also have claims to parts of the waters, through which about $5 trillion in trade is shipped every year.

Philippines has sought international arbitration on the dispute and a decision is expected late this month or in early May. China has declined to take part in the case.

Lt. Gen. John Toolan, commander of U.S. Marine forces in the Pacific, told the news conference it was prudent to plan for any situation that could occur and to practice how the two allies would likely respond.

Asked if that included a security crisis in the South China Sea, Toolan said: “It does, absolutely.”

A small contingent of Australian troops will join the exercises while Vietnam and Japan have sent officers to observe.