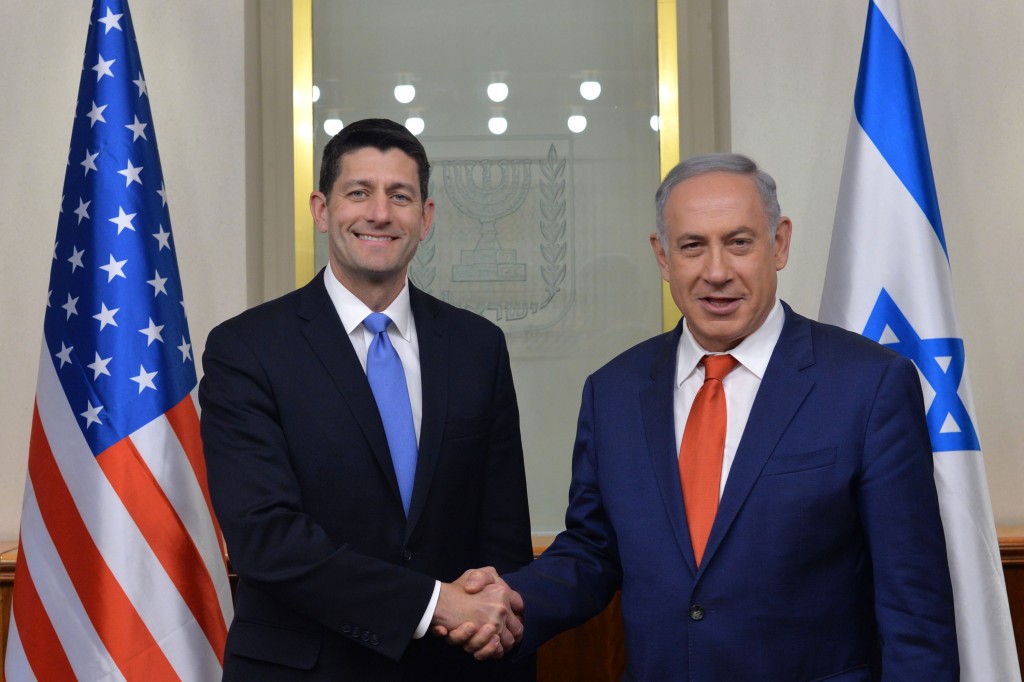 Speaker of the House Paul Ryan, on a two-day visit to Israel, said that he believes the recent turbulence in the bilateral relationship is a passing “moment” and that matters will soon improve.

“I would not as an Israeli be worried about the future of our relationship. I think it’s going to strengthen,” he told The Times of Israel in an interview on Monday.

“The alliance with Congress is extremely warm and firm,” he elaborated, and ordinary Americans understand “that our ties with Israel are deep and strong, and that they’re mutual… We need Israel for our own national security. We need Israel to keep ourselves safe as well.”

He indicated that tensions in the U.S.-Israel relationship were essentially between President Barack Obama and Prime Minister Binyamin Netanyahu, not between the U.S. and Israel.

Ryan takes the view that the prime minister’s controversial lobbying against the Iran nuclear deal has not alienated parts of the American political spectrum in the long-term or turned Israel into more of a partisan issue in the United States.

The Wisconsin Republican also agreed with Netanyahu that the U.S. and Europe are just as much the target of Islamic terrorism as Israel.

“They’re coming at Israel but they’re ultimately coming for us,” he says. “So we are partners in this war on terror, radical Islamic terrorism. Israel is an indispensable ally in that. Israel is on the front line in so many ways with respect to it.”

As the Times noted, “Almost everything that Ryan says in our interview — on Iran, on the Israeli-Palestinian conflict, on fighting terror, and on U.S.-Israel ties — will be music to Netanyahu’s ears.”

He endorses the goal of a two-state solution but believes that Israel doesn’t have a Palestinian partner at present, so “I don’t know how much progress can be made.”

While Netanyahu would certainly welcome a Ryan presidency, it won’t happen. Ryan reiterated that he is not and will not be a candidate, including a compromise one at the nominating convention.