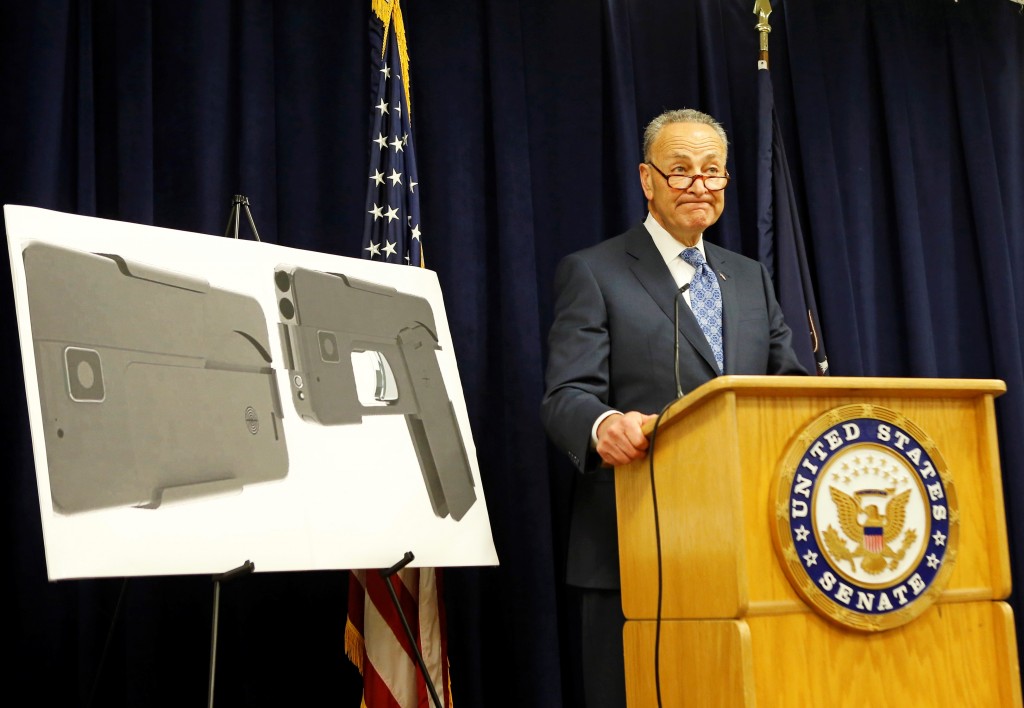 U.S. Sen. Charles Schumer on Monday called on the federal Department of Justice and the Bureau of Alcohol, Tobacco, Firearms and Explosives to investigate before a gun that looks like an iPhone comes to market.

The New York Democrat said the gun, being promoted online by a company calling itself Ideal Conceal, “is just a disaster waiting to happen.”

Ideal Conceal has images that show something that looks like a phone in its case. But it can open into a .380 caliber gun. The site lauds its “high velocity, increased accuracy,” and the weapon has a list price of $395.

“Smartphones are EVERYWHERE, so your new pistol will easily blend in with today’s environment,” the Ideal Conceal site says. Emails to Ideal Conceal were not answered.

Schumer said the gun could potentially be illegal, that a gun looking like an everyday item could violate federal law, which was why he was asking the Justice Department and the ATF to investigate.

He said it posed a threat to law enforcement if it was allowed to be sold, because they could find themselves in a situation where they wouldn’t know if a suspect was pulling out a phone or a gun.

Schumer spoke out last year against a cellphone case that made a phone look like a gun.

ATF had no comment, and the Department of Justice did not respond to an email seeking comment.