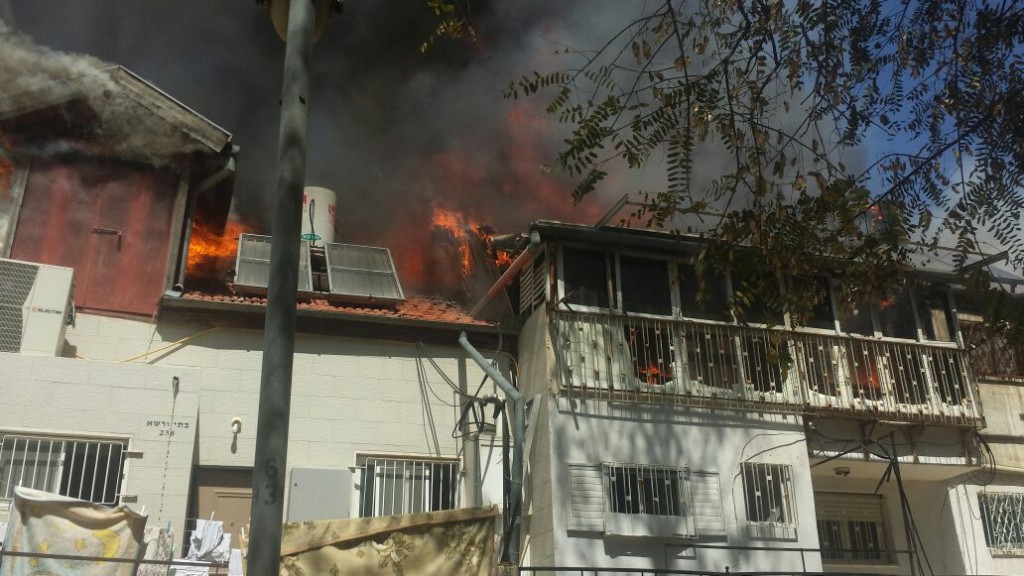 Close to twenty firefighting units worked on a burning building in the Battei Warsaw neighborhood in Meah Shearim, Yerushalayim, Monday afternoon. After over an hour and a half, they managed to contain the fire.

Seven apartments were badly burned; some with extensive damage. Some roofs of the apartments collapsed, and there are also other roofs in danger of collapse.

Magen David Adom evacuated two elderly people, a man of 74 and a woman of 67, who were suffering from smoke inhalation to Hadassah Ein Kerem hospital. They are listed in light-to-moderate condition.

B’chasdei Shamayim, the firemen were able to evacuate people from their apartments as the blaze spread quickly, on an unseasonably hot and dry day in Yerushalayim.

Police have opened an investigation into the cause of the fire.