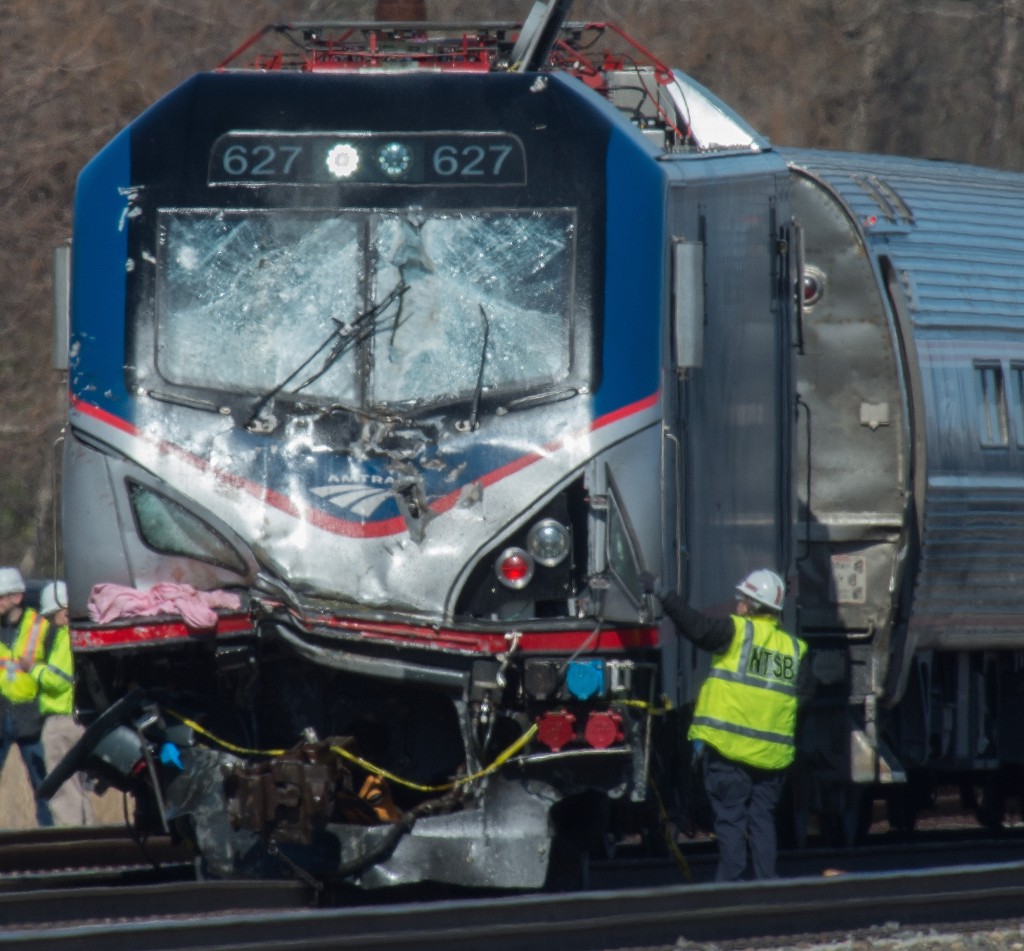 Amtrak said its trains will run as regularly scheduled Monday, as federal officials investigate the deadly derailment outside Philadelphia after a train struck heavy equipment on the tracks.

In travel alerts on its site, Amtrak advised that services would resume on the heavily traveled start of the workweek, although commuters may encounter delays on Acela Express, Northeast Regional and other services between Philadelphia and Wilmington, Delaware.

Amtrak referred all other questions about the Sunday crash of Train 89 to the National Transportation Safety Board, which is conducting the investigation.

The train was heading from New York to Savannah, Georgia, at about 8 a.m. Sunday when it hit a piece of equipment that was on the track in Chester, about 15 miles outside of Philadelphia, officials said. The impact derailed the lead engine of the train that was carrying more than 300 passengers and seven crew members.

Chester Fire Commissioner Travis Thomas said two people were killed. An NTSB official confirmed that one was the equipment operator. Sen. Chuck Schumer, of New York, said Amtrak board Chairman Anthony Coscia told him the other person killed was a supervisor and both were Amtrak employees.

The Delaware County medical examiner’s office said no information would be released until after autopsies Monday.

More than 30 passengers were sent to hospitals; their injuries were not considered life-threatening, officials said.

NTSB investigator Ryan Frigo said at a Sunday news conference the locomotive engineer was among those taken to hospitals. He said he did not know why the equipment was on a track the train was using. Scheduling, the track structure and the work being performed at the time of the accident would be part of the investigation, he said.

The event data recorder and forward-facing and inward-facing video from the locomotive were recovered, he said, and the recorder was sent to the NTSB laboratory in Washington. Frigo said it will help determine how fast the train was going at the time of the crash.

Schumer said it’s unclear whether the equipment was being used for regular maintenance, which usually is scheduled on Sunday mornings because fewer trains are on the tracks then, or whether it was clearing debris from high winds in the area overnight.

But he said Amtrak has “a 20-step protocol” for having equipment on the tracks, described by Amtrak as a backhoe, and no trains are supposed to go on a track when equipment is present.

“Clearly this seems very likely to be human error,” Schumer said, calling for Amtrak to review its processes. “There is virtually no excuse for a backhoe to be on an active track.”

An Amtrak spokeswoman said in an e-mail Sunday to The Associated Press that any information about the type of equipment on the track and why the train was using that track would have to come from the NTSB. She said any information about the two people killed, including what company they worked for, would have to come from the Delaware County medical examiner.