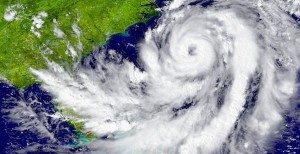 Storms are leaving snow, rain, thunder and wind across parts of the East Coast this weekend.

An Alberta Clipper system diving down from Canada will continue to deliver a round of snow and sharply colder conditions to the northeastern United States, reported AccuWeather.

Developing strong winds will prolong the hazards for motorists, by blowing and drifting the snow around.

A widespread 1 to 3 inches of snow will fall from Michigan to New England, with higher amounts focused on the New York and Pennsylvania border to a narrow zone in southern New England.

This will be the first measurable snow since early March for places like Buffalo and Syracuse, New York, and Erie, Pennsylvania. Accumulating snow will also return to Boston.

The snow will come down heavy enough for I-95 to become slushy in southern New England early Sunday morning. The worst conditions for travelers will likely unfold between Boston and Providence, Rhode Island.

Behind this system, people will be double-checking the calendar as it will feel more like February in places such as New York City, Syracuse and Buffalo, New York; Boston; Burlington, Vermont; and Portland, Maine.

Temperatures will fail to leave the 30s in many northeastern cities north of I-80 on Sunday. Arctic winds, cloud cover, low humidity and other factors will contribute to colder-feeling temperatures.

The cold, gusty winds in the wake of this clipper system will induce lake-effect snow showers downwind of lakes Erie and Ontario during the day Sunday.

As a second system dives into the Northeast, more snow and cold will arrive Sunday night into Monday.

Parts of Rhode Island and Massachusetts could see high winds and 1 to 4 inches of snow with the potential for thundersnow. That could mean heavy snowfall with whiteout conditions. Forecasters are also warning of high winds in parts of Connecticut and in Vermont.

Southern New Hampshire could see 2 to 4 inches of snow and wind gusts of up to 50 mph. York County in Maine could get 2 inches of snow, with less farther north.

Forecasters say the winds could cause tree damage and scattered power outages.

The cold will stick around through Tuesday, when the seesawing temperatures will tip back up to normal.

After an unseasonably warm March, the wintry spell might seem unusual, but drastic temperature swings are common in early April.