World Report: Putin’s Associates Had $2B in Offshore Accounts
World 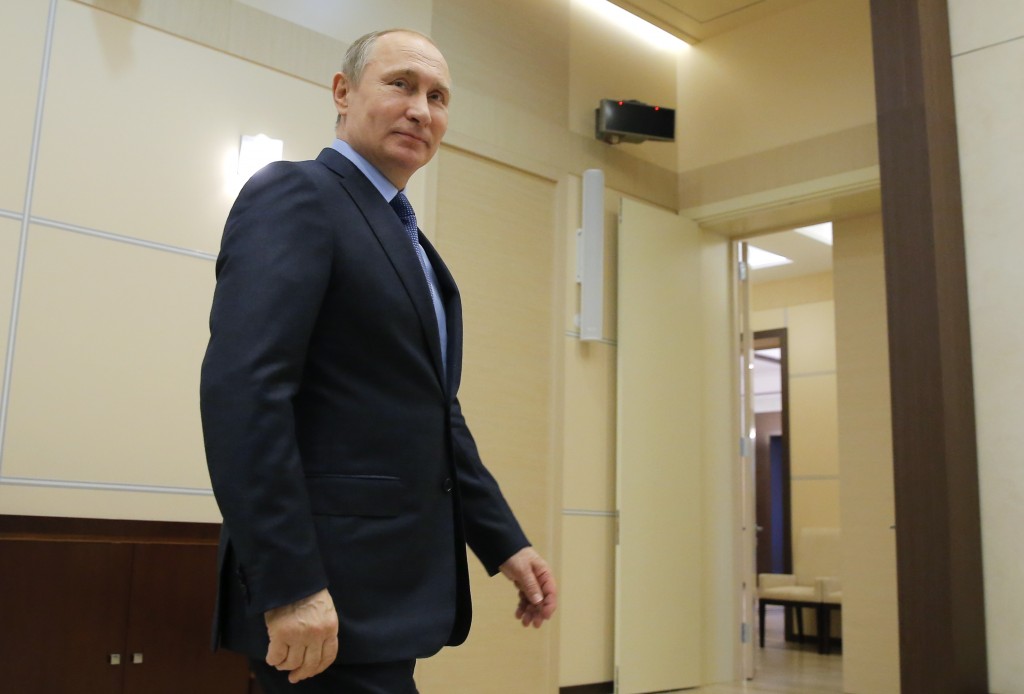 An international collection of journalists published a report Sunday on the financial activities of a dozen current and former world leaders that said associates of Russian President Vladimir Putin have moved as much as $2 billion through offshore accounts.

The report is based on a data leak of 11.5 million records for 214,488 entities connected to people in more than 200 countries or territories. The leak includes emails, financial spreadsheets, passport information and corporate records. It spans nearly 40 years, from 1977 through the end of 2015.

The records came from a Panamanian law firm, Mossack Fonseca & Co. The firm specializes in setting up companies that allow businesses and individuals to move money offshore, and has offices in 35 cities around the world, including in Hong Kong, Miami and Zurich.

The International Consortium of Investigative Journalists produced the report along with the German newspaper Süddeutsche Zeitung and more than 100 other news organizations.

“In the largest media collaboration ever undertaken, journalists working in more than 25 languages dug into Mossack Fonseca’s inner workings and traced the secret dealings of the law firm’s customers around the world,” the report said. “They shared information and hunted down leads generated by the leaked files using corporate filings, property records, financial disclosures, court documents and interviews with money laundering experts and law-enforcement officials.”

The consortium said it will release the full list of companies and individuals identified in the data in early May.

Many people use the offshore world for legitimate purposes, to set up legal tax shelters or clear the way for international business deals. U.S. citizens are allowed to move money offshore, but they must report the account information to the Internal Revenue Service. Disclosure laws vary around the world.

The consortium’s report stressed that “most of the services of the offshore industry are legal if used by the law-abiding. But the documents show that banks, law firms and other offshore players have often failed to follow legal requirements that they make sure their clients are not involved in criminal enterprises, tax dodging or political corruption.”

Mossack Fonseca did not respond to requests seeking comment from The Washington Post. In a statement to the consortium, Mossack Fonseca said it “does not foster or promote illegal acts.” The firm said “allegations that we provide shareholders with structures supposedly designed to hide the identity of the real owners are completely unsupported and false.”

Mossack Fonseca also said it follows “both the letter and spirit of the law. Because we do, we have not once in nearly 40 years of operation been charged with criminal wrongdoing.”

The report said an analysis of the leaked documents found that more than 500 banks and their affiliates have worked with Mossack Fonseca since the 1970s to help clients manage offshore companies.

The consortium has been examining offshore accounts based on separate leaks of data for four years, publishing with media partners that have included The Washington Post, The New York Times and CBS.

The group said the Mossack Fonseca data “dramatically expand on previous leaks of offshore records.” For the latest disclosures, reporters at Süddeutsche Zeitung in February 2015 “obtained millions of records from a confidential source,” sharing them with the consortium and its media partners.

The report said the documents uncovered a money trail that “came uncomfortably close to Putin.”

The report said the first British Virgin Islands firm was established by a bank in St. Petersburg whose majority owner and chairman is close to Putin. The Panamanian company involved in the transactions was controlled by one of Putin’s oldest friends, the report said.

“The $200 million loan was one of dozens of transactions totaling at least $2 billion found in the Mossack Fonseca files involving people or companies linked to Putin,” the report said.

The Kremlin did not answer questions posed by the consortium, but on March 28, it publicly accused the group of preparing a misleading “information attack” on Putin and people close to him.

Putin spokesman Dmitry Peskov said last week that the government would not respond to “honey-worded queries” from the consortium or its partners because the questions “have been asked hundreds of times and answered hundreds times,” the report said.

The consortium also said it uncovered documents that showed the prime minister of Iceland, Sigmundur David Gunnlaugsson, and his wife shared ownership in an offshore company in the British Virgin Islands four years before he took office. The report said that the company held bonds worth millions of dollars in three Icelandic banks that failed in 2008. Gunnlaugsson was then a member of Parliament. He became prime minister in 2013.

Gunnlaugsson’s wife said in a social-media post that the account was hers and that she had paid taxes on it; she also denied any wrongdoing. Her husband said in a recent radio interview that “it is not a tax haven if all assets were declared in the home country, as my wife has done.”

The report also shed new light on a British gold heist that has been dubbed the “Crime of the Century.”

On Nov. 26, 1983, robbers stole nearly 7,000 gold bars from the Brink’s-Mat warehouse at London’s Heathrow Airport, along with cash and diamonds. The gold was smelted and sold; much of the money was never recovered.

The consortium report cited an internal Mossack Fonseca memo that said one of the principals of a Panamanian company set up by Mossack Fonseca 16 months after the robbery was “apparently involved in the management of the money from the famous theft from Brink’s-Mat in London. The company itself has not been used illegally, but it could be that the company invested money through the bank accounts and properties that was illegitimately sourced.”

A spokesman for Mossack Fonseca said that any allegations that the firm helped conceal money from the Brink’s-Mat heist are “entirely false.”