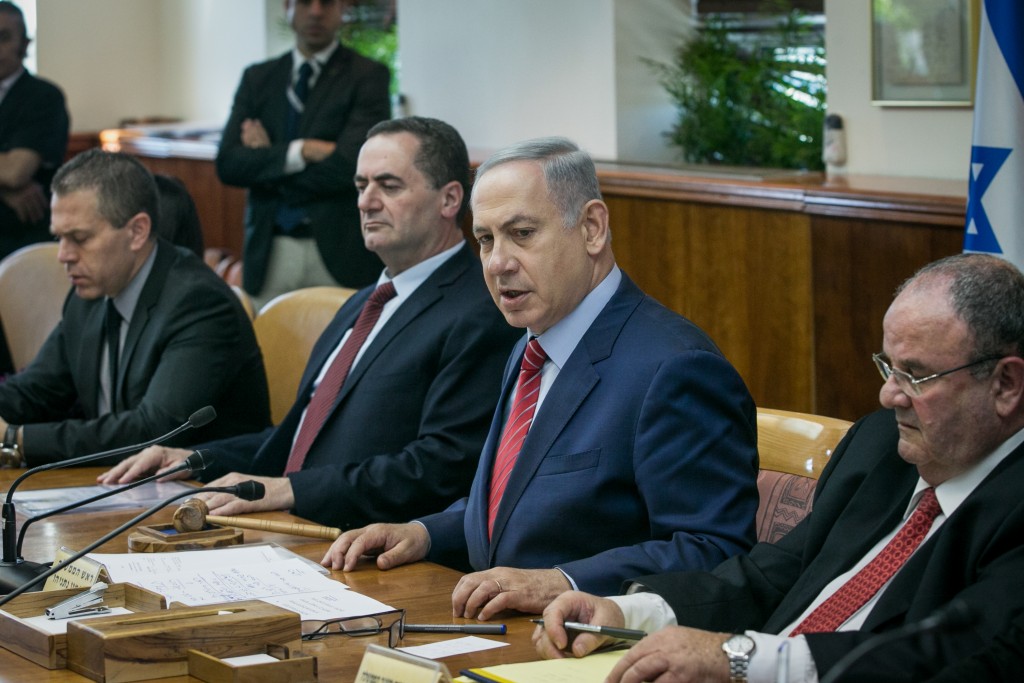 During the cabinet’s weekly meeting in Yerushalayim on Sunday, Prime Minister Binyamin Netanyahu addressed the Bank of Israel’s annual report on the Israeli economy that he received earlier in the day from Bank of Israel Governor Dr. Karnit Flug.

“A short while ago I received the annual report from the Governor of the Bank of Israel,” said Netanyahu.

“Our economy is at full employment; unemployment is at what they call ‘a historic low.’ This is good news. As a result of this, real wages have risen considerably and will rise in other sectors as well. Several days ago, the salaries of police officers rose by between 30-50 percent of the base salary, and wages have risen for Israeli citizens as a whole, and this is important. We also see a moderate decline in inequality. We still have much work to do here, but overall this is good news.

“The key to the future depends on growth. It must be understood that everything that we want to achieve vis-à-vis budgets, services, and improving infrastructure, everything that is important for a citizen, requires growth.

“Last week,” added the Prime Minister, “We did something very big for growth. We began talks on a free trade agreement with China. This has been a goal of the State of Israel for many years. It holds the potential for very significant growth in exports. At the same time, we are talking with Japan about a most favored nation trade agreement with the State of Israel. I and the entire government are working to open Asian markets for the Israeli economy. This is a significant – I would even say historic – change.

“And indeed, while that growth will come from opening export markets, our growth also depends on extracting gas from the sea. This will give us many years of growth and will bring many billions into the Israeli economy, for the welfare of Israel’s citizens. We will not give up on the matter.”

Netanyahu went on to criticize Israeli bureaucracy and government regulation, calling them impediments to stronger economic growth. Echoing earlier statements, he pledged to curb excessive regulations which he claimed were harming business.

“One of the reasons why the Israeli economy is not making full use of its potential is because there are overly high standards and excessive bureaucracy and regulation. This excess is passed on to the consumer in the form of higher prices for services and, of course, we are dealing this. We will make a series of decisions now that will greatly simplify the establishment of business regulations in the State of Israel and will also allow the elected government to truly govern. We were elected in order to bring results to the citizen. We need the best tools to do this. In the end, we are measured by results, not by bureaucracy.”