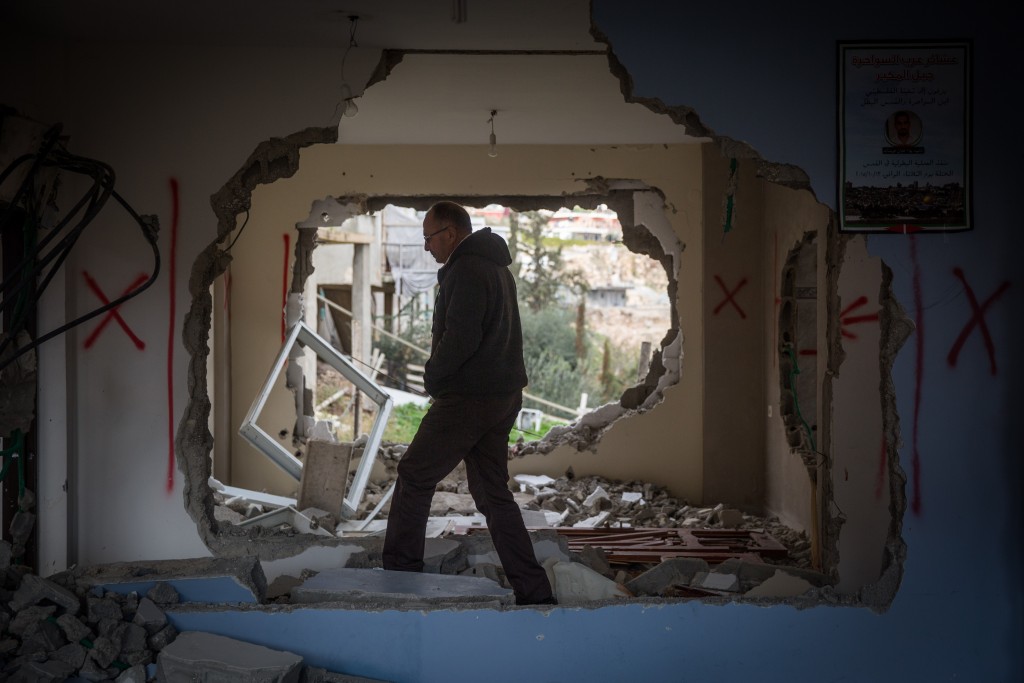 The High Court has ruled against the IDF’s demolition of part of the house belonging to the family of a terrorist who was involved in the murders of Aharon Banita-Bennett and Rabbi Nechemia Lavi, Hy”d, in Yerushalayim in October 2015. Judge Menachem Mazuz, who was presiding, received the appeal against the demolition from attorneys representing the family of the terrorist, Abed Al-Aziz Mer’ie.

According to Mazuz – who traditionally takes a stance against house demolitions – the IDF’s plan to demolish the second floor of the family’s house was out of place, because the terrorist only lived there on weekends and on holiday breaks when he was not attending Abu Dis University.

Mazuz added in his ruling that even if Mer’ie lived in the house on a regular basis, it should still not be demolished, because his parents had nothing to do with the attack.

Rabbi Lavi was murdered on October 3, 2015, when a knife-wielding Arab attacked Aharon Bennett​, his wife, their two-year-old son and infant on their way from davening at the Kosel. Rabbi Lavi, an Old City resident and IDF reserve officer, went down with his gun to try and save those wounded by the Arab terrorist in the attack, but the terrorist stabbed him and seized his weapon. Lavi and Bennett, who were both stabbed in the upper body and unconscious when paramedics arrived at the scene, died in the hospital shortly afterwards. Rabbi Lavi, a father of seven, was a teacher at Yeshivas Ateret Kohanim in the Old City.

This attack was one of the first in the current terror wave.