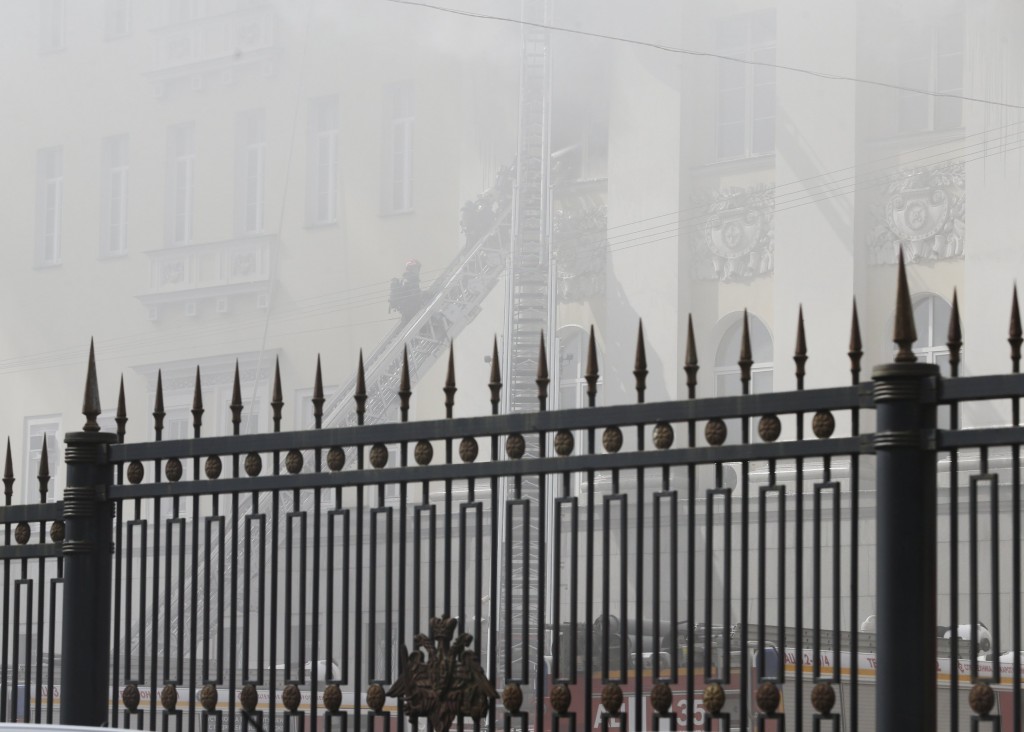 A fire ripped through the Russian Defense Ministry building in central Moscow on Sunday, sending plumes of smoke over the Russian capital as fire fighters battled to extinguish the blaze.

Photographs from the scene showed fire fighters scaling ladders to access the building’s upper floors with fire engines pumping water through hoses placed on the ground floor. Traffic through central Moscow was diverted.

Major-General Igor Konashenkov, on the scene, told the Interfax news agency that the flames had been put out, but that work was continuing in parts of the building that were still generating smoke  or smoldering.

A source told Interfax the fire may have started as a result of a short circuit involving old electrical wiring. The Emergency Situations Ministry said the fire had covered an area of at least 50 square meters.

The Defense Ministry told Interfax the fire would not hamper its operations.