National Drones Are 400,000 Strong and The Pentagon Sees Them as an Emerging Threat
National 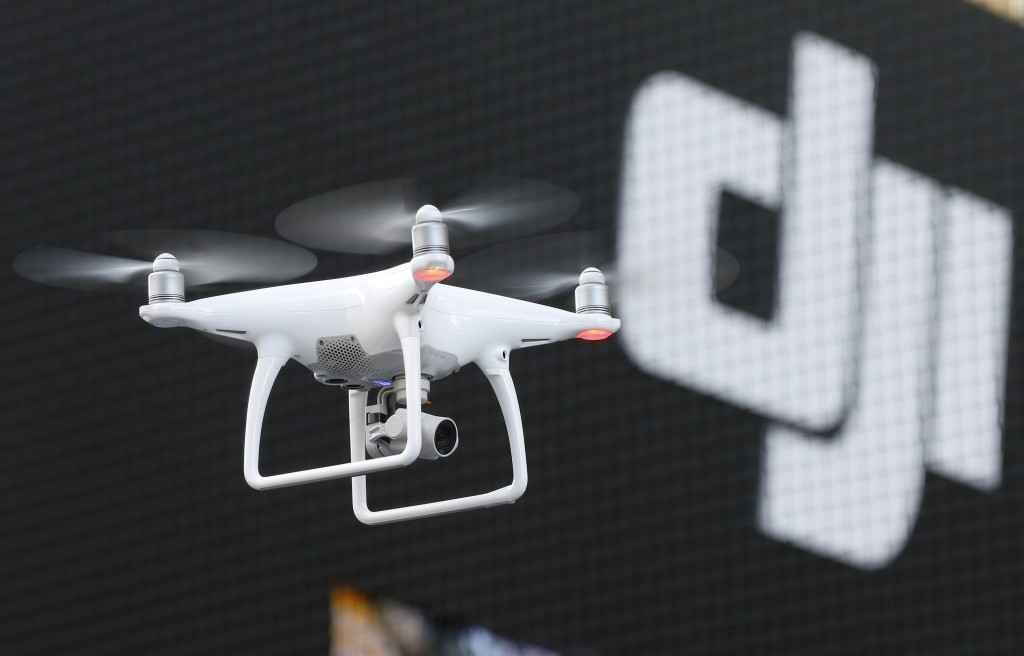 The Pentagon, the world’s largest user of drones, has posted a new policy on signs outside the mammoth five-sided building: No Drone Zone.

The signs, complete with a red slash through an image of a quadcopter drone, reflect America’s growing concern about the proliferation of the small, inexpensive remote-controlled devices and the risk they pose to safety, security and privacy.

Federal law prohibits flying a drone anywhere in and around Washington, an area known as the National Capital Region. Other communities and institutions across the country are wrestling with the potential threat from more than 400,000 private and commercial drones now registered to operate in the skies.

Under the law, hobbyists and commercial users must keep unmanned aircraft below 400 feet and avoid flying within five miles of an airport to avoid endangering manned aircraft. With a maximum weight of 55 pounds, even a recreational drone could disable a jet flying hundreds of miles per hour.

“Introduction of unmanned aircraft into America’s airspace must take place incrementally and with the interest of safety first,” said Laura J. Brown, spokeswoman for the Federal Aviation Administration.

But some drone operators regularly ignore or flout the law.

Pilots reported 238 sightings of drones in 2014, the first year such sightings were tracked, according to the FAA. Drone sightings jumped to 583 — or nearly 100 per month — in the six months between August 2015 and January 2016, the FAA’s most recent records show.

On Jan. 15, for example, Compass Airlines reported a near collision with a black-and-silver drone at 5,700 feet as the passenger jet came in for a landing at Los Angeles International Airport.

A day earlier, a pilot in a single-engine Cessna spotted a blue drone hovering at 9,500 feet above Riverside. That same week, a pilot landing at El Cajon reported three drones off his right side at about 500 feet in altitude — one with yellow lights, one with green lights, and one with red lights.

The risk hit the headlines in January 2015 when a 2-foot-by-2-foot quadcopter crashed on the South Lawn of the White House at about 3 a.m., triggering a Secret Service lockdown of the compound. President Barack Obama and the first lady were overseas, but their two daughters were home.

The recreational drone, called a DJI Phantom, posed no danger. But it had evaded radar that is calibrated to detect much bigger threats, like an airplane or a missile.

The Justice Department ultimately decided not to charge the drone’s operator, a federal employee. He had lost control of the device several blocks away earlier in the evening and did not intend to fly it near the White House, officials said.

Late one night in October, a much smaller quadcopter crashed near the Washington Monument, behind the White House. In that case, U.S. Park Police issued the owner an $85 citation for operating an unmanned aircraft in a restricted zone.

To help identify drones, the FAA requires owners to register their aircraft in a federal database before they fly it outdoors. Since the registry went live in late December, more than 406,000 people have registered. That compares with about 590,000 pilots licensed by the FAA to fly manned aircraft.

People who do not register their drones could face a civil penalty of up to $27,500 or criminal penalties of up to $250,000 and three years in prison for noncompliance.

Off-the-shelf drones are difficult to detect and monitor because they fly low and slow, and don’t carry a radio transponder to signal their position. Most drones are made primarily of plastic and are too small for radar detection.

Drones are banned from flying above most stadiums hosting concerts or sporting events. The FAA advises against flying drones over what it calls critical infrastructure, including power plants, prisons and office buildings, but it is not illegal.

On March 16, the Senate Committee on Commerce, Science and Transportation approved a bill that would make the FAA the nation’s sole regulator of drones. If signed into law, the bill would supplant the patchwork of local and state drone laws that have popped up.

Last year, 45 states considered 168 bills meant to regulate use of drones, according to the National Conference of State Legislatures, which documents state laws. So far, 26 states have moved to limit police use of drones, bar drone surveillance over private property, or impose other restrictions.

Poway, for instance, passed an ordinance in September that prohibits drones within two miles of a wildfire or other public emergency – the first such ban in San Diego County – after drones hindered firefighting efforts. Violators can be fined $1,000 and face possible jail time.

General Atomics Aeronautical Systems Inc., which makes the Pentagon’s MQ-1 Predator and MQ-9 Reaper missile-firing drones, is based in Poway.

“There’s a great irony that one of the world’s largest drone manufacturers is based here and is our largest employer,” Poway’s mayor, Steve Vaus, said in a telephone interview. “But we wanted an enforceable ordinance on the books to protect our first responders in the case of an emergency.”

Inevitably, the boom in drone sales has created a market for countermeasures, including devices intended to disable drones by jamming their signals in midflight.

DroneShield, based in Herndon, Va., builds sensors that it says can detect the unique audio signature of a drone in flight, and send an alert if drones fly near a stadium, prison or other restricted property. The company says it has installed about 200 acoustic detection systems so far.

“The chance of drones being used in a way that endangers security and privacy is increasing,” James Walker, chief executive of DroneShield, said in a telephone interview. He said the company’s devices will be used during the Boston Marathon on April 18 to notify police if unauthorized drones fly near the runners or spectators.

William “Willie” Merideth, a truck company owner in Hillview, Ky., was grilling dinner for his family on a warm Sunday evening in July when he saw a small drone with a camera mounted on it pass near his property three times in half an hour, he said.

He went inside and grabbed his Binelli shotgun and a few shells of birdshot. After the third blast, the drone fell into the woods behind Merideth’s house.

“We had no idea who owned it, what they were up to. Were they looking for stuff to steal? Were they stalking kids? You just don’t know,” Merideth said in a telephone interview. “There was no other recourse for me to stop them from coming over my property.”

The incident has made Merideth a folk hero in corners of the internet where gun enthusiasts and privacy advocates meet.

The Pentagon takes a similar position. It was a terrorist target on Sept. 11, 2001, is on the flight path to nearby Ronald Reagan Washington National Airport, and is the obvious focus of foreign surveillance.

“We’re going to leverage every capability we can to protect this building,” said Daniel P. Walsh, assistant director for security integration and technology at the Pentagon Force Protection Agency. “This is an emerging threat.”