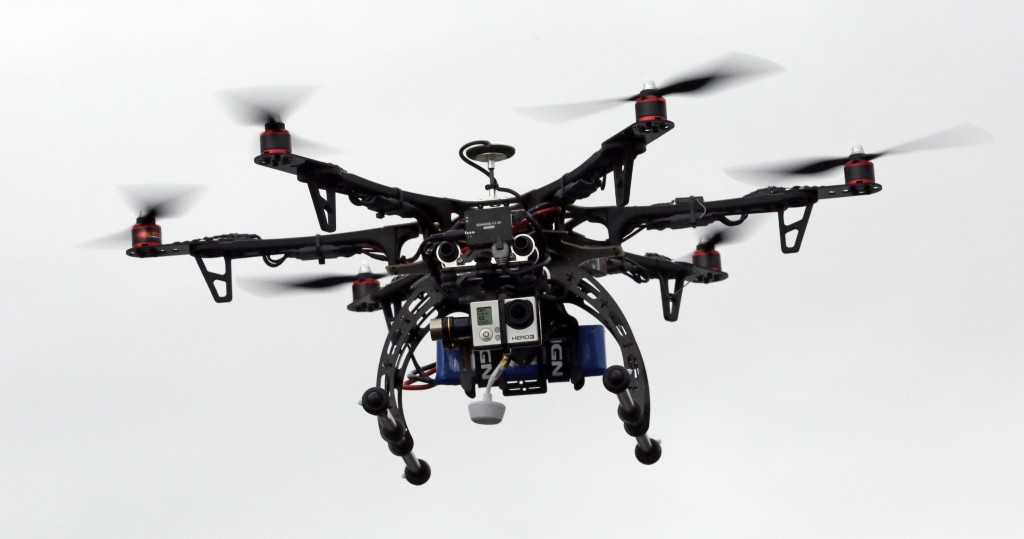 A government-sponsored committee is recommending standards that could clear the way for commercial drone flights over populated areas and help speed the introduction of package delivery drones and other uses not yet possible, The Associated Press has learned.

The Federal Aviation Administration currently prohibits most commercial drone flights over populated areas, especially crowds. That ban frustrates a host of industries that want to take advantage of the technology.

The recommendations call for creating four categories of small drones that commercial operators can fly over people, including crowds, in some cases.

The first category of drones would weigh no more than about a half-pound. They essentially could fly unrestricted over people, including crowds. Drone makers would have to certify that if the drone hit someone, there would be no more than a 1 percent chance that the maximum force of the impact would cause a serious injury.

For the three other categories, the drones would have to fly at least 20 feet over the heads of people and keep a distance of at least 10 feet laterally from someone.

According to the recommendations:

-Drones in the second category are expected to be mostly small quadcopters – drones with multiple arms and propellers, and weighing 4 pounds to 5 pounds – but there is no weight limit. Flights over people, including crowds, would depend on the design and operating instructions. Manufacturers would have to demonstrate through testing that the chance of a serious injury was 1 percent or less.

-Drones in the third category could not fly over crowds or densely populated areas. These drones would be used for work in closed or restricted sites where the people that the drones fly over have permission from the drone operator to be present. Those people would be incidental to the drone operations and flights over them would be brief, rather than sustained. Manufacturers would have to show there was a 30 percent chance or less that a person would be seriously injured if struck by the drone at the maximum strength impact possible.

-Drones in the fourth category could have sustained flights over crowds. The operator would have to work with the FAA to show that the flights could be conducted safely and “engage” the local community while developing the plan. As before, the risk of serious injury would have to be 30 percent or less. Safety tests would be more exacting and the FAA would set a limit on how strong the drone’s maximum impact could be.

“The risks are nominal,” said Michael Drobac, executive director of the Small UAV Coalition. “The reality is the technology would likely save lives rather than threaten them.”

The FAA announced the formation of the committee in February as a way to circumvent traditional federal rule-making procedures, which can take years. The committee was made up of 27 companies or trade associations, including drone manufacturers and companies that want to fly drones, as well as airline and private pilots, airports, crop dusting companies and helicopter operators.

A last-minute disagreement nearly kept the committee from meeting the Friday deadline for the recommendations.

The Air Line Pilots Association and trade associations for the helicopter and crop dusting industries wanted to require that all commercial drone operators pass an aviation knowledge test administered in person by the FAA and receive a background check from the Transportation Security Administration, according to an industry official familiar with the discussions.

Most committee members opposed requiring anything more than an online knowledge test. The matter was resolved by the inclusion of a dissent by those in favor of the FAA test and TSA clearance. The official spoke on condition of anonymity because he was not authorized to speak publicly about internal discussions.

The FAA initially described the panel as a “micro” drone committee. The agency defines such drones as those weighing less than 4.4 pounds. But the committee decided not to set a weight limit for most of the categories. That means it’s possible that any “small” drone, which the FAA defines as weighing less than 55 pounds, could win approval to fly over people if the drone met the safety criteria laid out in the recommendations. For example, a smaller drone that flies at higher speeds with fast-moving propellers may prove more of a risk than a heavier drone that flies more slowly and whose propellers don’t rotate as quickly.