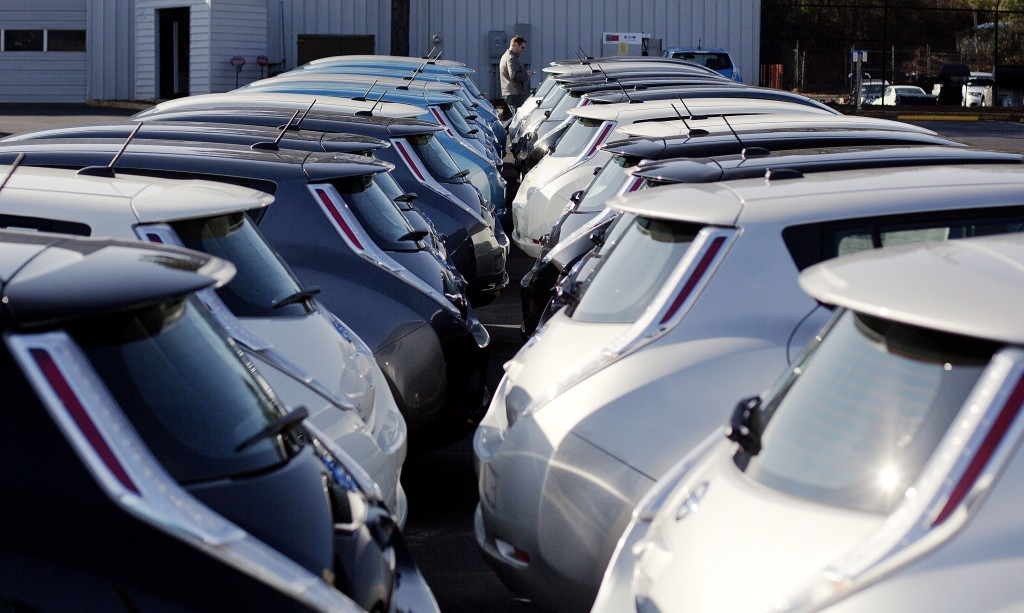 Most major automakers reported big U.S. sales gains in March, as the auto industry appeared to be headed for its best month in more than a decade.

But there were signs that some companies were working harder for sales by raising discounts on cars and selling more vehicles to rental-car companies at lower profits.

Ford, Honda, Fiat Chrysler and Nissan all reported big sales increases, largely driven by SUVs and trucks. General Motors, which has been cutting back on sales to rental-car companies, saw a slight sales increase and said its retail sales to individual buyers rose 6 percent.

Yet the overall sales increase, expected to be around 7 percent, showed that Americans are still buying in big numbers, despite predictions by some analysts and dealers that sales have peaked.

The sales figures, coupled with Friday’s announcement that U.S. employers added 215,000 jobs in March, showed that the economy remained healthy despite stock-market turmoil. Unemployment rose slightly to 5 percent, but that was because the number of Americans looking for work has increased.

Nissan sales were up 13 percent, hitting a record for any month in its history. At Fiat Chrysler and Ford, sales were up 8 percent, while they grew 0.9 percent at General Motors. Honda reported a 9 percent increase fueled largely by the all-new Civic compact. Ford and Fiat Chrysler posted their best March numbers in a decade.

Kelley Blue Book says sales should come in around 1.66 million cars and trucks for the month, which could be the biggest number for any month since July 2005.

But some analysts say there are troubling signs for automakers beneath the numbers. Last month had two more selling days than a year ago, and spending on discounts is on the rise.

Discount spending, while good for new-car buyers, cuts profits and hurts used-car values. High incentive spending is one of the factors that led to the industry’s financial troubles in 2008. The auto-pricing site TrueCar.com said that automakers averaged just over $3,000 in discounts per vehicle in March, up more than 10 percent from a year ago.

The increase comes mainly because automakers are having trouble selling cars as the U.S. market shifts to trucks and SUVs, according to J.D. Power and Associates. Discounted cars can push down used-car values so buyers have less to trade in, said Thomas King, a J.D. Power vice president.

Incentive spending last month rose toward recession-era levels as car discounts grew to 12.3 percent of the manufacturer’s sticker price, but truck and SUV discounts stayed stable at 8.2 percent, King said. This means consumers looking for cars are likely to find good deals for the rest of the year, but trucks and SUV buyers won’t see big discounts.

At Fiat Chrysler, car sales fell 34 percent for the month, but truck and SUV sales rose 23 percent. Sales of the top-selling car in the U.S., the Toyota Camry, fell 9 percent in March to just under 37,000.

Mark LaNeve, Ford’s U.S. sales chief, said he’s seeing increased car discounts because of the market shift toward SUVs and trucks, but “not anything that would be alarming.”